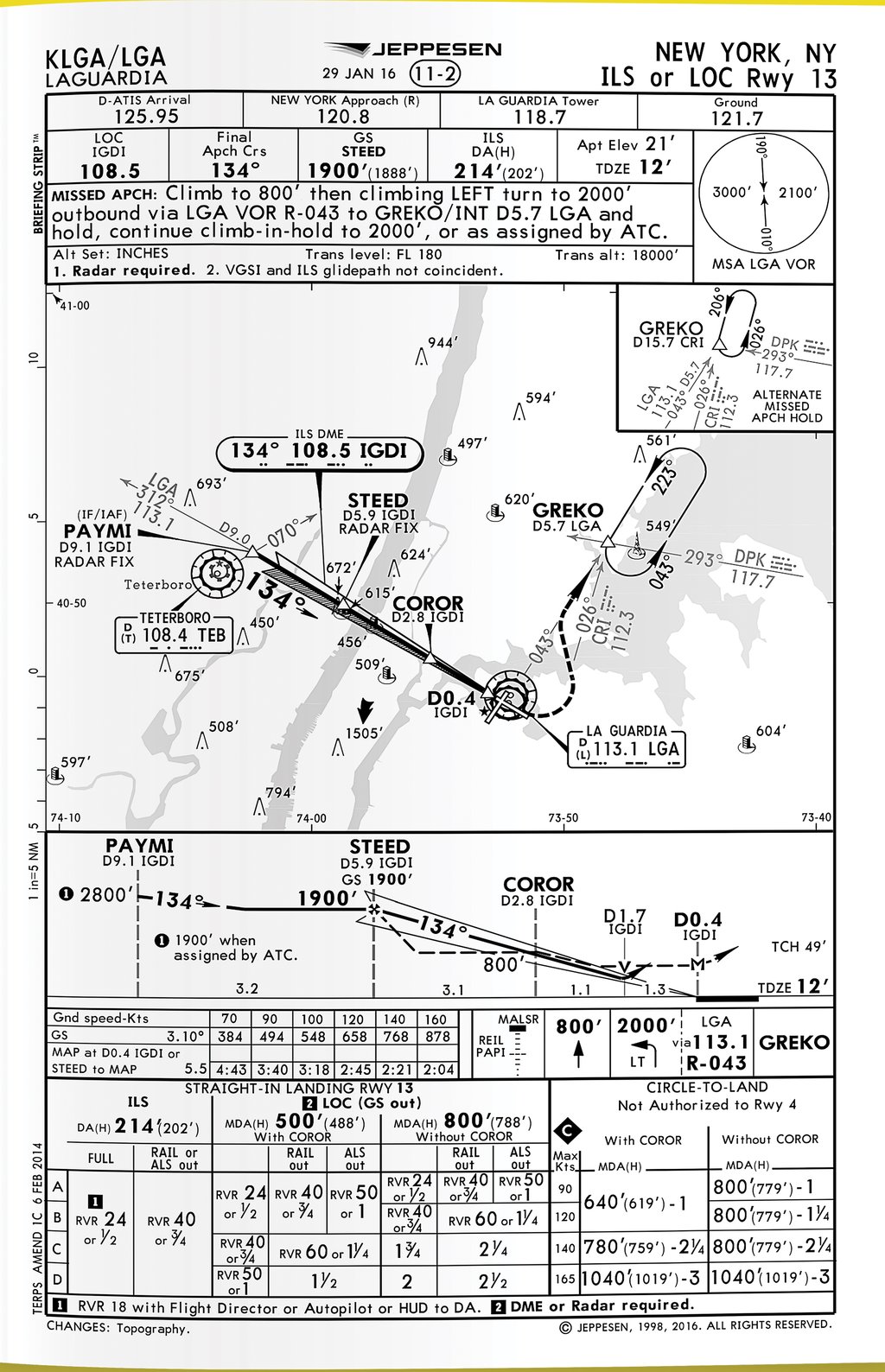 Most ILS approaches are constructed pretty much the same way. The environment in which a pilot might fly them can vary widely, however, and is important to consider.

At an airport like New York’s La Guardia, which sees 375,000 annual takeoffs and landings, the ILS Runway 13 at the airport is used often. These traffic numbers should serve as a reminder to any PIC that when some of the best of New York’s controllers are vectoring aircraft for the approach, their instructions are often spewing out at near warp speed. Woe then to the pilot who hasn’t closely studied this approach plate before making their first radio call to New York Approach.

(This article has been updated for clarification.)