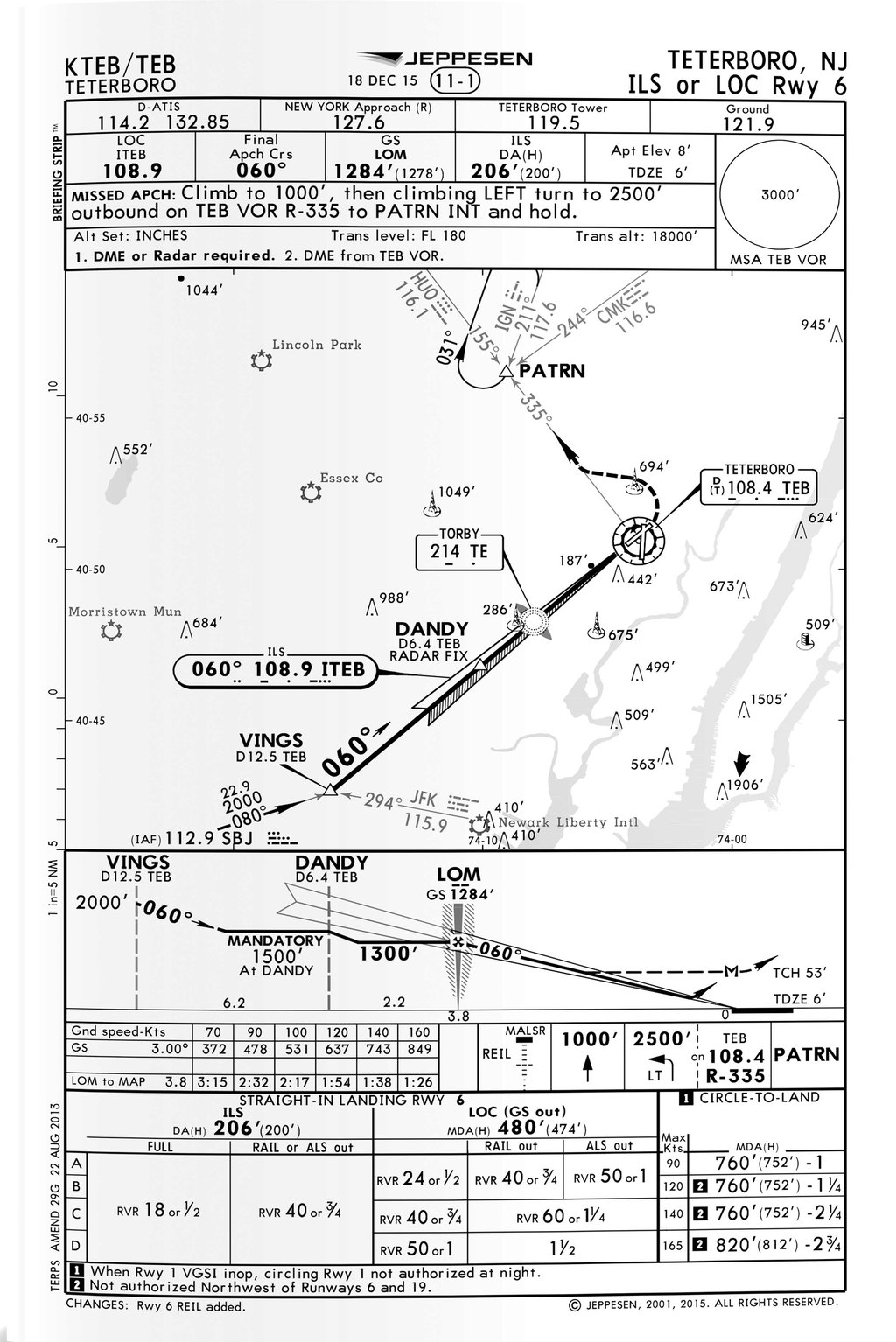 Teterboro is one of the busiest business aviation airports in the United States, handling 178,000 takeoffs and landings annually, many on IFR flight plans. Most runways offer a straight-in approach, except Runway 1. KTEB’s proximity to nearby Newark Liberty means the best approach available to Runway 1 is the ILS Runway 6, circle to land Runway 1.