Three-quarters of the globe behind them, Amelia Earhart and her navigator, Fred Noonan, now had only the Pacific Ocean left to cross. They took off midmorning from Lae, Papua New Guinea, on July 1, 1937, bound for Howland Island, an 8,200-foot-long, paramecium-shaped speck halfway to Honolulu. A runway had been carved out on the uninhabited island for their use. Fuel awaited them, and the US Coast Guard cutter Itasca stood by with radio-direction-finding equipment. Earhart would navigate by pilotage and dead reckoning until nightfall; they would then rely on Noonan’s celestial navigation until the sun rose an hour before their anticipated arrival. Thereafter, Earhart would dead-reckon again.

They reached the vicinity of Howland Island and then disappeared.

The belief that they still had several hours’ worth of fuel as they approached Howland Island—and that their Lockheed Electra could therefore have ended up anywhere within a wide radius that included a number of other islands—spawned a thousand fanciful alternatives to the obvious, and prosaic, explanation for their disappearance: They failed to find microscopic Howland, ran out of fuel, were swallowed by the Pacific.

In the course of weeding out old papers, I came upon a 1999 study of some technical aspects of that fatal flight. Its thesis was that the fuel duration of 24 hours commonly attributed to the Electra was incorrect for several reasons, and that the real figure was probably between 20 and 21 hours. This meant that when the Itasca last heard from Earhart, 20 hours and 13 minutes after takeoff, her fuel was, as she herself reported, running low, and the Electra could not have reached any land other than Howland or the nearby—and even smaller—Baker Island.

The authors, a professor and a graduate student from Caltech, note that to begin with, the high daytime temperature at tropical Lae would have made the fuel less dense. Fuel is stored by volume but consumed by mass, and so the flight duration provided by the fuel—1,100 gallons—would have been half an hour less than expected. Furthermore, the calculated range of the airplane did not take into account the effect of altitude on specific fuel consumption.

In principle, this should not have mattered; the Electra would have still had sufficient fuel for the 2,600-mile trip and then some. But nature failed to cooperate. A 26 mph headwind blew over the entire route, increasing the effective distance to nearly 3,100 miles.

(I am using statute miles instead of nautical because legendary Lockheed designer Kelly Johnson, who will enter the story shortly, did—and also because I think nautical miles are silly.)

If the National Transportation Safety Board had been around to report on the mishap, it would have faulted the pilot’s preflight and en route decision-making. With two 600 hp radial engines, the Electra was capable of around 3 miles per gallon in still air. Making deductions for taxi, takeoff and climb, it would have had a reasonable fuel reserve had the air been still. But clearly a 3,100-mile trip was a more dubious proposition, especially since pinpoint navigation could not be expected.

In March, Kelly Johnson had provided Earhart with a table of speeds and altitudes to fly for the best range. Specific range—what we term “miles per gallon”—is not terribly sensitive to small differences in speed, and so Johnson gave Earhart a single speed to fly: 150 mph. It seems to be a matter of historical uncertainty whether he meant a true or an indicated airspeed. Aerodynamically speaking, the best-range speed is an indicated speed. But best-range indicated airspeeds, during the last part of the trip when the airplane was light, would have been closer to 130, and so it’s pretty certain Johnson meant true.

Perhaps in order to keep things simple for Earhart, who was known to be dismissive of technical complications and probably had her own ideas about how to fly the Electra, Johnson further specified that she should fly at 4,000 feet for the first three hours, step-climbing 2,000 feet at three-hour intervals thereafter until arriving at 10,000 feet, where she would remain for the duration of the flight. Increasing altitude would have had the effect of causing her indicated airspeed to diminish gradually without saddling her with a confusing list of ever-changing speeds to fly.

Johnson’s guidance included corrections for headwinds and tailwinds. Against a headwind, Earhart knew that the best-range speed increases by about a quarter of the headwind component; flying faster consumes more fuel but also reduces the time spent exposed to the head wind. The 26 mph headwind would have required adding 6 or 7 mph to Johnson’s 150 mph target speed. Earhart actually increased her speed by slightly more; at one point, she reported that her true airspeed was 140 knots, or approximately 161 mph.

The Caltech authors analyzed Earhart’s flight under several sets of assumptions. The largest uncertainty is introduced by the lack of precise information about the engines’ specific fuel consumption. On the basis of the best available information about the airplane and its engines, and of Earhart’s radioed reports during the course of the flight, they concluded that she would have run out of fuel after 20 hours and 38 minutes in the air. Varying the specific fuel consumption by plus or minus 5 percent adds or subtracts an hour.

Earhart reported “over Itasca” 19 hours, 12 minutes after takeoff. This position was an estimate, however, based on Noonan’s celestial navigation, which may have been hampered by the Electra’s lack of an astrodome to permit good star sights. At some point, Earhart reported that she had descended to 1,000 feet, I assume because of clouds. I think she probably also slowed to the speed for best endurance, around 120 mph, while searching for the island.

There were difficulties with the radios. Voice communications were hard to understand, Earhart did not know Morse code, and she may not have adequately understood some of the subtleties of her prototype Bendix ADF. She was unable to get a bearing on the cutter, and the cutter could not get a bearing on her. At 1,000 feet, visual range would have been limited by the horizon, and the island, no part of which rises more than 20 feet above sea level, would have been hard to spot from more than a few miles off.

For any airplane, an ideal range can be calculated by the Breguet range equation, which takes as inputs aerodynamic and propulsive efficiencies and the fraction of the airplane’s initial takeoff weight that is fuel, and yields the greatest distance the airplane can possibly fly. Would-be long-distance flyers take great solace from this famous equation because the efficiencies they select for the calculation are invariably optimistic.

What is striking about Breguet range, however, is how sensitive it is to small variations in specific fuel consumption and propulsive efficiency. That sensitivity translates, in actual practice, into a need to build large margins for error into planning for flights of anything near an airplane’s theoretical maximum range, as well as to assess unexpected conditions, such as headwinds, with great caution. The combination of headwinds, the fuel capacity of the airplane, the limited navigational precision and the tiny size of the target made Earhart’s flight risky. Radio, in effect, should have made the tiny island much larger, but when the radio direction finders did not work, everything came down to luck. Luck had served the intrepid Earhart pretty well in the past, but on that fateful day, like her fuel, it ran out. 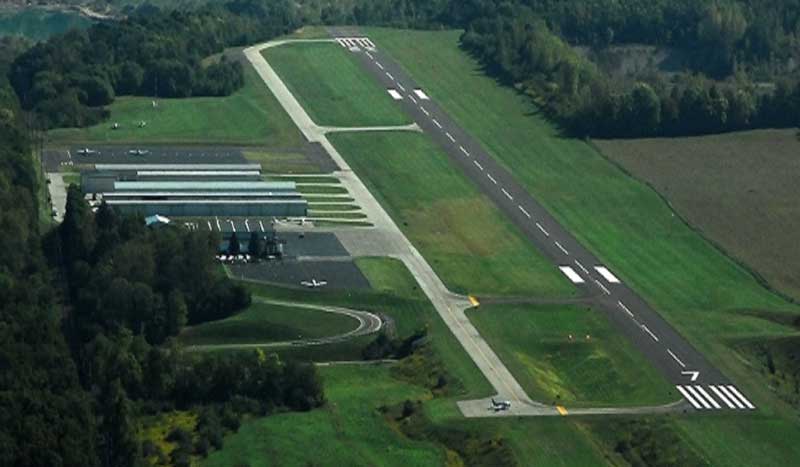 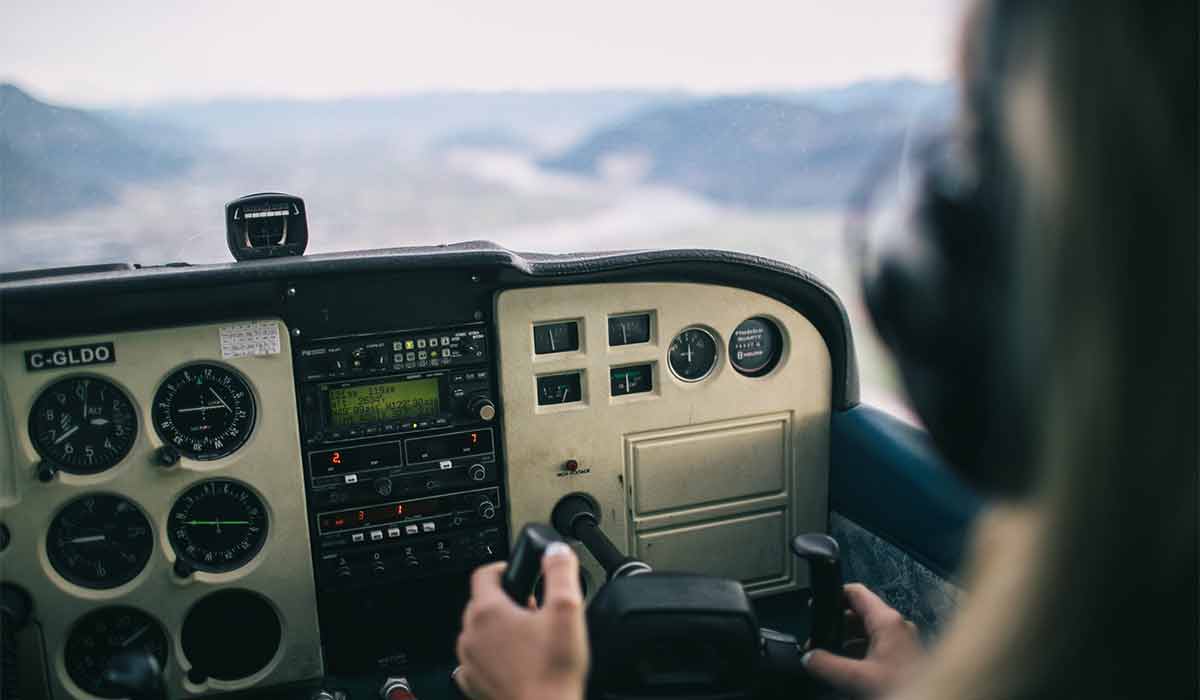