Home / Training / How Long Does It Take to Become an Airline Captain?

There are many interesting and lucrative ways to make a living flying airplanes, but one of the most enticing jobs is that of a senior captain for a major airline. Those at the rarefied top of their profession typically enjoy a salary in the healthy six figures, a highly flexible schedule-with up to 20 days off per month-and the prestige and romance of guiding large and complex airliners to exotic destinations around the world. Of course, these handsome rewards come only at the pinnacle of a long career; in considering this path, one must also weigh the time and money that must be invested in the meantime.

One of the questions most frequently asked by commercial pilot hopefuls is “How long will it take me to get hired at a major airline?” The honest answer is a frustratingly unhelpful one: It depends. The airline business is a notoriously cyclical industry, and the traditional career path will likely evolve as airlines struggle to cope with the ongoing pilot shortage. Still, a look at the current job requirements, industry outlook and prospects for advancement will give you a pretty good idea of the potential time frame involved.

The traditional civilian path to the major airlines hasn’t changed that much over the years. Becoming an airline pilot looks something like this:

A four-year degree is still strongly desired by most major airlines, but it needn’t add four years to the beginning of your career. Career changers might have a degree already; the airlines don’t show any preference for aviation majors. High school students can get an early leg up by earning college credit through Advanced Placement courses or community-college enrollment. Another option is to complete a two-year degree concurrent with flight training and then finish your bachelor’s degree via a satellite or online program while building flight time.

How Long is Flight Training?

Flight training from the private pilot certificate to the CFI rating can take as little as six months of full-time training in an accelerated program at a reputable flight school. It might take you up to two years if you’re training independently or on a part-time schedule. Accelerated programs at a Part 141-approved school typically cost more than a mom-and-pop FBO training under Part 61, but they will put you in a position to build flight time and get hired at an airline sooner.

If you’re employed full time and flying frequently, it could take you anywhere from 12 to 30 months to build the 1,000 to 1,500 total hours of flight time necessary for the next step.

Turbine PIC time is a requirement at most major airlines. Note that many will hire some well-connected applicants without turbine PIC time, and we suspect it will have less importance as the pilot shortage deepens. But for now, you cannot count on getting hired without it, which means a stint at a regional airline or other turbine-aircraft operator. Upgrade times vary widely by company and can change significantly without warning, but at present it is not difficult to get hired at an operator with upgrade time of around two years, and to build the required turbine PIC time within an additional two years.

Get Motivated to Build Flight Time

Considering all the above, you can see that a motivated and hardworking 18-year-old high school graduate could potentially earn a two-year degree, complete flight training, build time, get hired by a turbine operator, finish their four-year degree, upgrade and accrue enough turbine PIC time to be hired by a major airline by the time they are 25.

An older career changer who already has a four-year degree could potentially go from zero hours to a major airline in five or six years. Of course, one must also consider that unforeseen circumstances could slow one’s advancement. Historically, it has often taken between 10 and 15 years from the beginning of flight training to getting hired at a major airline.

Once hired by a major, advancement is entirely a matter of company growth, pilot retirements and one’s personal preferences. Currently, several legacy and low-cost carriers have upgrade times (into narrow-body aircraft at junior bases) of less than two years. Most pilots elect to remain in the right seat for much longer, being paid slightly less but enjoying better seniority and the quality of life that comes with it. Likewise, one might choose to remain on a domestic narrow-body fleet long after their seniority can hold a widebody position flying international routes.

Overall, between post-consolidation industry stability and the historically large number of pilots set to retire in the coming years, those being hired at the major airlines should enjoy steady advancement and a good return on the time and money they have invested in their careers.

Video: Go Behind the Scenes at the Reno Air Races 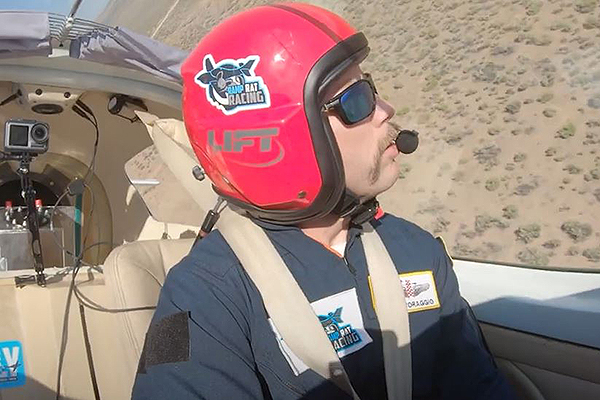