You might be surprised to learn that all airplanes aren’t able to fly at every altitude. That’s because airplanes have different designs and capabilities for certain flight profiles and missions. This article will explain some of the nuances that determine how high different airplanes fly. It will also outline the highest altitude that some popular airplanes are designed to fly. Finally, it will lay out the effect altitude has on airplane performance, as well as factors such as weather and passenger comfort that explain why pilots choose to fly at various altitudes.

What is Maximum Altitude?

All airplanes are certified by their manufacturers to fly up to a maximum altitude. This altitude is discovered during the production and flight-testing phase under federal regulations to ensure the airplanes can operate safely in normal operations. Some reasons airplanes are limited to certain altitudes are to protect the airframe, engines, and other critical onboard systems.

What is Cruising Altitude?

The cruising phase of flight begins after an airplane levels off after a climb and remains until it initiates a descent for landing. The cruise phase is the majority of the flight.

Generally, the higher an aircraft gets, the less fuel it is required to use, as the air at higher altitudes is less dense, therefore, creating less drag. However, some airplanes are more fuel efficient than others, especially based on the type of engine they have. So some airplanes, such as those with piston engines, can only fly at lower maximum altitudes. Meanwhile, turboprops and turbine engines allow other airplanes to fly higher.

The Airbus A380 is a wide-body airliner made by French manufacturer Airbus. It is powered by four turbine engines and was designed to compete with the Boeing 747. The A380 is certified to fly as high as 43,000 feet, according to the manufacturer’s certification.

The Boeing 777 is a wide-body, long range airliner made by U.S. manufacturer Boeing. It is powered by two engines and is the largest twin jet aircraft. The Boeing 777 is certified to fly as high as 43,100 feet, but typically cruises between 35,000-39,000 feet.

The McDonnell Douglas F-15 Eagle is an American twin-engine fighter designed by defense company McDonnell Douglas with many variants to the design. It is powered by Pratt & Whitney engines that allow the jet to fly as high as 65,000 feet.

The Lockheed U-2, also called the “Dragon Lady” because of its high demand on pilots, was made by defense company Lockheed Martin as part of its Skunk Works innovation division. The only comparable aircraft would be Lockheed’s SR-71 Blackbird. The U-2 was designed as a reconnaissance aircraft in the 1950s and had one engine, made by General Electric. The U-2 had a service ceiling of 70,000 feet.

The Gulfstream G550 is a business jet made by Gulfstream Aerospace, a subsidiary of General Dynamic. It is comparable to Bombardier’s Global 6000 and Dassault Falcon’s 8X business jets in terms of price, range, and operational capabilities. The ultra-long-range airplane has a maximum operating altitude of 51,000 feet.

The Cessna 172 by Textron Aviation is a single-engine, piston aircraft, designed primarily as a trainer. It’s also popular for general aviation owners. It is comparable to other light aircraft like the Piper Cherokee, the Diamond DA40, and Cirrus SR20. The service ceiling for the C172 is 13,500 feet.

The Piper Cub is a light single-engine aircraft built by Piper Aircraft. It is the company’s most-produced model with more than 20,000 built between 1938 and 1947. Similar aircraft are the Aeronca Champion, Aeronca L-3, American Eagle Eaglet 31, and others. The Piper Cub has a service ceiling of 11,500 feet.

The Thunder Gull 2000 is a cantilevered, ultralight aircraft made by Earthstar Aircraft in California. It is comparable to other ultralights, such as the Kolb Firestar, Aeromarine Merlin, Aero‑Works Aerolite 103, Pterodactyl Ascender, and others. Powered by a single-cylinder, two-stroke engine—The Zanzottera MZ 34—the Thunder Gull 2000’s service ceiling is 14,000 feet.

What Stops Airplanes From Flying Higher?

As explained earlier, the limiting factors for airplanes flying higher are restrictions on the engine and airframe. Temperature cools with altitude, and engines can only sustain negative temperatures to a certain limit before they are unable to operate.

How High Do Helicopters Fly?

Helicopters can also fly at various heights based on their engine capabilities. Turbine-powered helicopters can fly up to 25,000 feet but may hover at lower altitudes. Given the shorter trips that helicopters take, they usually fly much lower, generally at 10,000 feet, where the air is denser and makes it easier to maneuver the flight controls. If a helicopter flies too high, the air becomes less dense, and the rotors have a higher likelihood of being unable to generate or maintain enough lift.

The benefits of flying at higher altitudes include flying over bad weather, turbulence, and getting to the destination generally faster. High altitudes are also scenic and offer passengers experiences like no other. Every airplane has its own altitude limitation, usually based on the engine powering it, and pilots have to decide what altitude is best for their mission.

What is the highest an airplane has ever flown?

Do airplanes fly over Mount Everest?

Though some capable turbine-powered airplanes are certified to fly higher than Mount Everest’s 29,000 feet, the bad weather around the famous peak as well as search and rescue limitations in the Himalaya Mountains dissuade many pilots from flying over Mount Everest.

How high do military jets fly?

Military jets typically fly higher than commercial and business jets travel to avoid traffic and weather. They tend to cruise between 45,000 to 51,000 feet, and have powerful engines that allow them to climb to those altitudes quickly.

How To Do Drone Photography 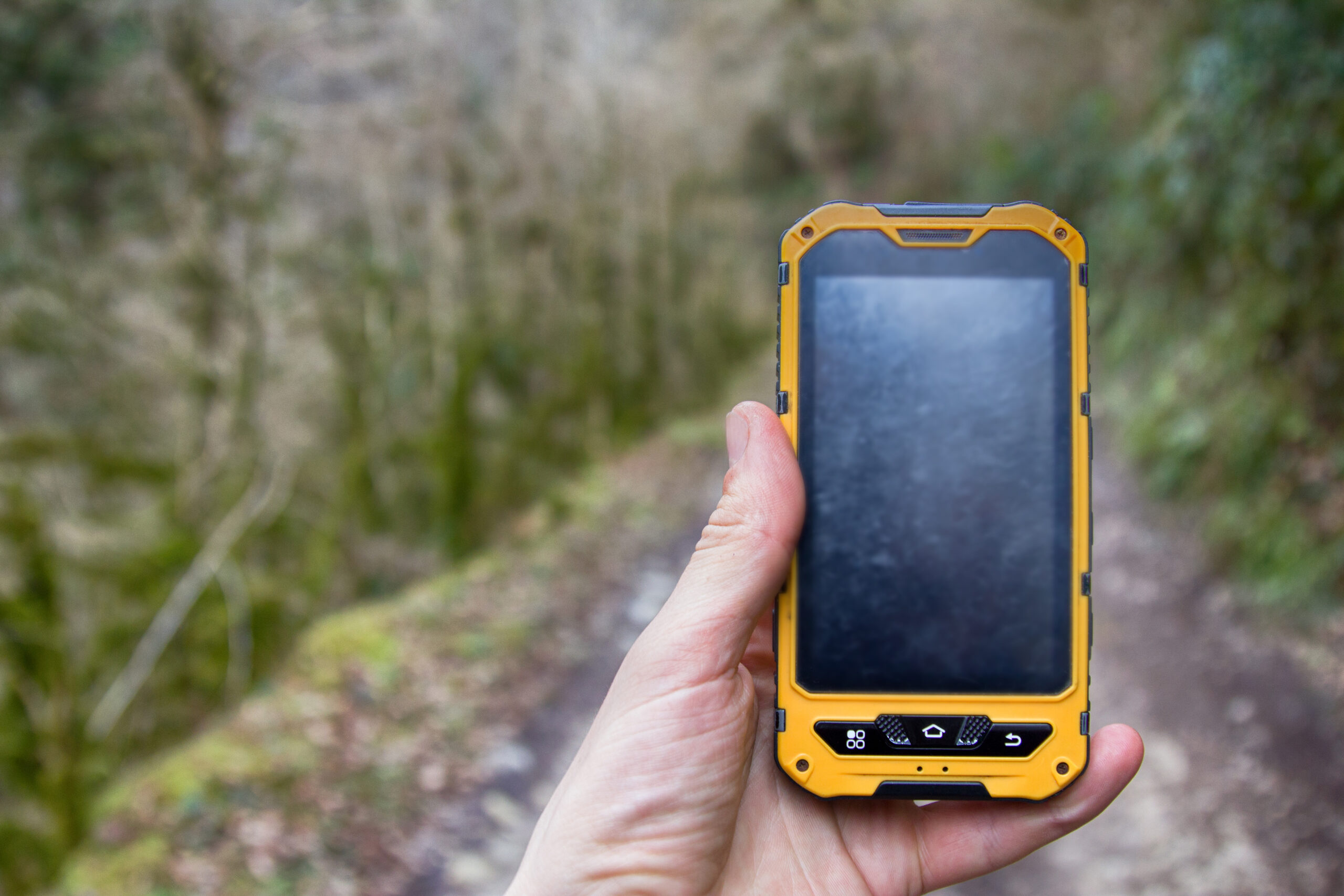 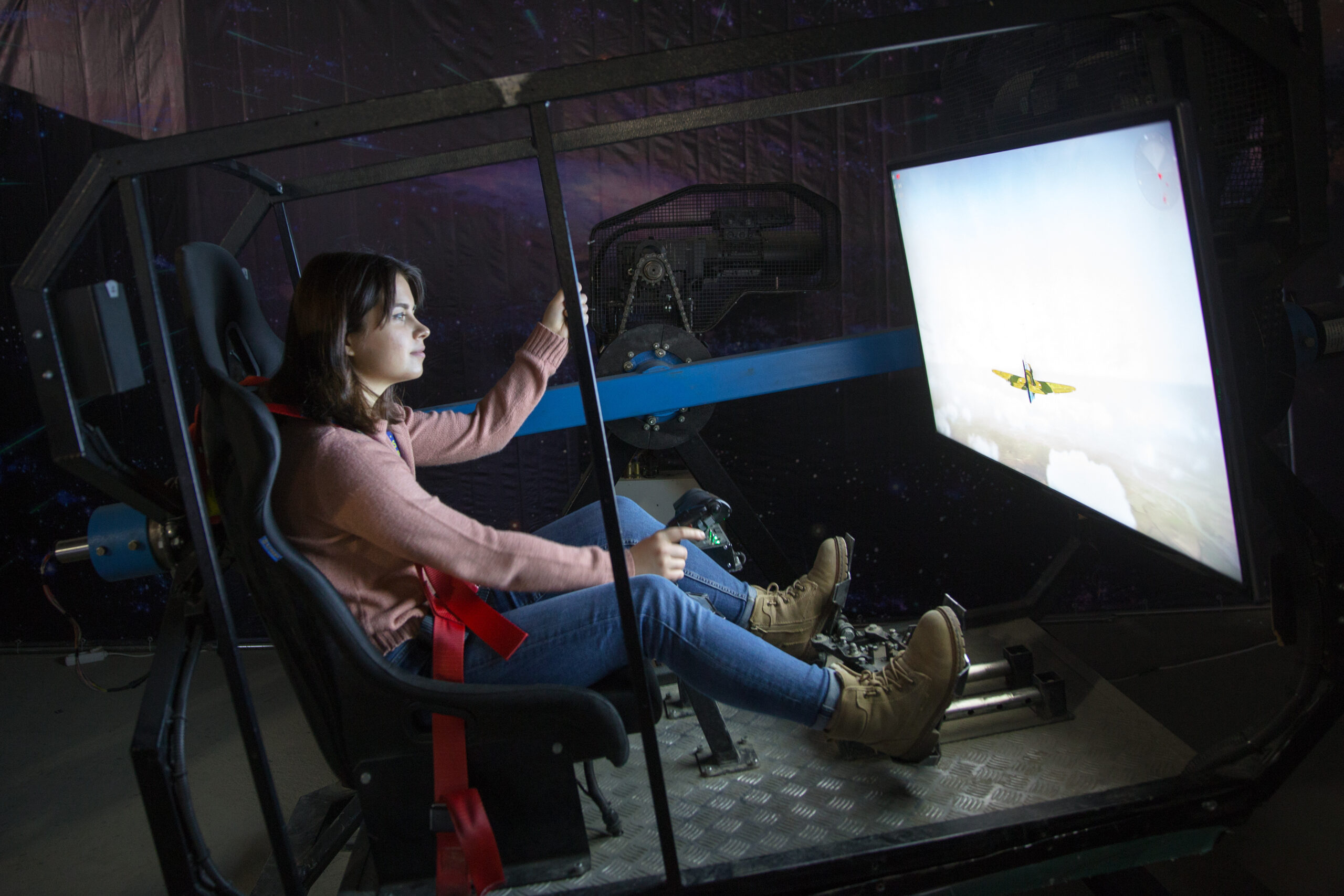 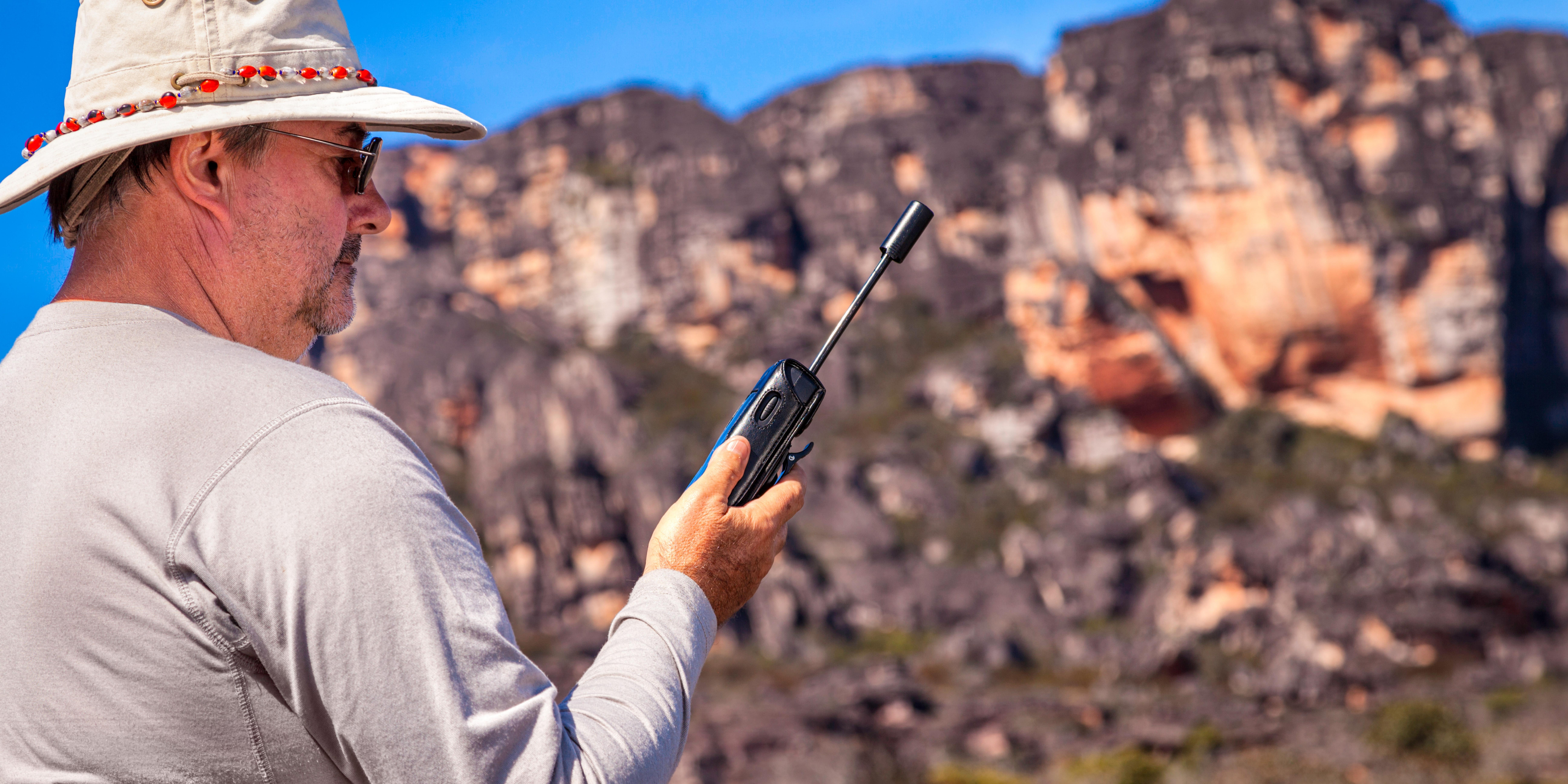 How To Do Drone Photography 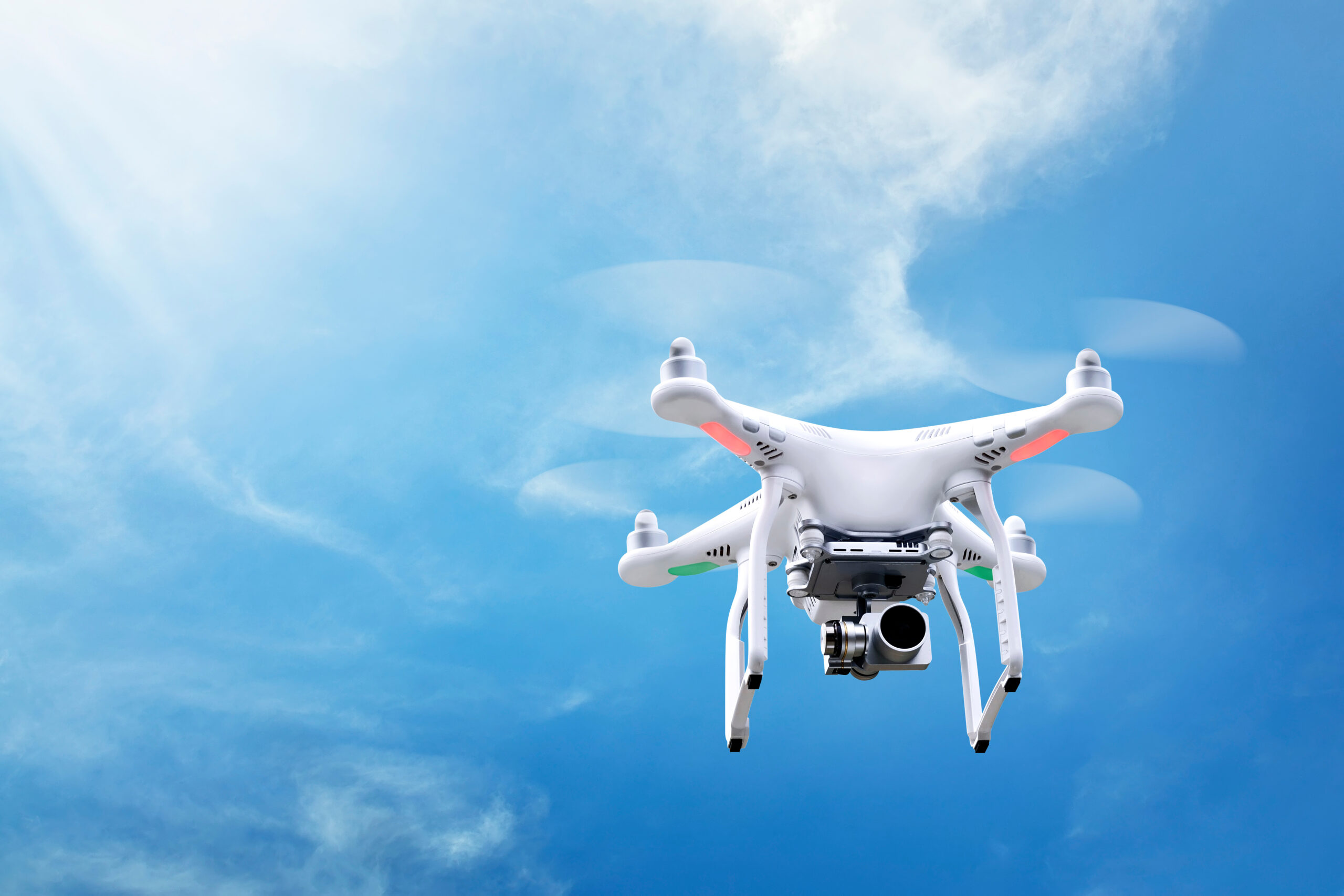