The National Transportation Safety Board (NTSB) says the FAA is partially to blame for the 2019 fatal accident involving an air tour helicopter in Hawaii.

The NTSB suggests if the FAA had not delayed the installation of weather cameras in the region, the pilot might have been alerted to dangerous conditions and not continued the flight into deteriorating weather.

The NTSB made the remarks during the probable cause hearing on May 10, which discussed the circumstances surrounding the December 26, 2019, accident on the Na Pali Coast on the island of Kauai. On the last scheduled flight of the day, the Airbus AS350 B2 operated by Safari Aviation collided with a steep, wooded slope, killing the pilot and all six passengers.

The pilot’s decision to fly into instrument meteorological conditions in rising terrain was also cited as a factor in the accident.

During the hearing, the NTSB also discussed other factors the agency believes contributed to the accident, including:

NTSB Chair Jennifer Homendy called the accident a preventable tragedy that should never have occurred.

“There was minimal FAA oversight of the safety of air tour operations in Hawaii,” said Homendy. “The FAA should be leading on safety, not ceding their responsibility to the industry that they are charged with regulating.”

Since 1997, the NTSB has investigated 41 air tour accidents in Hawaii.

In 2007, the NTSB recommended the FAA develop and require specialized in-flight weather training for air tour operators in Hawaii and install a series of weather cameras in the region to give the pilots more up-to-date information. Weather in the area is very dynamic, with low clouds and fog forming rapidly because of the high humidity and rugged terrain.

According to the NTSB report, only a few weather cameras were installed and activated on the island at the time of the accident, but none were in the accident area.

The FAA indicated it plans to install more weather cameras.

Investigators suggested that if the pilot, 69-year-old Paul Matero, had better information about the weather, he would have altered his course. Matero had more than 14,000 flight hours and was the chief pilot of Safari Helicopters as well as the check airman and instructor pilot. His colleagues described him as being “very conservative” when it came to weather.

On the day of the accident, Matero made a total of eight scheduled flights. Each flight was to last approximately 50 minutes. The accident flight was scheduled to launch at 4:25 p.m. local time. The clock on the aircraft’s instrument panel stopped at 4:57, the time of the crash.

The NTSB report states that although Matero was not certified to fly in instrument meteorological conditions, as part of his Part 135 competency check with the FAA, he was required to demonstrate the ability to control the aircraft by instruments only, which included the recovery of unusual attitudes (any flight attitude not necessary for normal flight, such as extreme nose up or nose down). In addition, Safari Helicopters had procedures in place for recovery during the unintentional entry into IMC conditions when terrain is a factor. The examiner during the check remarked on Matero’s thorough knowledge of weather and the terrain in the area.

Witnesses and other tour pilots operating in the area the day of the accident noted that the weather deteriorated during the day resulting in fog, rain, and low visibility, and that some air tour pilots either turned around or altered their routes when the weather got worse. A person hiking in the vicinity of the accident said he heard the helicopter over him, describing it as very loud, however, he could not see it because of the thick fog.

As a result of the crash, the NTSB is recommending to the FAA that tour helicopters be retrofitted with flight data recorders—also known as black boxes—that would aid investigators in the event of an accident. In addition, the NTSB is urging tour operators to adopt safety management system (SMS) protocols, and fly adhering to Part 135 regulations.

Investigators noted that prior to the accident, Safari had accrued 102,000 flight hours, carrying approximately 351,000 passengers in the 32 years of operation. It had experienced only one previous accident in 2001 during a post-maintenance test flight, resulting in minor injuries to the pilot after a hydraulic failure and premature liftoff.

The Helicopter Association International issued a statement on the NTSB hearing. HAI president and CEO James Viola said, “Helicopter tours give the public the ability to experience the joy and excitement of vertical flight while taking in the beauty of the tour area…HAI has worked with safety advocates worldwide to address the issue of pilots continuing flights into deteriorating weather conditions. We worked with the U.S. Helicopter Safety Team to produce the award-winning ‘56 Seconds to Live’ education program, and we have a long history with our own Land & LIVE program that encourages pilots to make precautionary landings when flight conditions deteriorate. Poor aeronautical decision-making is relevant in too many aviation accidents.”

In addition, HAI supports the NTSB recommendations that all paid-passenger flights be conducted under Part 135 regulations, as well as requiring SMS programs for all operations carrying passengers for hire, and the use of flight-data monitoring and cockpit recording equipment to help reduce future accidents through training and flight management.

Aviation History Through the Pages of FLYING 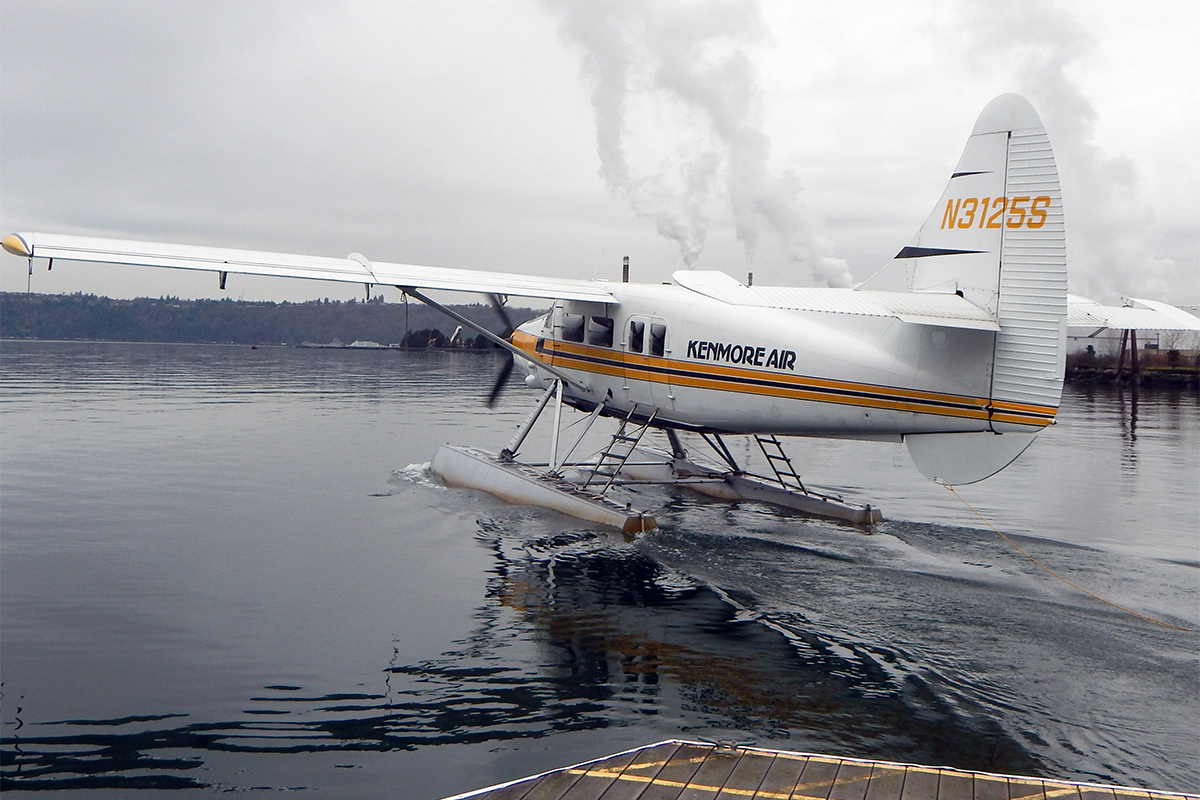