Burt Rutan’s list of airplanes designed and flown (45), of honorary Doctoral Degrees (6!), of national and international awards (112), of patents held (7), and of design projects related to aviation in some way (several hundred) takes up 11 pages! This all occurred in the years between 1965, when he graduated from California Polytechnic University, and his retirement from Scaled Composites in April, 2011. It includes a work schedule that would have crippled most people: escalating over the forty-six years he spent in the high desert to six or seven days a week, 8 to 16 hours a day. He does not know what a 40-hour week is. “I think the main reason is there wasn’t much else to do in Mojave. I kept my head down and my elbows up and I worked like hell.” When he retired, he found “with a clear calendar, I could sleep in and then decide on a given day what I would do after I woke up. That concept was so foreign to me that it was absolutely amazing. I still haven’t gotten used to it.”

In his lifetime he went from model airplanes to rocket science, from homebuilts to transports, from internationally recognized projects like the Voyager and Spaceship One and the White Knight to classified stuff we will probably never know about. He changed the culture of aviation.

Burt evolved into an unusual blend of scientist and artist. He was able to visualize airflow in ways the rest of us can’t, and he knew how to direct that flow through the laws of physics. His airframes, especially the fuselages, were the most radical and graceful exhibits of sculpture ever seen in the air before. Burt is a sort of industrial sculptor. Spaceship One and The White Knight belong in an art museum as much as the National Air and Space Museum.

The late Jack Cox, editor of Sport Aviation from 1970 to 1999, wrote his last article for that magazine in April, 2011, focusing on Burt’s early years. He characterized Burt’s supersonic mind and Über werkethik this way: “If thinking outside the box and turning that thinking into successful ventures and products is a mark of genius, then Burt Rutan, EAA Lifetime 26033, has claim many times over to that distinction. No other individual in the history of aviation has designed as many aircraft…radically different aircraft…and had them built and flown.”

In 1973 Burt created a sensation at EAA’s annual Fly-In when he flew there in his VariViggen. He liked the configuration of the VariViggen, was disappointed with the performance of the canard and the fighter-like handling of the airplane, but admits that it was a very difficult aircraft to build. He focused on producing a new version of it that would be considerably easier and quicker to build. The VariEze was born.

Burt started his VariEze in January of 1975, intent on making the Oshkosh Fly-In that summer. He got there. He finished the first VariEze in 3.5 months. It was smaller, leaner and could go faster and farther than the Variviggen. Jack Cox had visited the Rutan Aircraft Factory in early May, 1975, took pictures of the project and then ran an article in Sport Aviation he called “VariViggen Vignette,” in which he introduced the VariEze concept and the new process of building aircraft out of composites. Jack followed that up with a bunch of photos of the completed VariEze, priming the EAA Fly-In for a revolution.

It wasn’t uncommon in those days to see four to eight new designs at Oshkosh every year. Innovation was a way of life at the Convention. But nothing had ever compared with the introduction of the VariEze. This was the beginning of a revolution and everyone knew it.

Aside from the unusual shape, presaged three years earlier by the VariViggen, the VariEze had no moving parts on the wing. The rudders were mounted on the trailing edge of the new winglets, a concept developed by Richard Whitcomb. Burt was the first designer to use winglets. The elevators, which Burt called elevons, were attached to the trailing edge of the canard, with control levers about two feet from the stick. The elevons moved up and down to control pitch, but also operated differentially, as ailerons. To accommodate entry and egress, Burt had designed a crank system that raised and lowered the nosewheel. None of these features had ever been seen before. The fact that Burt had put it all together in less than four months just blew peoples’ minds.

It was only the beginning. Burt’s company, the Rutan Aircraft Factory, cranked out 15 designs before he moved onto Scaled Composites and beyond homebuilding. Burt introduced composites and made it a legitimate method of construction. 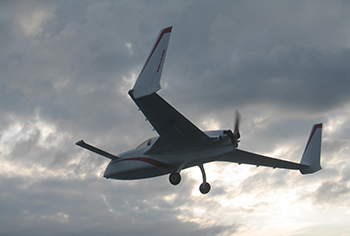 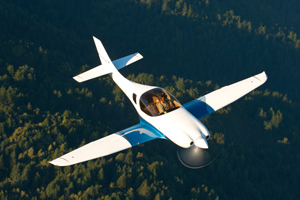 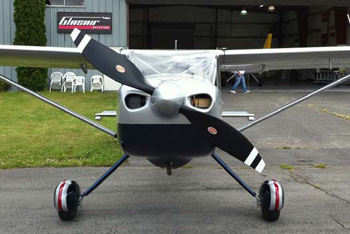 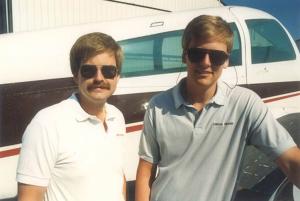