Home / Training / Women In Aviation: How’d I Get Here?

What was it that attracted you to the world of sky travel?

Did you have a fascination with aircrafts as a child or were you introduced to flying later in life? Most of the female pilots I’ve met were introduced to aviation by a man in their lives, like a dad, brother, or partner.

My story is a little different.

This is my very first article for Flying, so a bit of an introduction is in order. I don’t recall being interested in flying as a child, but I found a letter my mom had written to a friend when I was 12 stating I had decided to become a pilot.

My story begins on a beautiful spring day in central Wisconsin as I drove past the local municipal airport on my usual route home. For some reason, the “Learn to Fly Here,” sign caught my eye, so I decided to stop and check it out. The flight instructor asked a few questions and offered an introductory flight.

I ordered a headset and bought a logbook. My journey to become a private pilot began. That was more than 16 years ago. I worked hard for a year and was close to passing my FAA check ride when I moved for a career change. It set me back and after another year, I resumed my instruction and obtained my private pilot’s license on the first try in October 2008.

Renting a plane makes flying a little more challenging, so I started looking for a Cessna of my own. In the fall of 2011 my flight instructor, who was also my mechanic, called me about a club plane being sold by the six owners. He was familiar with the Skyhawk and suggested I make an offer. I did. I called one of the owners and told them I’d take it, sight unseen, because I trusted my CFI.

I ended up buying the corporation instead of the plane, but it saved me from added taxes due to the depreciation of the 39-year-old Cessna. However, since the plane had been in the club for decades, I constantly have pilots telling me how they had been one of the former owners of MY plane.

Many planes have names, and of course my friends expected me to name mine as well. I knew it had to be something special, but I couldn’t arrive at a suitable moniker. Shortly after I bought the Skyhawk, I was visiting relatives in Norway near my family home of Arendal. My cousins asked if I wanted to visit the local airport and drove me to the small, single runway facility (05/23) a few miles out of town. They remarked about the odd name it had been given; Gullknapp. I asked what the name meant and was told it was “Gold Button.”

That was it! From that moment, my white Skyhawk with gold stripes was called Gullknapp!

After another career change, I moved back to my home county and bought a house overlooking the municipal airport in Waupaca, Wisconsin. If you take off runway 31 and look to the left, you’ll see my house tucked in the woods. The FAA periodically requires my trees to be topped so any low flying planes don’t get tangled in the pines.

During the week of Oshkosh’s AirVenture, the airport is buzzing since we’re only 29 nautical miles away from the world’s busiest airport each July.

Women still make up just seven percent of pilots. I’m proud to say I am one of those seven percent, and even more proud to be an owner of a Skyhawk.

In the coming months, I will share stories of women who have done some pretty amazing things in the world of aviation. Feel free to reach out with your story or one of someone you know who should be recognized.

I look forward to sharing these stories.

Ellen Voie is not only an avid pilot, she’s also an internationally recognized speaker and authority on gender diversity and inclusion for women working in non-traditional careers in transportation. Have a story Ellen should tell. You can send her ideas at editorial@flying.media. 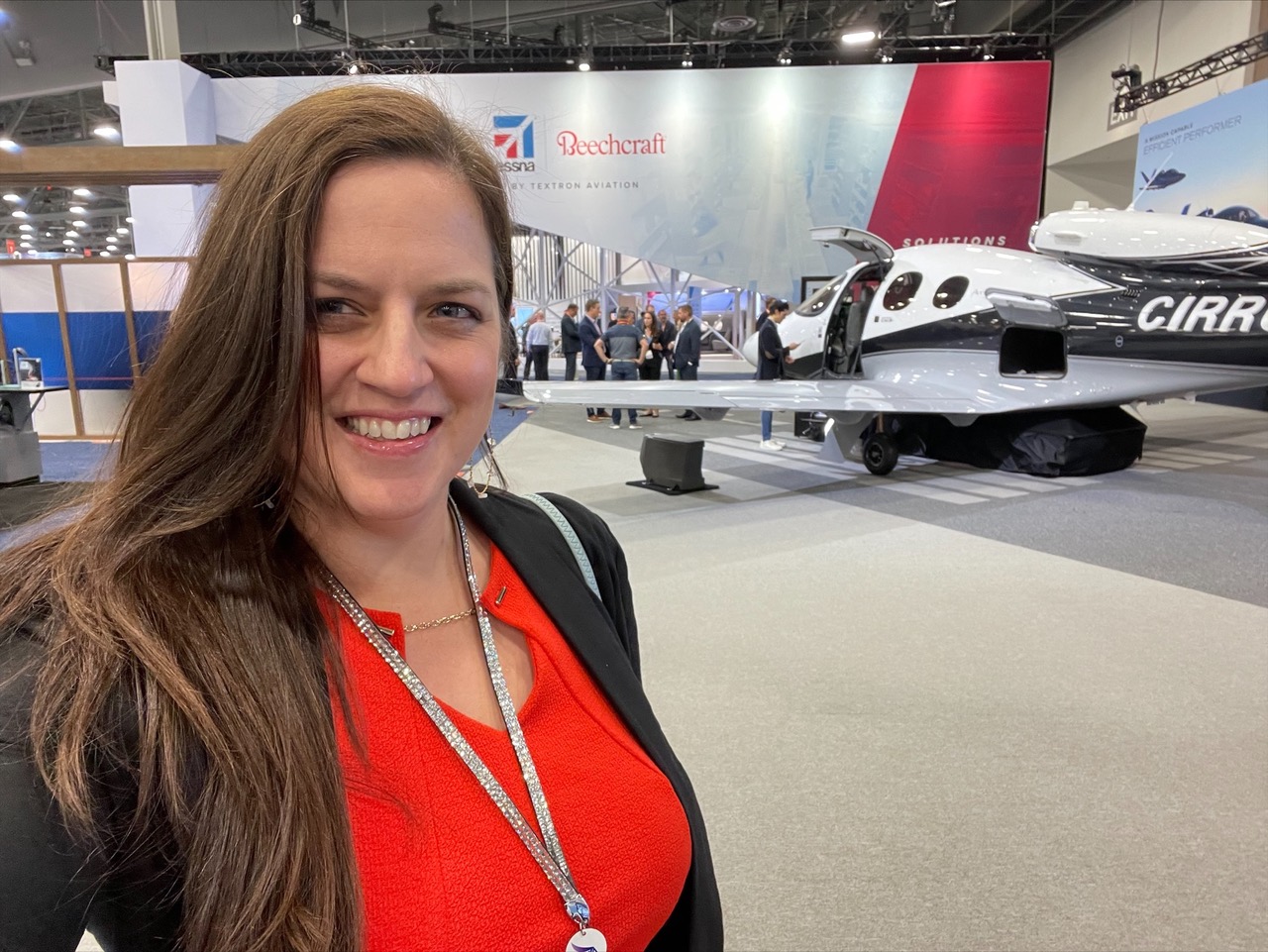 Flying a Thrill Handed Down From Mother to Daughter, Eventually 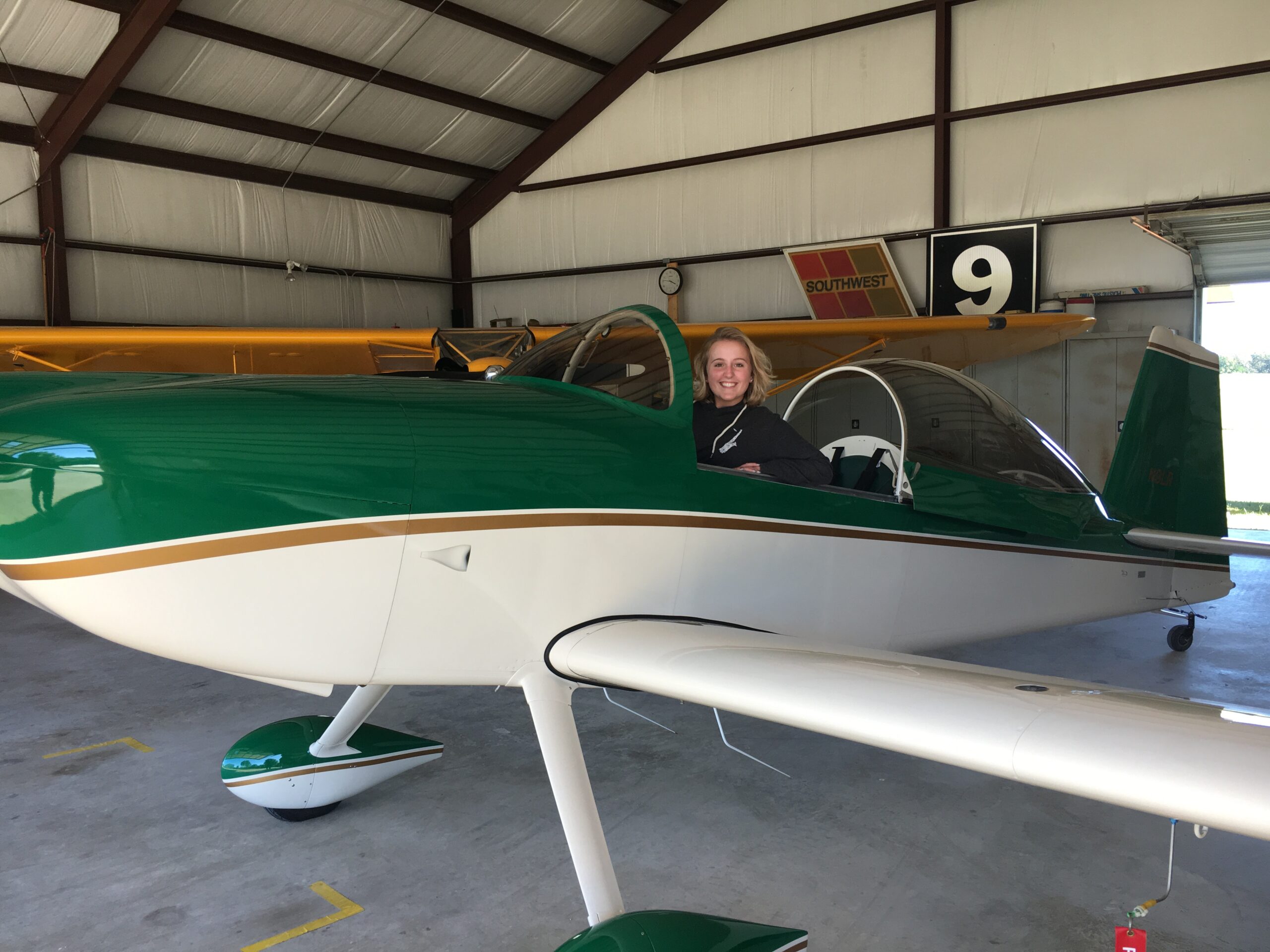 An Early Love of Aviation Leads to a Love of Instructing 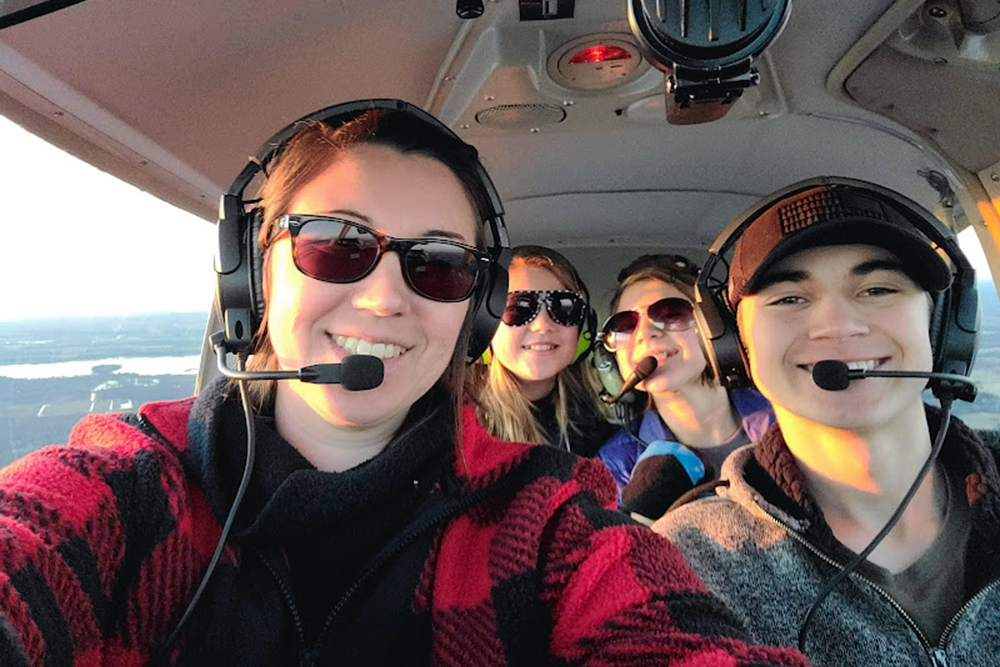 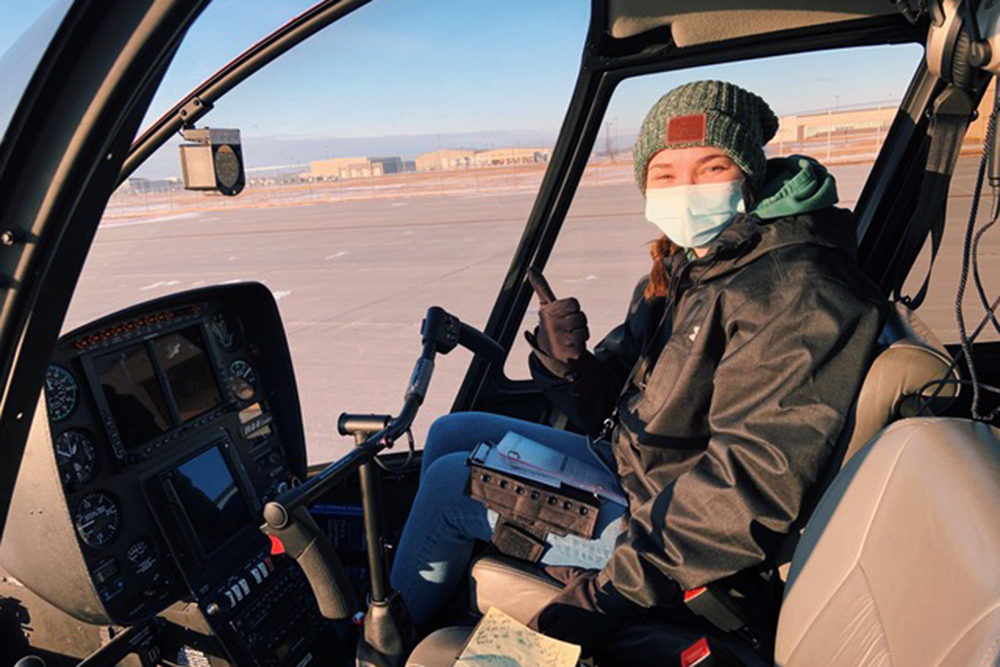