A lot of pilots are satisfied to fly away with the terminal forecasts and metars (in plain language, please) and I suppose that might meet the letter of the law on weather information. But there is so much more than that to weather and the pilot who puts some effort into understanding weather, and how it affects his flying, will find less weather-related surprises as a flight unfolds. Let’s look at some of the basics that are available to us and see what we learn from them.

The Synopsis:Maybe the word is misunderstood, but as it appears at the beginning of an area forecast it is basically a description of the weather map. It is followed by a clouds and weather forecast. Do pay attention to the note “Non MSL hgts denoted by AGL or CIG.” That means cloud bases are generally above sea level except where noted. Big difference in the mountains.

Why is this basic item important? The location of high and low pressure areas and fronts tells a lot about the conditions that will be available for flying. If a trip is headed toward a low or a front, conditions will likely deteriorate the closer the airplane gets to the condition. Tops will probably be higher and bottoms lower. At lower altitudes, there will likely be turbulence in the frontal zone. This may not be wing-bending but it will make the flying more difficult and any passengers less comfortable.

We have to be careful with weather maps. The ones on TV in the morning generally show weather for the whole day. For flying, we need to know what is expected to exist at a specified time. Official prog (for prognostic) charts are available on the web at adds.aviationweather.noaa.gov. There is a lot of other good stuff there, including a useful icing forecast.

Lows: Low pressure areas are more important to flying weather than high pressure areas because the lows make the inclemencies that challenge us. The circulation around a low is counter-clockwise in the northern hemisphere and air flows around and into a low and then circulates upward. Low pressure areas almost always move, though they can become stationary or erratic in their movement. The normal movement of a surface low is roughly with the wind flow at the 500-millibar level, or about 18,000 feet. The prog charts will show the projected movement of lows, or you can look at the 18,000-foot wind forecast and visualize the movement.

Upper lows are just that: complete circulations aloft. They are complex, it is difficult to forecast the formation, movement or dissipation of an upper low, and they can make nasty weather over a wide area. Called cut-off or closed lows aloft, if one is overhead nearby, the best surface forecast is for continuous clag. Any surface low might not be directly below the low aloft, and the air swirling into the surface low and then up into the low aloft can be quite bothered. Bad place to fly.

Fronts: They come in cold, warm, stationary or occluded versions. The cold variety can spawn serious thunderstorms, especially when the low is strong and the temperature difference on the warm and cold side of the front is great. Warm fronts make for inclement weather over a wider area and can harbor embedded thunderstorms.

Occluded fronts, generally found where a cold front overtakes a warm front because of an exceptionally strong circulation around a low, can make for nasty, bumpy flying. This is especially true just as the fronts are starting to occlude. Stay as far away from the driving low as possible.

Stationary fronts come when a low peters out or moves so far away that the circulation is no longer strong enough to move the fronts. The weather might stay bad for days in a stationary frontal zone and only the development of a strong new low will change things. If all the parameters for a front are not met, the condition might be called a trough and, to a pilot, it might seem for all the world like a real front.

Source Regions:That’s simply where the air is coming from. Visualize the flow around the low and if the source of the low-level air along your route is moist, as in that coming from over the oceans or the Gulf of Mexico or California, then there will be plenty of ingredients for clouds and rain. The stronger the flow, the more important this becomes.

Wind shear is important, too. Defined as a change in direction and/or velocity over distance or height, wind shear can result in enthusiastic turbulence and can create low-altitude hazards around airports. There is always wind shear in frontal zones and where areas of strong wind (jet streams, streaks or cores) aloft interact with areas of lighter winds.

Temperature & Dewpoint: This is really basic, but these items give clues to a lot of things. We learn early and often that if they are close, the flying weather suffers. They are especially important as the day is ending and beginning, when a small spread can result in rapidly deteriorating weather after sunset, or fog at and just after sunrise. If there is a big difference in the temperature and dewpoint ahead of and behind a cold front, there is probably a lot of action in the frontal zone. Also, if the temperature aloft is warmer than forecast, that means more moisture. The ability of the atmosphere to hold moisture doubles with every 11 degrees Celsius rise in temperature. That is why, when the talking heads say a heavy rain would have been so much snow, they don’t know what they are talking about.

Convective Sigmets:Looking at weather products, the convective sigmet comes across as one of the most useful. It is not a forecast, but a statement of fact about the existence of thunderstorms. Many feel the proliferation of weather radar information makes the convective sigmet obsolete, but for pilots without weather in the cockpit, it is a well-defined heads up about significant thunderstorm activity.

Airmets:Airmet Sierra is for IFR conditions and/or extensive mountain obscuration. Tango goes for moderate turbulence, sustained surface winds of 30 knots or greater and/or nonconvective low-level wind shear. (Severe turbulence would be covered in a sigmet.) Zulu describes moderate icing and forecast freezing level heights. (Severe icing would be covered in a sigmet.)

Years ago the information in airmets was covered by something they called “warnings to light aircraft.” That is really what they are to this day: A warning to investigate thoroughly and make the decision that what is described by an airmet won’t create a hazard during a proposed flight. Many feel airmets paint with too broad a brush, but if pilots take them as a message to look closely into conditions, they serve a useful purpose.

TAFs:Terminal aerodrome forecasts are cranked out four times a day, starting at 0000Z. The first thing to understand about them is that they are, like so many things, better when fresh. So, while the terminal forecast goes out 24 hours from the issue time, the early part is likely to be more accurate than the later part. And the more recently it was issued, the better.

The TAF is just for the area around the airport and while it is possible to get some idea of weather along a route from a collection of TAFs, that might not work too well in areas where the forecasting locations are far apart.

Metars: These are statements of fact, or at least of conditions measured at an airport. The important thing about them is that for VFR or IFR, if the weather reported in a metar is anywhere near the minimum for the operation at hand, then everything becomes open to question. If it’s close, it might be below minimum conditions out here or over there or wherever. Close to minimum conditions suggests coming up with a better idea if VFR. For IFR operations, reported weather close to minimums calls for an alternate plan and plenty of extra fuel. The weather in the area where you would transition from instrument flying to visually acquiring the runway might be a lot worse than that reported at the airport.

Pireps:These are always good but must be taken with a grain of salt. The age of the pirep is important because weather can change rapidly. Also, the type aircraft (as compared with your type) has a lot of meaning. Ice is different if the speed of the aircraft is different, and turbulence would undoubtedly be one thing to an A380 and something else to a light-sport airplane.

Precipitation: This used to be somewhat of a mystery, with information available only before takeoff and in reports from controllers willing to talk about the subject to en route aircraft. Now, with weather in the cockpit, there is a relatively low-cost way to have information about precipitation in the airplane, and this is an extremely important part of putting all the information together and using it to avoid bad things.

Precipitation information is often thought of as related mainly to IFR airplanes and thunderstorms. With a complete cockpit weather system, lightning, cloud tops, cell movement and other information are included to give a pilot as complete a thunderstorm picture as possible. That’s great, and precip and storms are important to VFR pilots, too, who can use the big picture to avoid areas of rain and thus marginal VFR or worse conditions.

Make it a baker’s dozen:

Eyeballs & the Seat of Your Pants:A huge factor in dealing with weather is what you see and feel. No FAA products or electronics here, just a pilot, an airplane, a proposed flight and the sky. It starts at home (or at the motel) before the flight. What do the clouds look like? Are they angry in appearance? Are the low-level clouds racing by? What is the surface wind velocity and direction? Is it raining like pouring Pepsi out of a boot? Is it cold out? Certainly that first look at the local conditions defines what you should be looking for in the products available for study before takeoff. No way to know, but I would be willing to bet that of the many airplanes we lose in bad weather every year, the pilot had some misgivings from the start, from his first look out the window before the flight. I would also bet that those misgivings increased as the various products were studied. If it was a VFR flight, things only went downhill after takeoff, as the pilot studied the weather out the windshield. If it was an IFR flight, the increase in misgivings came with the sting of wind shear or convective turbulence, or of heavy rain on the windshield, or of a view of absolutely nothing at the decision altitude on an approach.

These bad omens are not things that a pilot can become aware of in a metar/TAF briefing. They are things that can become obvious in a 12-step program dedicated to minimizing the increased risk we find when making a plan either to mix it up with inclement weather in light airplanes, or to go to the picture show instead. 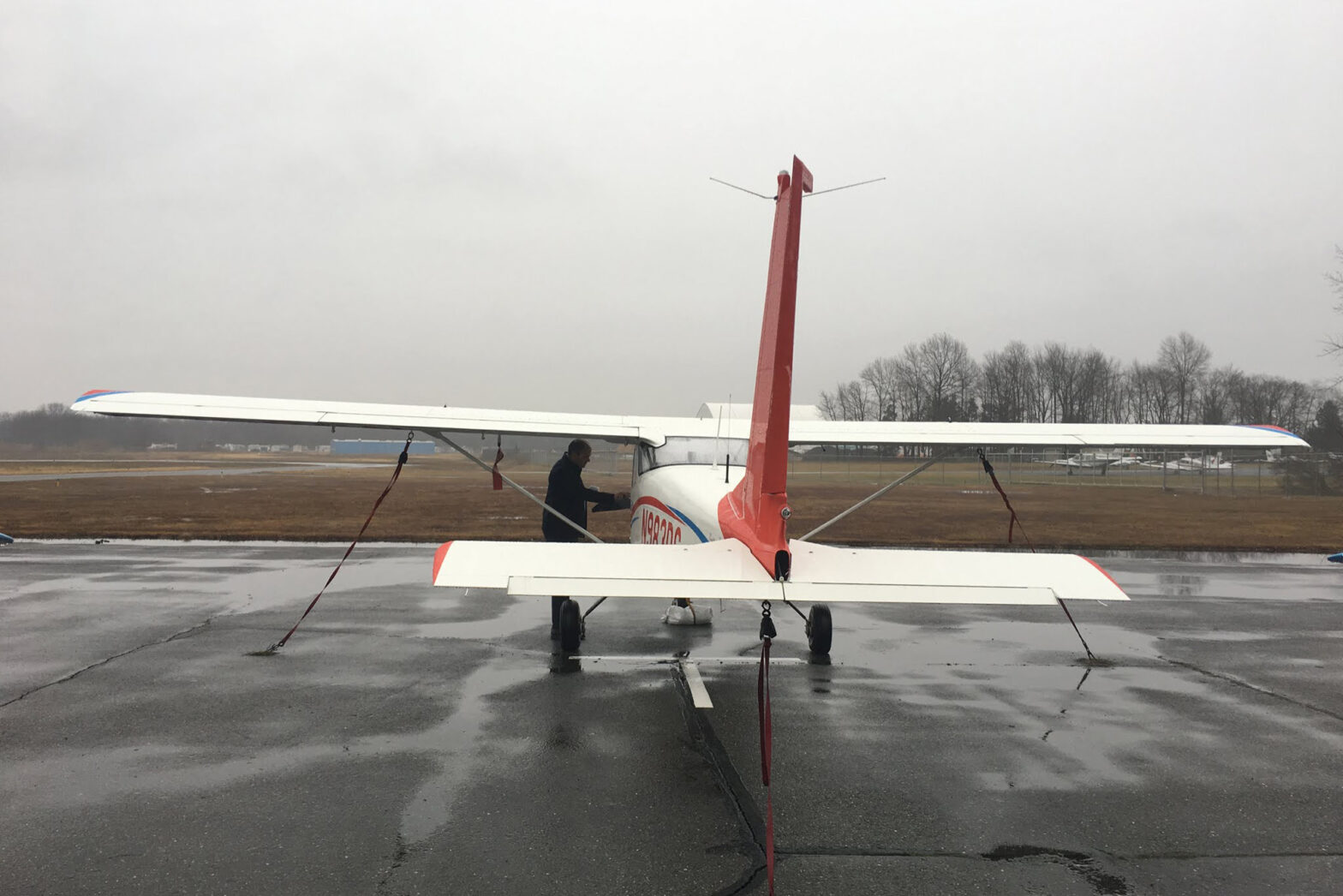 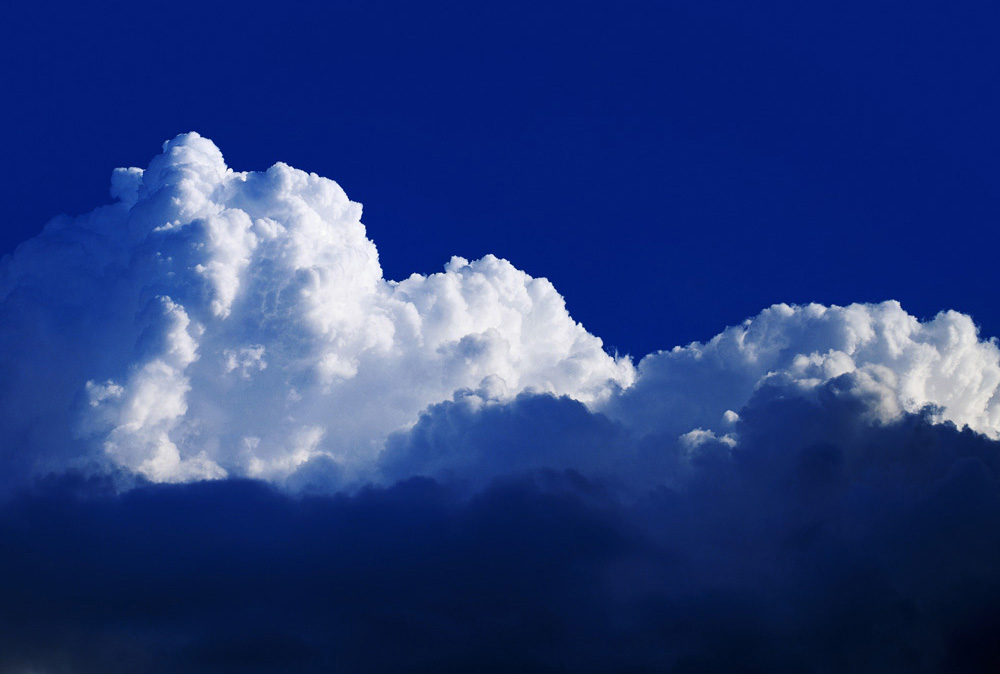