The aviation support system in the US has grown steadily over the past 60 years, and it is the worldwide standard for its breadth of pilot services across the National Airspace System. Notably, these services are provided as a government-funded resource without additional fees as you may experience in other parts of the world.

Change is afoot, though, with the methods for accessing these resources evolving considerably in recent years. This is in large part because of the FAA’s Flight Service NAS Efficient Streamlined Services plan, which has three primary goals:

This is good news because it leads to increased automation and better preflight and in-flight tools to help make better decisions. Consequently, it also puts more responsibility in the hands of pilots as Flight Service continues to place additional emphasis on technology and less on person-to-person interactions. Welcome to the new era of self-service in aviation.

This all starts with preflight weather: When was the last time you talked to a flight-service-station briefer to retrieve a standard weather briefing? While the telephone service is still offered, self-briefings are the new norm, using the Flight Service website or weather resources in mobile apps as the data source. Not only is this method perfectly legal, it’s also what Flight Service would prefer. There are still pilots who find value in the telephone briefing—student pilots looking for a second opinion, those flying out of remote airports without internet or those operating near the Washington, D.C., metro area—but there is no requirement to talk to a briefer after checking the weather online. Based on recent stats gathered in 2017, 96 percent of briefings were provided online, and that number continues to trend higher.

In addition to the obvious benefits of increased mobility and graphical weather products, using the online method provides additional benefits from Flight Service including the Adverse Conditions Alerting Service. ACAS automatically sends messages to your phone if there are significant changes in the weather after retrieving a briefing—such as an urgent pirep along your route, newly issued sigmet or TFR. ACAS is available when retrieving briefings through ForeFlight, in addition to 1800wxbrief.com.

Along the same lines, filing flight plans is also a self-service task. As part of the streamlined- services plan, Flight Service made it a point to open up flight-plan-filing capabilities to commercial providers. This allows you to file and modify IFR flight plans from your favorite app, along with opening and closing VFR flight plans with just a few taps on a mobile device. Flight Service briefers are still accessible over the phone to accomplish these tasks, but as is the case with weather briefings, they’d prefer you that use the new electronic methods for improved accuracy and efficiency.

A major benefit of streamlining services for pilots in the new self-service era is reducing seldom- used services. Mention the terms HIWAS, EFAS, Flight Watch, TWEB and TIBS to a pilot who learned to fly in the past 20 years, and distant memories of now-discontinued FAA knowledge-test prep questions will likely come to mind. While these services were valuable in the days before the internet and ADS-B, the FAA appropriately recognized they were rarely used and have since discontinued those products.

Of the aforementioned services, Flight Watch had the most utility. This was the in-flight equivalent of the preflight phone briefing and allowed pilots to link up with a person on the ground to receive updates on the destination weather and convective activity along the route, as well as to learn about new pireps. It was the closest thing the general aviation community had to an airline dispatch service and provided strategic guidance for big-picture route planning on longer trips provided by someone on the ground looking at the current radar picture and text weather reports.

Today, Flight Watch has been replaced with the Flight Information Service component of the ADS-B system. This is self-service at its finest, where pilots no longer need to rely on a person on the ground to verbally describe the weather graphics and instead can view them in near real-time on the instrument panel or mobile device in the cockpit. From shortly after takeoff to landing, we always know the developing trends in precipitation and thunderstorms, pireps, destination metars, and—thanks to recent additions—cloud tops, turbulence and icing forecasts. Similar to the preflight weather briefing, you can still reach a Flight Service specialist over charted frequencies in the air, but you’ll find the FIS-B datalink weather imagery more useful when assessing en route weather.

The self-service trend puts an additional level of responsibility on pilots to become familiar with each of the datalink weather products and its limitations. Viewing thunderstorm development 200 miles out along your flight path is tremendously helpful, but it’s up to you to interpret the data and make the appropriate strategic decisions. For example, the radar imagery displayed is not real-time and not meant for close-in, tactical avoidance to pick your way through the individual cells.

Outside of the automation and modernization of Flight Service, self-service is becoming the norm in other areas of aviation too. Student pilots are exposed to this before taking the first step in the flight school door, thanks to the popularity and advanced features in today’s online flight training courses and test-prep apps. Gone are the days of traveling to a three-day ground school in a hotel or office building and getting drilled with rote memorization tactics to pass the knowledge test. Self-study is the new norm using modern training programs, allowing students to learn at their own pace, in just about any environment.

Pilot communications are trending toward self-service as well, shifting away from the reliance on analog VHF radios. For example, you can retrieve your IFR clearance via email or in-app messages with ForeFlight or Garmin Pilot at many of the major airports in the US via the Pre-Departure Clearance service. This eliminates the radio call to clearance delivery, speeds up the after-start tasks and reduces the potential for mistakes.

The next phase of digitizing pilot communications deals with the routine calls to ATC. As of the first quarter of 2020, there are 62 airports in the US that support Data Comm Tower Services, which replaces tower-to-aircraft voice communications with digital messages in the cockpit. Right now, this system requires advanced avionics found mostly in transport-category airplanes, but it’s inevitable that this technology will make its way to modern general aviation cockpits in the years ahead.

When looking at this self-service evolution from a big-picture view, it’s clear the role of the pilot is changing as technology advances from Flight Service, ATC and in our cockpits. While some may view this with concern—that we’re getting one step closer to computer-driven, pilotless flight—I look at it from a different perspective. Used properly, the increase in automation, availability of information and improvements in core aviation services reduce pilot workload. We’ll get more utilization out of our airplanes by launching on trips that might have been previously grounded because of unknown weather variables—and that’s what flying general aviation is all about. 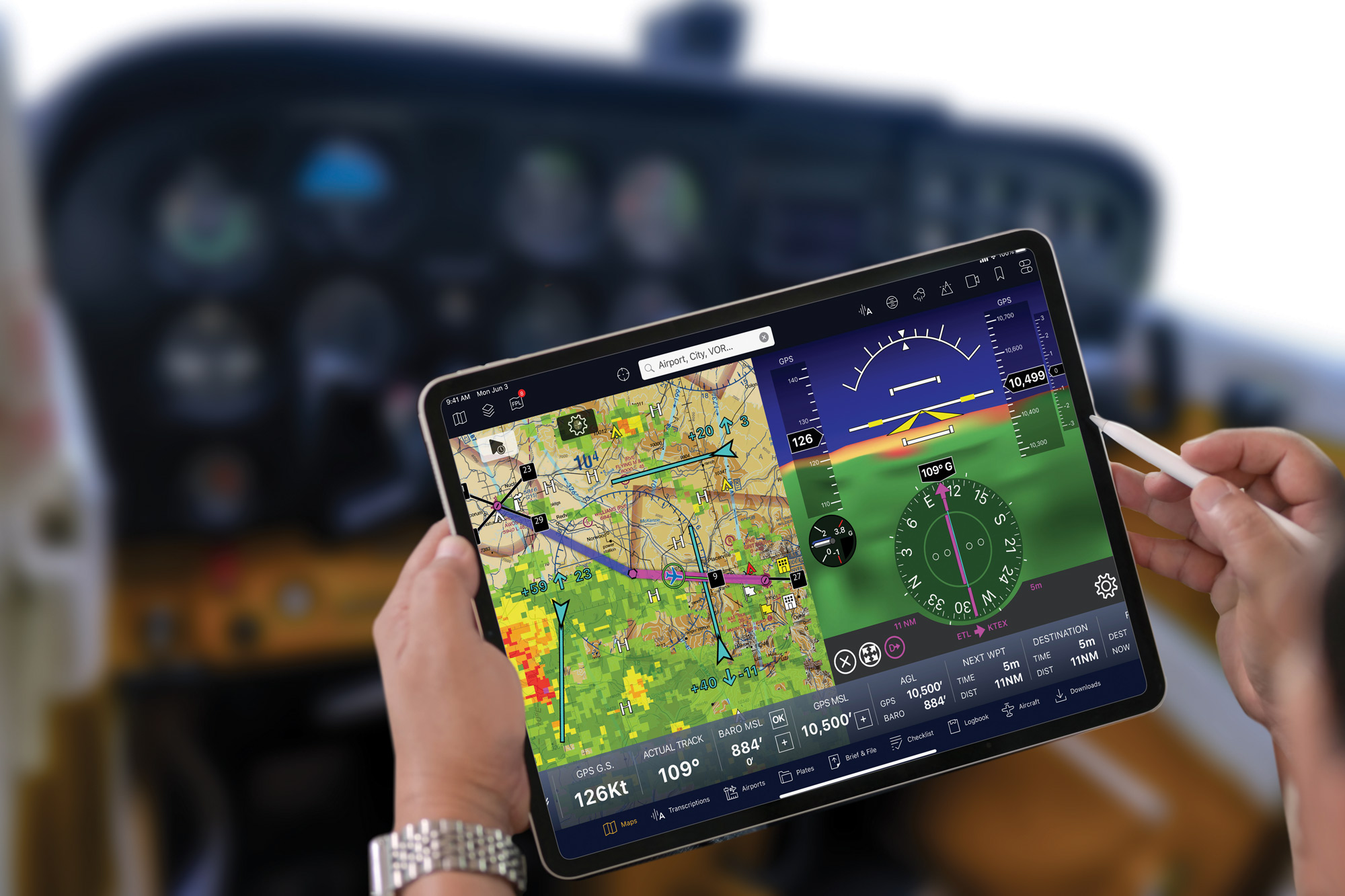 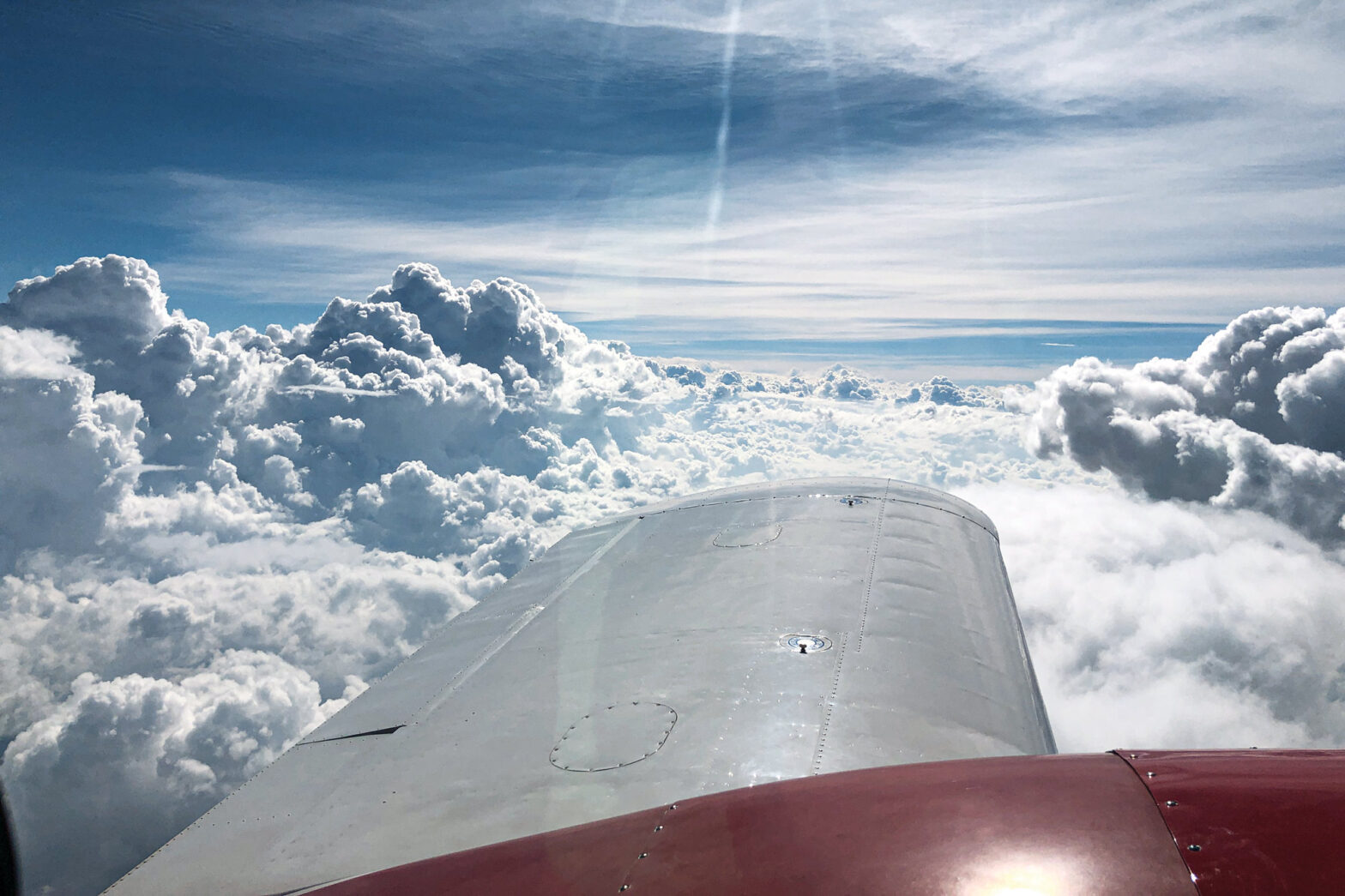 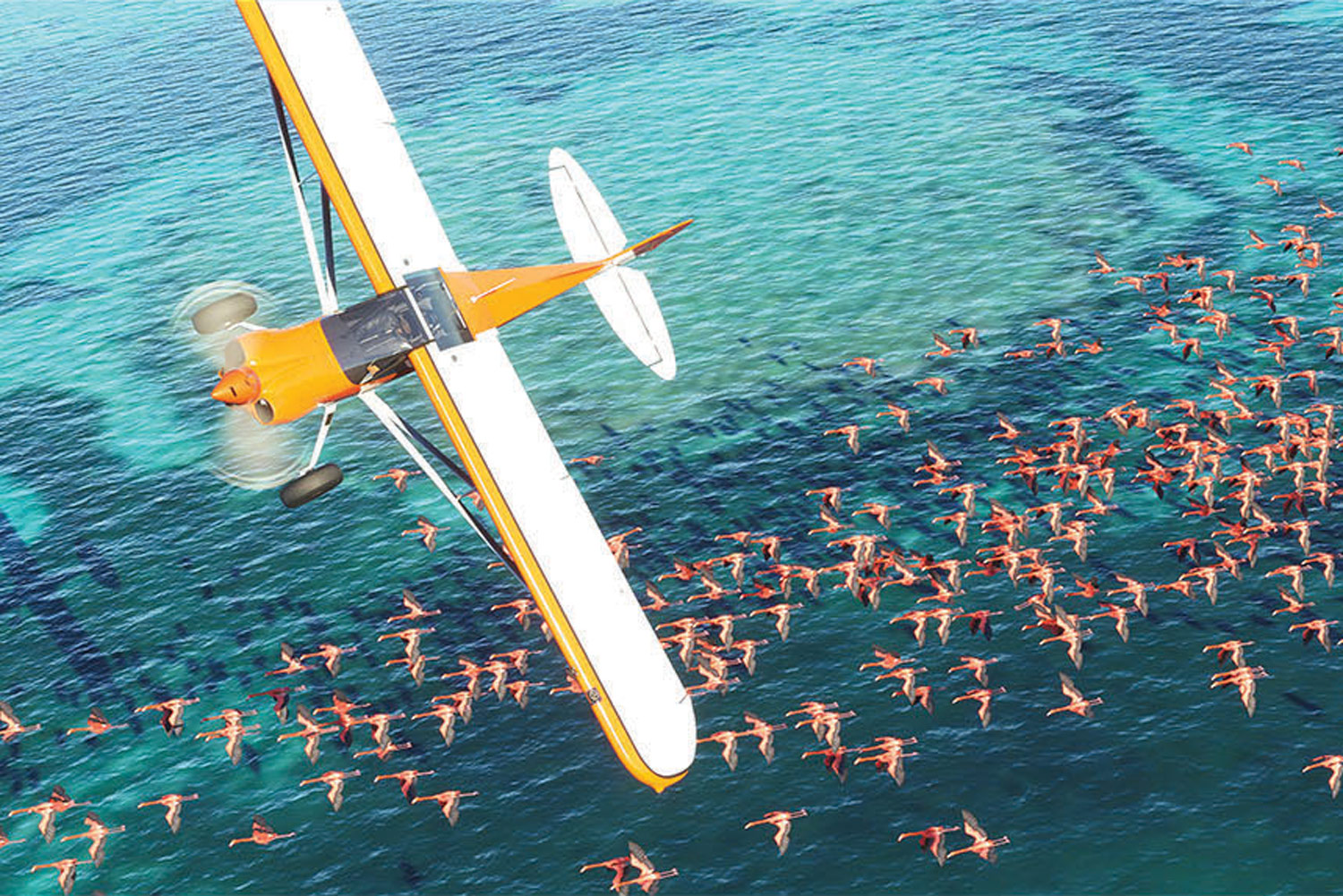 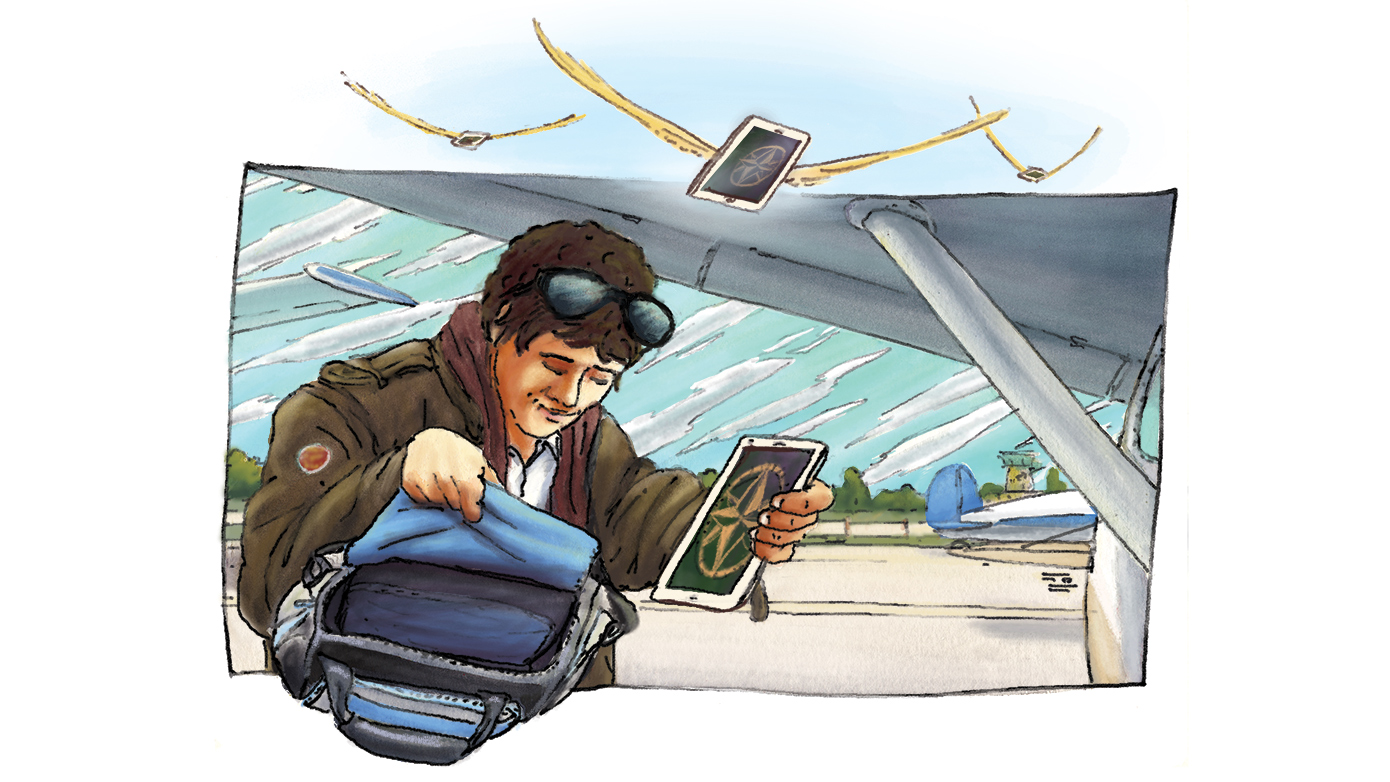