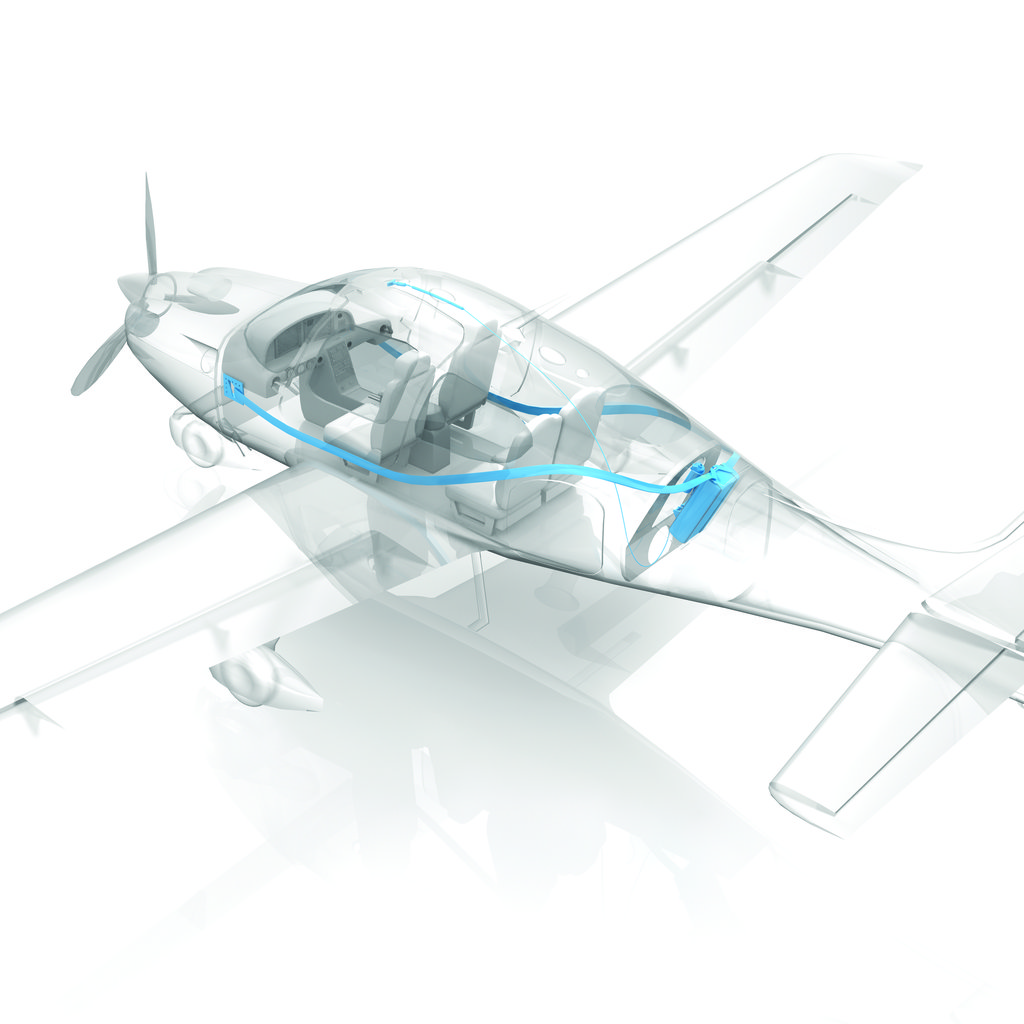 According to BRS, tests have shown that its parachutes can be pulled and still fully inflate at altitudes as low as 260 feet and speeds as high as 187 knots. Individual pilots have testified that they successfully deployed their chutes ­below 100 feet. BRS does not provide a specific minimum-altitude limitation (Cirrus recommends a minimum deployment height of 580 feet in the latest-generation SR22), but that doesn’t mean pilots should wait to pull the handle. For your best chance at a safe, injury-free landing, BRS encourages pilots experiencing midair emergencies to pull the chute sooner rather than later, with a 2,000-foot deployment height being the norm.

For pilots, BRS deployment is remarkably simple; one pull of the handle is all it takes. The chain of events this action sets into motion, however, is far more complex. The activation cable first compresses the spring of the igniting device, and the system is cocked like a gun. A hammer (or electrical pulse in the newest versions) is then discharged into dual igniters, which consequently ignite the solid fuel and activate the rocket motor.

The now-activated rocket motor propels the parachute’s suspension lines to full extension in mere tenths of a second. While the direction of firing can differ among aircraft depending upon installation, a rearward and downward deployment is optimal for most models. The parachute will always open downwind, no matter which direction it’s fired.

A ring-shaped “slider” prevents the chute from opening completely until the aircraft has reached a safe speed. Once this occurs, the slider moves down the suspension lines, and the chute fully inflates.

As the canopy opens, the aircraft experiences a sharp pitch up, and its forward speed stems abruptly. During this “opening shock,” fliers can experience loads of 3 to 7 Gs.

Following this opening shock, the nose drops, and the airplane swings as if it were a pendulum before coming to rest beneath the parachute in a slight nose-down attitude. While numbers differ depending on the aircraft and environmental conditions, fliers of a Cirrus SR22, for example, can expect a descent rate of about 15 to 28 feet per second. How fast does that feel for those in the cockpit? Imagine jumping from a height of 13 feet for a comparable descent rate to the ground.