On a cold night in ­early spring, I took off from Lunken Airport in 72B, my beloved (I think) Cessna 180. I came back to climb power at 500 feet agl and the engine began running rough, missing and losing power — which sort of caught my attention. So, I pulled on the carburetor heat and, since the engine was making power, turned back toward the airport. But then it smoothed out, which was odd because I’d checked the heat just before takeoff; the air was very dry, and this airplane rarely gets carb ice, even in “juicy” conditions. But from then on, it happened on every flight, regardless of temperature and weather, always “fixable” by applying carb heat. The EGT in the number 2 cylinder was running a lot higher than the others, and I was pretty sure it was a manifold leak and the mixture was running too lean.

Thus began a pilgrimage through a number of local shops and mechanics. One changed the plugs, another installed a new carburetor. Somebody else found and fixed a manifold leak in the number 2 cylinder, and when nothing else worked, another told me to “just live with it and use carb heat in the climb.” Uh, I don’t think so.

Totally frustrated, I took it to the best mechanic on the planet, who lives 80-some miles north of ­Lunken Airport. Mark changed three cylinders (gulp!) and believed he solved the problem, but when he test-flew it on a frosty morning in Piqua, Ohio, guess what? The engine missed and ran rough at climb power. So now my magnetos are in somebody’s shop being overhauled and I’ve been without an airplane for coming up on six weeks — with an ever-deepening dent in my patience, not to mention my checkbook.

Grounded, bored and pissed off at 72B, I was mindlessly playing around on the Internet when I stumbled onto some ­websites with the clever, charming, less-than-charming and sometimes downright ­nasty names pilots bestow on their airplanes, as well as explanations for why we call stuff what we do.

“Cockpit” is allegedly from the British nautical term “coxswain,” but don’t you agree “a pit for fighting cocks” is the more ­likely source? An autopilot is “George” because its inventor was George ­DeBeeson, but the Brits think it’s in honor of King George, who, of course, owned all British airplanes in World War II. Jet engines are “­blowtorches,” and the area on the ground where a sonic boom is audible is a “boom carpet.” (Is that a great name for a heavy-metal band or what?) Best of all, I think, is calling an aerobatic airplane a “vomit comet.”

Back in the 1960s, when we were smaller in size, the Cessna 150s we flew were known as the “One Filthy,” “Buck and a Half” or “Cess-pit.” The aerobatic version was the “Aero-splat,” the larger Cessna 172 was a “Sky-chicken” and the RG model was the “Strutless,” or “Gutless.”

I learned to fly in a “Scare-coupe” or “Earp-cup” (Ercoupe) while my buddies flew Tri-Pacers (“Pie Chasers”), PA-28s (“Cherry Trees”), Warriors (“Worriers”) or the retractable Arrow (“Sparrow”). PA-38 Tomahawks are “Trauma-hawks,” “Terra-hawks,” “Spin Masters” or “Trauma-rocks.” The Beech Sundowner is a “Slow-downer,” and you have to admit the ­Katana DA20 does resemble a “Flying Sperm.”

Bonanzas have long been called “Doctor Killers” (as were Lake amphibians), but did you know that less-expensive Mooneys are “Dentist Killers”?

The Piper Seminole is, of course, a “Semen-hole,” and the Aztec an “Az-truck.” But the light twin with the most cheap shots has to be the Cessna 337 Skymaster: ­“Sky-maggot,” “Push-Me-Pull-You,” ­“Mix-master” and a few others I can’t write.

“Never-go,” or “Have-a-go,” is the PA-31 Navajo, and the star-crossed (efficient but with a troublesome accident history) Aerostar is an “Oil-star” or “Death Star.”

The Cessna UC-78 Bobcat, used to train so many World War II bomber pilots, was the “Bamboo ­Bomber” because of its primarily wood construction (the wings were built by ­Cincinnati’s Baldwin Piano Co.), but it also earned the name “Useless 78,” since there was little or no payload when full of fuel. Its spindly landing gear made it the “Wichita Wobbler” — supposedly it wobbled when sitting motionless on the ground in a strong wind. And, oh yeah, it was the “Double-Breasted Cub,” and “Rhapsody in Glue.”

Early business jets were saddled with names like the Lear 23 “Fear-jet” and “Noisemaker.” The first Cessna Citation, with less than spectacular perform­ance, was a “Levitation,” “Crustacean,” “Mutation,” “Slow-tation,” “Near-jet” and “Bug Jet.”

Naturally, the Gulf-stream was the “G-string” or “G-Once”; the Jetstream 31/41 a “Junk-stream.” The “Lead Sled” Jet ­Commander, when it morphed into the Israeli-built Westwind version, became the “Jew ­Canoe,” the “Bagel ­Bomber” and the “Yom Kippur Clipper.” Even the elegant Italian Piaggio suffered as the “Pasta Rocket.”

With a type rating in this monster, I can appreciate calling the Swearingen SA227 (instead of Metroliner) names like “San Antonio Sewer Pipe,” “Death Pencil,” “Screamin’ Weenie,” “­Texas Lawn Dart,” “­Sweatro” (in the summer), “Terror Tube,” “Kerosene Crowbar” and “Texas Tampon.” It was common knowledge that Mickey Mouse wore an Ed Swearingen watch.

Military airplanes — wow, there’s room for only a few here: The B-25 is “Billy’s Bomber,” and the Martin B-26 the “Flying Prostitute” (no visible means of support). We all know the B-52 as the “BUFF,” but I didn’t know it stood for “Big, Ugly, Fat.” The KC-135 tanker is appropriately the “Strato-bladder,” and Lockheed’s venerable C-130 Hercules is “Fat Albert.”

The airlines got into the game early, calling the DC-3 a “Gooney Bird” but also “Dakota-saurus Rex,” “Dowager Duchess,” “Grand Old Lady,” “Old Methuselah,” “Placid Plodder,” “Puff, the Magic Dragon” — you probably know more. And it seems strange that some pilots referred to the beloved “Connie” (Lockheed Constellation) as the “Flying Speed Brake.”

Maybe airline pilots dream up nicknames to stay alert on long flights over the ocean, because Boeings seem to get the brunt: The 707 is a “Slush Bucket” or “Water Wagon;” the 727 a “Tri-saurus” or “Jurassic Jet.” The ungainly 737 is the “Tin Mouse,” “Baby Boeing,” “Fat Freddy” and “Yuppy Guppy.” And while the 747 is known as the “Whale,” it also won titles like the “Valiant” and “Queen of the Skies.”

It has to be those same bored pilots who dream up names for mythical airlines such as “Air Roneous,” “Air Apparent,” “Heavier than Air,” “Air Atheist” (motto: “God is not our copilot”), “Air Agnostic” (“God might be our copilot”), “First Gray Air” and “Compressed (or Rarefied) Air.”

You’re not going to believe this, but there are even names listed for your kid. If it’s a boy, the truly avid aviator will saddle him forever with: Anson, Avro, Clipper, Comet, Corsair, Curtiss, Dash, Douglas, Eagle, Falcon, Harrier, Huey, Jett, Lear, Lindbergh, Martin, Merlin, Mitchell, Orville, Skylar, Tracer, Wilbur, Yeager or (heaven help us) Zeppelin.

No, I didn’t even try spell-checking this. 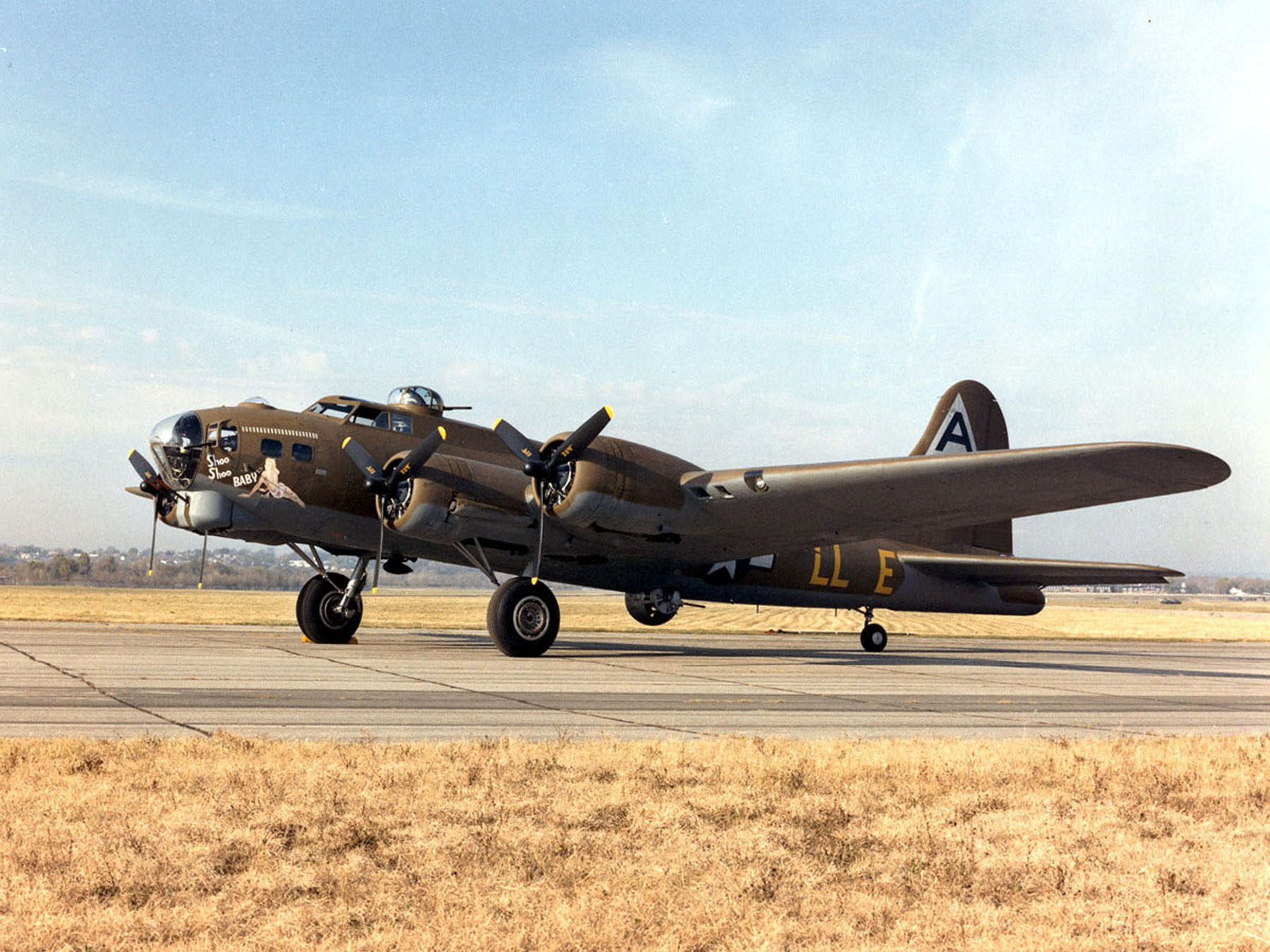 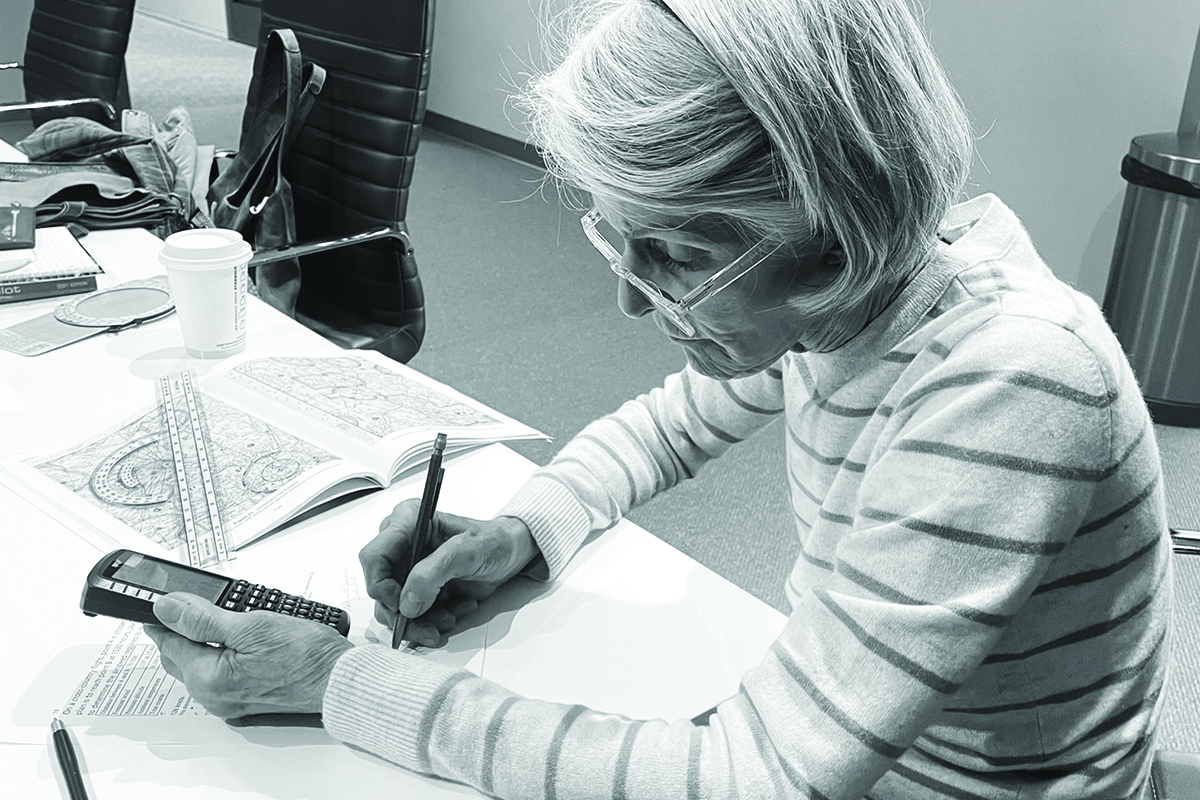 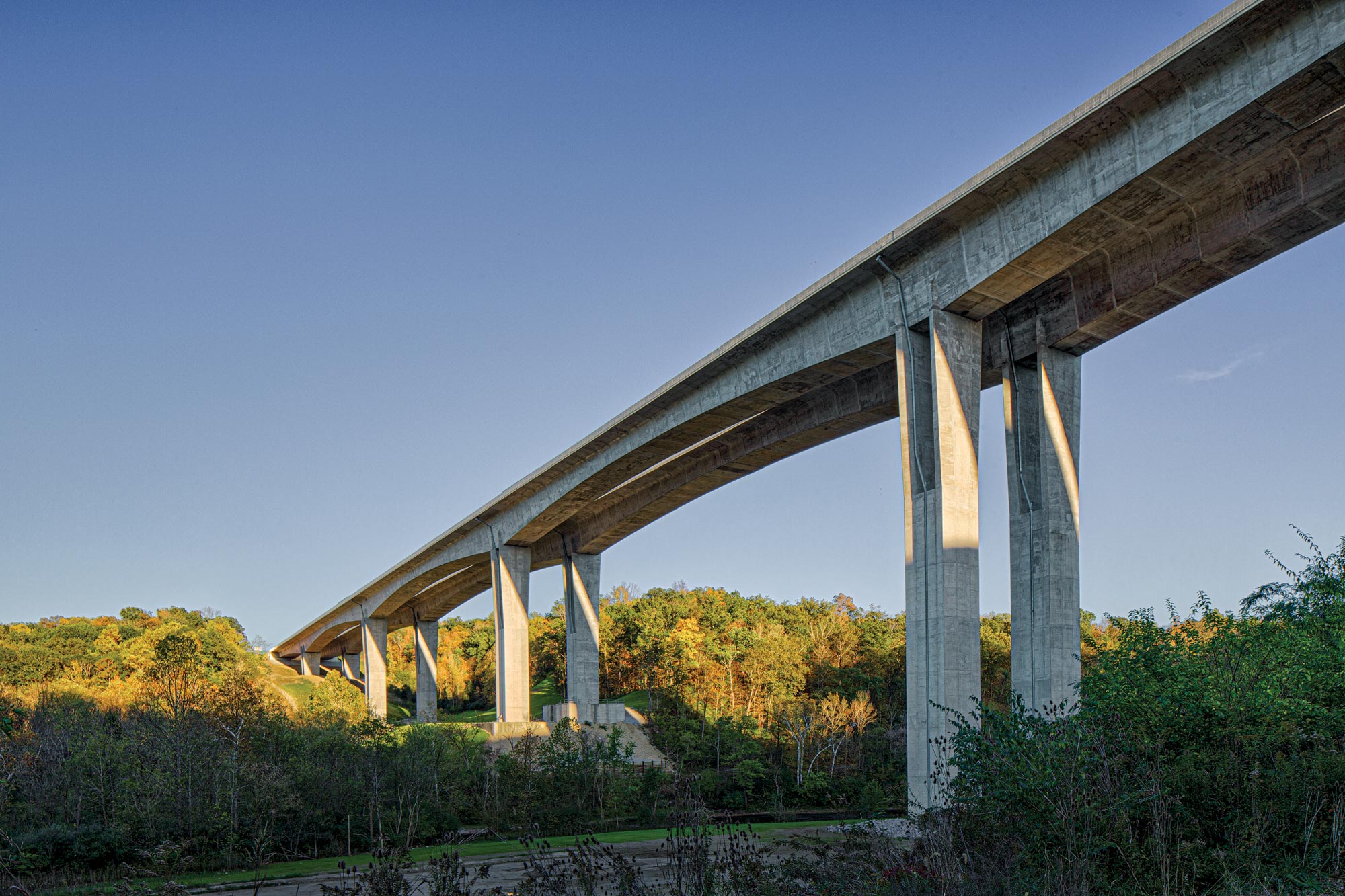 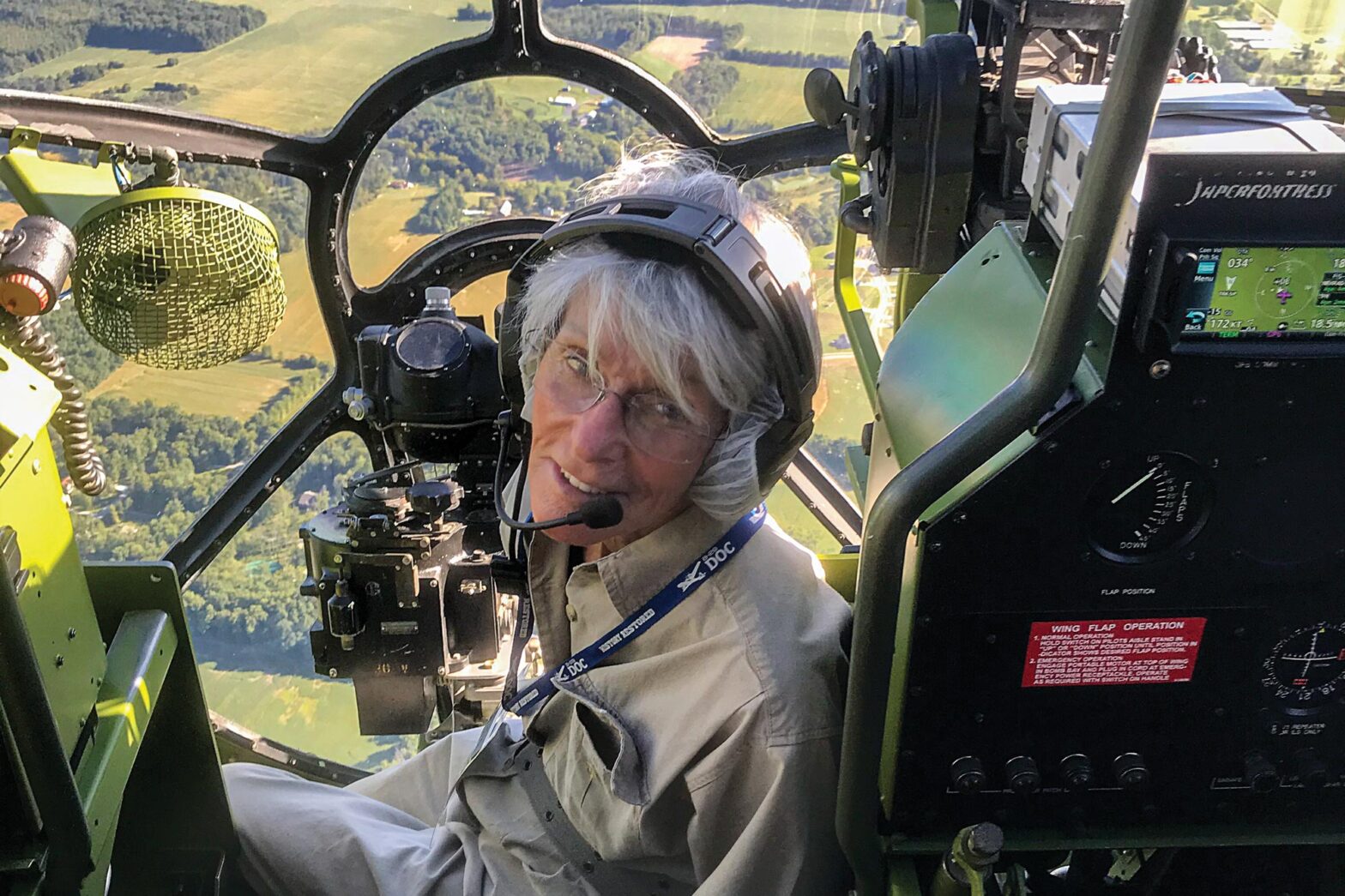