Home / Pilot Proficiency / The Human Factor: The Perils of Multitasking

Multitasking is accepted as a given in our modern technology-driven society. Anyone with a teenager has shaken his head at the sight of his child doing homework while listening to music at a loud volume through earphones, and at the same time carrying on multiple texting conversations and surfing the Internet. While a multicore computer can perform multiple tasks simultaneously, people have only one brain. Since multitasking is becoming so prevalent, it has been thought that some people are especially good at multitasking, or that people get better at it over time as they get used to doing several things at once. Others thought that multitaskers were actually really good at switching rapidly from one task to another, so it appeared that they were doing two or more things at the same time.

A Stanford University study has shown that this is not true. Stanford professor of sociology Clifford Nass, along with associates Eyal Ophir and Anthony Wagner, decided to investigate what it was that gave multitaskers the ability to do what they do. The researchers assembled two groups of people. One group included those who regularly did lots of multitasking, while the other group did very little multitasking. The first experiment tested the subjects’ ability to ignore extraneous information and focus only on what was important. The research team was surprised to discover that while those who did not multitask had no problem successfully completing the exercise, the mulitaskers were very distracted by extraneous information.

Next the researchers decided to test whether multitaskers were better at storing and organizing information. Once again the multitaskers failed miserably, while the control group did fine. The researchers were not going to give up that easily. They figured that if multitaskers were not good at filtering out extraneous information and could not organize their memories better, maybe they were better at switching between tasks faster than others. Again the control group unaccustomed to multitasking outperformed the subjects with lots of multitasking experience.

Basically, the researchers found that when presented with many sources of information, the multitaskers found it difficult to filter out irrelevant information, focus in on certain information or keep things separate in their minds. This is in line with other research showing that multitasking results in a strong negative impact on performing even simple tasks, and that it slows people down and results in more mistakes. This is more than a little scary when you consider what it takes to fly an airplane. The “simple” task of manually controlling the airplane involves taking in multiple streams of information through our eyes, ears and other senses, and then sending out the proper signals to our hands and feet so they all work together to make the airplane do what we want.

Now up the ante to instrument flying. The pilot has to switch rapidly between different sources of information to construct a mental picture of what the airplane is doing and how to get it to go where he wants it to go. And that is still just for manually flying the airplane. Next we need to add in air traffic control instructions, often delivered at machine-gun speed. Then there is the requirement to interpret the instructions from ATC through the use of paper or electronic charts and to fly, or program the autopilot to fly, the desired route. At the same time the pilot has to keep track of the weather at his current location, along his route and at his destination. Finally, add in questions from nervous passengers and personal needs like eating, drinking and bladder pressure relief. As one pilot responded when queried by ATC about his varying altitude, “It’s OK, I’m done now.”

I don’t know about you, but I just about ran out of fingers to count all the various items a pilot needs to track and control, often simultaneously. In high-traffic areas and/or bad weather, the multitasking can become intense. In high-performance airplanes, the pilot typically can use an autopilot to take over some of the basic flying and navigating, but the autopilot itself adds another layer of inputs and outputs for the pilot to manage. Likewise, in a crew situation the pilots can split the load, but once again the task of coordinating between the two pilots adds complexity to the equation.

So what’s a poor overwhelmed pilot to do? The first step is to avoid the need to multitask while taxiing or in the air by carefully planning the flight. Every piece of information accessed ahead of time is one less task that needs to be performed in flight. In a critical multitasking situation, this one piece of information may be the requirement that overloads the pilot to the point that he loses track of something else critical to flight safety. For example, I personally believe that trying to find the tower frequency at Martha’s Vineyard was likely the final link in the long accident chain that led John F. Kennedy Jr. to crash into the ocean in 1999. When he took off that evening, Kennedy was under considerable personal, physical and business stress. His flying skills were rusty, and he had little experience on his own in the sophisticated airplane he was flying. Although legally VFR, he was essentially flying on instruments that evening when he disconnected the autopilot for the descent into Martha’s Vineyard. At that point something as simple as looking for the tower frequency on the sectional chart could have been enough of a distraction to cause a momentary loss of control from which he was unable to recover.

Another step that can reduce multitasking is to try to accomplish as much as possible during times when there are fewer things going on. This means getting everything set up and checked before starting to taxi, and then focusing on controlling the airplane, watching for traffic and following the taxi clearance while in motion. The same goes for the before-takeoff checks. The first few minutes after takeoff can be one of the busiest times of the flight, so it is important to take the time to get everything possible set up before lining up on the runway. In a number of accidents, a pilot who didn’t do this and was trying to take care of multiple items immediately after takeoff lost control of the airplane and crashed.

Cruise flight provides a time to relax; however, some pilots become too relaxed and fail to take advantage of this down time to check the weather and get ready for the approach at the destination. I recently wrote about the crash of American Airlines Flight 965 on approach to Cali, Colombia, in December 1995. Even though it was a three-hour flight, the crew got so involved in a conversation about crew duty time rules that they failed to prepare for what is one of the more difficult approaches in the world. On top of that, it was the first time the copilot, who was flying, had ever landed there. The final straw came when the crew, which was already lagging far behind the airplane, accepted a straight-in approach when they were much too close to the airport to accomplish that approach even if they had been prepared for it. At that point the crew became overloaded to the point of total confusion, and following a navigation error, lost all situational awareness of their position relative to the airport and the surrounding mountains. Just 15 minutes spent reviewing the approach and the surrounding area, and accomplishing the descent and approach checklists, would likely have been enough to establish sufficient situational awareness to avoid the errors they committed and to realize that switching to the straight-in approach was not advisable at that point.

Multitasking is one of those nebulous concepts that are hard to pin down as a cause of an accident or incident. However, because flying involves tracking many sources of information and managing multiple systems and controls, it doesn’t take much to be overwhelmed to the point that critical information is missed or critical actions are neglected or done incorrectly. A conscious effort to reduce multitasking to the minimum necessary by meticulous planning, and by accomplishing everything possible before taxiing, takeoff or approach, can pay huge dividends in safety and peace of mind. 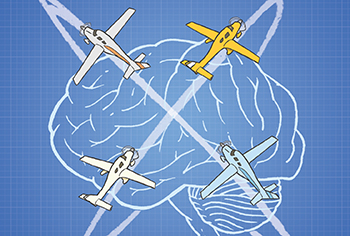 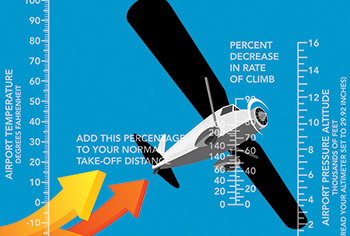 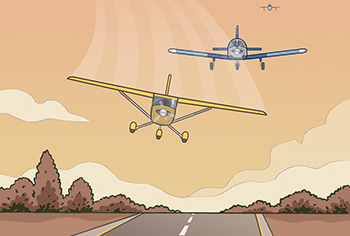 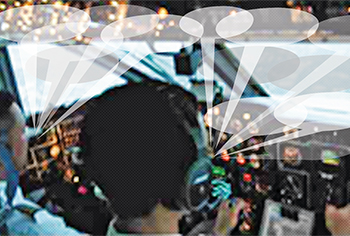