The hierarchy of personal general aviation aircraft types has, over the years, come to be defined by certain mainstays. The Cessna 150-152 and light taildraggers have been the stalwarts of basic, entry-level aviation. The Skyhawk and Cherokee families have long served as the go-to solution for economical four-place aircraft—and more-powerful, complex machines like those from Mooney and Beechcraft have defined the top of the single-engine-piston market.

But, hiding in the gaps between those segments, there are some less common types that offer an intriguing blend of qualities. The four-place Grumman AA-5 family might be one of the better-kept secrets, offering the simplicity of a Cessna 172 while approaching the cruise speed of a similarly powered Mooney. This appealing blend can be found elsewhere, but few options supplement it with the robust network of parts, service and support enjoyed by Grumman owners.

With relatively few problem areas, ADs or areas of concern with regard to flying characteristics, the AA-5 family checks many of the boxes required to earn its place as an approachable aircraft.

The manufacturing history of the AA-5 series is a colorful one. The lineage began with Jim Bede’s homebuilt BD-1, which first flew in 1963. Bede designed the two-place BD-1 with an emphasis on speed and economy, and when it was purchased by American Aviation and developed into the AA-1 series, these qualities were carried over.

In 1971, when American Aviation became Grumman American, the company identified a need for a four-seat aircraft. It introduced an enlarged version of the AA-1, equipped it with a 150 hp Lycoming O-320 and called it the AA-5 Traveler. The airplane received minor aerodynamic improvements for the 1975 model year, which was its last year of production.

In 1976, the AA-5 Traveler was replaced with the AA-5A Cheetah. With the assistance of aircraft designer Roy LoPresti, the airframe was cleaned up to reduce drag, the horizontal stabilizer was enlarged to increase elevator authority and expand the CG range, and fuel capacity went from 37 to 52 gallons.

Topping the range is the AA-5B Tiger, which entered production as a 1975 model and differed from the Cheetah primarily by being equipped with the more powerful 180 hp Lycoming O-360. A number of these became known as Gulfstream Americans when Gulfstream bought the Grumman line and sold them through 1979.

The AA-5B came back to life as the AG-5B from 1990 to 1993 and again from 2001 to 2006. In the AG-5B, the 12-volt electrical system was replaced with a 24-volt system, and the refresh included several minor systems and aerodynamic improvements, plus improved corrosion coating. The AG-5B is uncommon, with only 150 produced as compared to more than 3,000 Travelers, Cheetahs and AA-5B Tigers.

AA-5 prices can vary widely, but when we exclude the most extreme examples in a recent sampling of listings, the majority fall in the $30,000 to $60,000 range. Predictably, more-powerful, lower-time engines and modernized avionics are the primary drivers behind higher prices. As of this writing, 13 examples are listed at a median price of $48,500, with a median airframe time of 3,500 hours. Approximately half are ADS-B-compliant, and most have midtime engines.

A number of Cheetahs can be found equipped with the 180 hp O-360, which is available as an STC. This effectively provides Tiger speed and climb performance at the price closer to that of a Cheetah.

Ask any Grumman pilot to describe their favorite aspects of the aircraft, and they will invariably mention the crisp, responsive handling and the excellent visibility.

Compared with those from other manufacturers, the Grumman design replaces many of the cables and pulleys with torque tubes. Accordingly, AA-5s are quick to convert a light nudge of the yoke into an instant change in attitude.

The reports of excellent visibility are not overstated: The wraparound windows, low beltline and low instrument panel provide a panoramic view. Additionally, the airplane can be flown with a partially open canopy, which improves the experience even further.

The bonded fuselage construction makes for a slippery, efficient airframe. Devoid of rivets and corrugated aluminum, it’s the secret behind the AA-5′s speed. Tiger owners report cruise speeds of 125 to 133 knots at 8.5 to 10 gallons per hour, while owners with 160 hp Cheetahs fly about 10 knots slower with a slightly lower fuel burn.

During climb and cruise, an AA-5 pilot would be well-advised to closely monitor cylinder-head temperatures, which can run high. Accordingly, a good, reliable engine-monitoring system is a wise investment, and with the proper adapter, savvy buyers can download engine-monitor data to observe how a seller has been treating the engine.

Like any aerodynamically efficient airframe, proper speed management is important on approach and landing. One maintainer reports that the majority of incidents he sees are a result of runway overruns that began with excessive speed on final approach.

New and experienced pilots alike enjoy Grumman’s fiberglass main gear, describing it as robust and forgiving. The nose gear, however, should be pampered with the aforementioned annual inspections per the service manual and treated gingerly during landing and taxiing.

The AA-5 family is largely devoid of any major ADs or technical issues. Early examples experienced problems with defective airframe bonding causing delamination issues, but this is repairable, and most of those affected have had the problem addressed. It is, nevertheless, an item to confirm during a pre-purchase inspection.

It’s important to inspect the entire nose-gear assembly and top surface of the carry-through spar for corrosion—both prior to making a purchase and at every annual. All spars are life-limited to 12,000 to 12,500 hours, underscoring the importance of having a detailed logbook history.

Otherwise, owners report that the AA-5 family is largely free of issues, and they enjoy great support and parts availability from companies such as Excel-Air Services in Indiana and Fletchair in Texas. Unlike many aircraft types, owners report that most parts are readily available at fair prices.

Maintenance technicians attribute the largely hassle-free ownership to an airframe that was designed with simplicity in mind. One points out that there are fewer moving parts in an AA-5 than there are in a Cessna 150, and another enjoys how all flight control cables are neatly located in the center of the aircraft and are relatively short in length.

Indeed, unlike most comparable aircraft, there are no moving parts inside of an AA-5′s wing—all flap and aileron actuation is achieved via easily accessible torque tubes upon which each control surface pivots. Additionally, the castering nosewheel is a simpler and lighter design than those used in most Cessnas and Pipers.

Among the most valuable resources available to Grumman owners are the bustling owners’ groups. The American Yankee Association is the original type club and holds regular events, including an annual convention. The Grumman Pilot’s Association and Grumman Gang are additional resources, and enthusiastic support is available to the owner community in the form of online forums and video tutorials.

The AA-5 series serves as an interesting alternative to the comparable Cessna and Piper models that make up the general aviation fleet. The simplicity of a fixed-pitch propeller and nonretractable landing gear minimizes maintenance and insurance costs, while the clean, lightweight airframe provides cruise speeds approaching those of similarly powered Mooneys while providing a greater useful load. 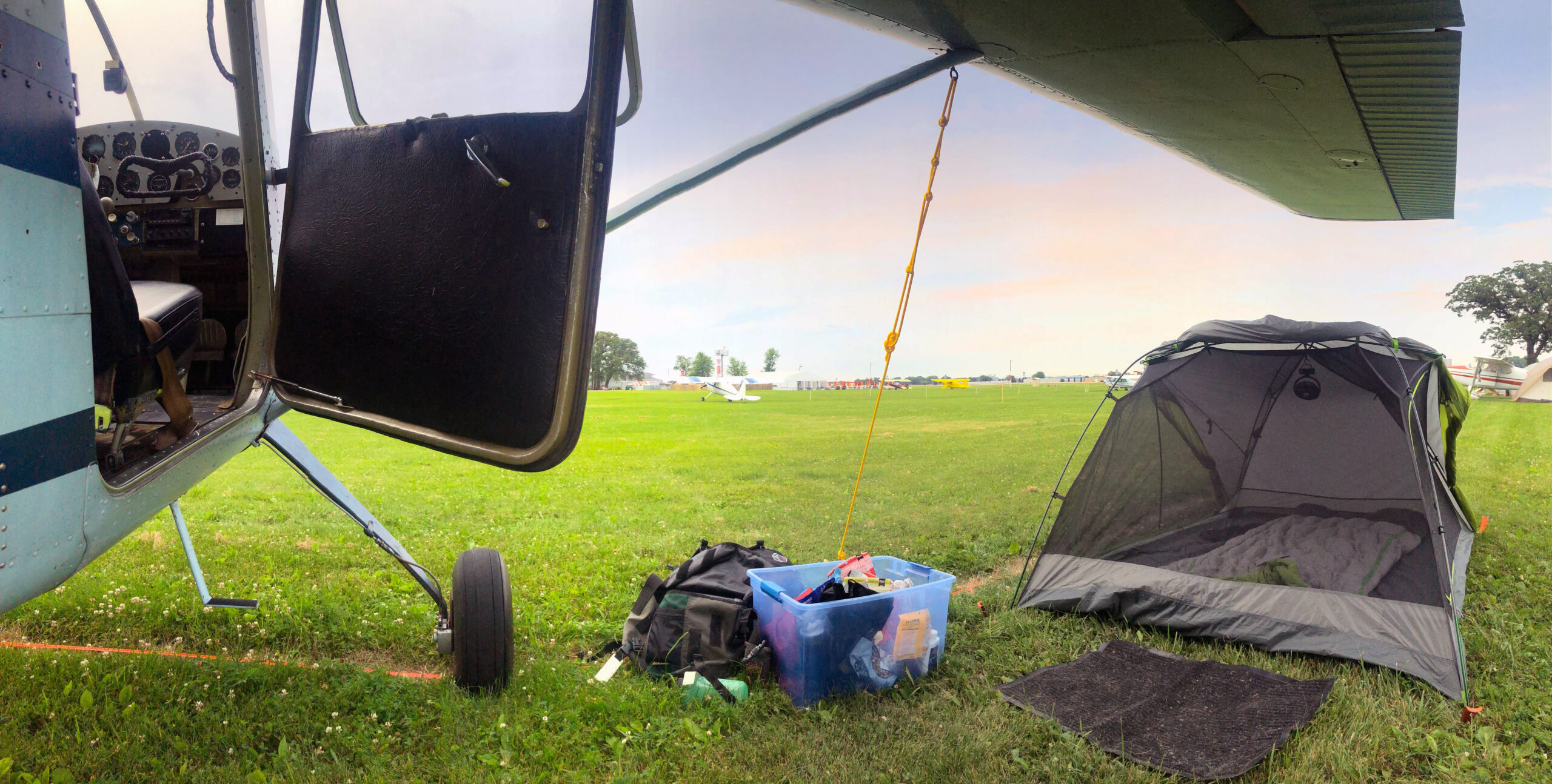