It is 9 a.m. on a gray Tuesday. I am standing on our dock at City Island in the Bronx, New York, surveying my handiwork, sipping hot coffee to assuage the gnawing tension. I have just finished preparing my sturdy boat and home, Windbird, to ride out a hurricane on a 40-year-old dock in an exposed marina. The storm is not to arrive for a few hours yet, but a freshening salty breeze and foreboding smudge on the southern horizon foretell its coming. I check and double-check the braided dock lines, which are fitted with rubber snubbers and anti-chafe gear, spiderwebbed between strong points on the boat and various dock cleats of admittedly questionable integrity. Fenders are arrayed on the leeward side of the hull. I’ve removed our dodger and Bimini canvas and lashed the framework in place. I cut short a family vacation and flew into LaGuardia Airport yesterday afternoon to storm-prep the boat. With Dawn absent and me working singlehanded, I decided to leave the headsails in place on their furlers. I hope that wasn’t a mistake.

When we sailed Windbird from Florida to New York City this spring, it was partly so that I could fly out of my new base’s airports of Kennedy (KJFK), LaGuardia (KLGA) and Newark (KEWR) without commuting—but also to get out of the way of tropical cyclones like this one. Yet this is the second named storm to hit New York this year, and it’s only the beginning of August. Isaias is also the ninth Atlantic cyclone of the season, which in a typical year would not arrive until October. The times—they are a-changin’.

Isaias is technically a strong tropical storm, though it was a hurricane when it came ashore in the Carolinas last night. It remained surprisingly robust post-landfall thanks to an unusually strong-for-summer southwesterly jet stream, which also accelerated the slow-moving storm to nearly 30 knots of forward speed. The eye is forecast to pass about 50 miles west of here, placing us squarely in the feared right-front quadrant, where circulation around the low combines with the system’s forward motion to produce a cyclone’s most destructive winds. The newest forecast models call for gusts well above hurricane strength. This doesn’t surprise me because this isn’t my first encounter with Isaias, and the storm has already been punching above its weight.

Six days ago, I was assigned a two-day trip on my last days of reserve duty for the month, with a 24-hour layover in San Juan, Puerto Rico. In the summer, I check the National Hurricane Center’s website several times a day, so I was aware of what was then known as Potential Tropical Cyclone Nine bearing down on the island, but I wasn’t terribly concerned. Airlines fly into tropical storms and incipient hurricanes almost as a matter of course; my employer attracted some media notoriety for being the last airline to operate an evacuation flight in and out of San Juan only hours before the Category 5 monster Hurricane Maria smashed into Puerto Rico in 2017.

Winds above storm force aren’t really a problem so long as they’re moderately aligned with a runway (the Boeing 737′s max crosswind component limit is 33 knots, and the 757 is good to 40 knots), and while the torrential rain that spreads well out from a tropical cyclone’s core may cause flash flooding and massive mudslides elsewhere, most major airports with grooved runways and engineered drainage are fairly immune to inundation. The main concern, from the airline’s point of view, is making sure all their airplanes get out before any really destructive winds arrive.

The fates of crews laying over during a tropical storm are much lower on the airline’s list of worries, and this is where it pays to be a proactive captain. Before departure from Atlanta, I called our San Juan layover hotel, which is fairly exposed on Condado Beach. Operations all normal, I was assured. Very well. Our route took us from Atlanta down to Jacksonville, Florida, across the Gulf Stream to the Bahamas’ Abaco Islands, then offshore east of the Turks and Caicos and Hispaniola, approaching Puerto Rico from the northwest.

While we were still 400 miles out, San Juan’s ATIS reported half-mile visibility in heavy rain, thunder and high wind—the first big outer band of thunderstorms spawned by the cyclone. ATC advised us that five jets were holding, so we slowed down as I calculated time and fuel to our two alternate airports (both west of the storm in the Dominican Republic) and sent a message to our dispatcher.

There was a complicating factor: As a new captain with fewer than 100 hours of pilot-in-command time at my airline, I was still on high minimums of a 300-foot ceiling and 1-mile visibility. We have an exemption that allows high-mins captains to operate down to published Category 1 and 2 ILS minimums with the use of autoland, but the wind exceeded the 737′s autoland limits. It was mostly an academic point—I wasn’t about to land in a thunderstorm—and in any case, the line soon moved west of the field, and the preceding flights all landed successfully, reporting moderate rain and turbulence on approach.

The line of storms was now between us and the airport, but San Juan Approach confirmed what our onboard radar showed: a sizable gap over Punta Salinas, a few miles west of the city. We headed for it and—with a few 30-degree turns—were able to negotiate the chicane with only a few fat raindrops on the windscreen and a couple good thumps of turbulence. The surface wind had died down to only 20 knots, nearly aligned with Runway 8, but we lost almost 15 knots of airspeed to shear on short final. My experienced first officer, Derrick, deftly arrested the decay with a timely burst of power and eked out a nice landing.

We stuck around to say goodbye to the deplaning passengers and then set out for the hotel. As expected, the area was fairly deserted thanks to the double whammy of the storm and the COVID-19 pandemic. In fact, flight crews constituted the only guests for the night. I walked along the northeast-facing beach where large, angry-looking waves were already crashing ashore; I was soon chased inside by a security guard. Derrick and I settled in with a bottle of Barrilito 3 Star rum to swap tall tales and watch the surging winds whipping the beachfront palm trees.

Overnight, the NHC made it official, christening the new tropical storm “Isaias,” and when dawn broke, it was still lashing San Juan. As our afternoon pickup approached, the wind eased, but several flash flood warnings were issued. There was localized flooding on the van ride to the airport, but operations appeared to be fairly normal. Our airplane arrived on time, we loaded up what passes for a full load of passengers these days, and we pushed back just in time for a trailing band of thunderstorms to move onto the field. Gusts of 45 knots shook the airplane and torrential rain reduced visibility to almost nothing as I taxied out through a construction area at a snail’s pace, windshield wipers swiping madly at sheets of water cascading down the windscreen. The line passed as quickly as it came, but another trailed closely behind, with a moderate-to-heavy cell a few miles off the departure end of Runway 8. Tower informed us about it and cleared us for takeoff; we lined up and took a look with our radar.

Here’s where experience comes into play: safe to launch, or taxi clear and wait it out? I had to make that decision many times as a captain at my previous airline, and I’ve sat in the right seat for many a grizzled old pelican as they made the call. I’ve been wrong a few times and got thumped. This time I decided that our northbound turn would keep us clear of the weather. Derrick agreed, we went, and our judgment was proved correct. We spent the next hour dodging powerful cells as we picked our way around the northern periphery of the large and well-organized system. I was not surprised when the NHC upgraded Isaias to a hurricane soon after we landed.

Now, after five days of waxing and waning and weaving its way through the Bahamas, sidling its way past Florida and soaking the Carolinas, Isaias has found me once again in New York. The foreboding smudge arrives and with it comes southeasterly wind: 30 knots, 40 knots, 45… Stinging rain drives me belowdecks where I watch our wind instrument graph the storm’s building fury. Suddenly: bang! I go back topsides to find one of the bow dock lines has snapped. I grab a spare and rig it up, then run around the boat and readjust the groaning fenders that are now keeping the hull from grinding against the leeward finger pier.

Then the wind gets markedly stronger. Huge waves roll directly into the marina from its most exposed direction, flying spume whipping off their crests. Windbird is bucking wildly in its slip as the wind howls through the rigging, grabs the windage and heels the boat far over on its side. The leeward rub rail crushes the fenders and grinds at the dock. Another rope snaps. A neighbor hustles over to help me. There’s a loud crack from the windward side; the finger-pier boards have split, and the cleat securing our aft dock lines has pulled free.

When the wind eases and veers behind City Island, and I’m no longer too frantically busy to be properly scared, I go below and review the wind instrument. It reveals a 45-minute period of 55 knots sustained with gusts as high as 80, all broadside to Windbird’s ample flank. This turns out to be New York’s highest wind since Hurricane Sandy in 2012. A friend’s new-to-him Grumman Tiger at Long Island’s Republic Airport sustained minor damage, while a number of neighboring GA aircraft were flipped. Our dock sustained major structural damage, and one boat near the end was sunk in its slip. But Windbird escaped with only a few minor scratches. The next day, the NHC revises its already-pessimistic forecast to suggest that this year will feature a gobsmacking 19 to 25 named storms in the Atlantic. With nine tropical cyclones so far—and with the three most active months of storm season remaining—New York isn’t feeling like a very safe port after all.

I like to think that as a pilot and sailor, I have a greater-than-average appreciation of and respect for the might of Mother Nature. I encountered Isaias as only a strong tropical storm with localized hurricane conditions for less than an hour, and it was eye-opening. I learned a lot about storm preparation and riding one out, and I am changing our plans accordingly. I’ll be quite happy if I don’t cross paths with another tropical cyclone this year on Windbird or in the 737, but hope’s not much of a strategy. 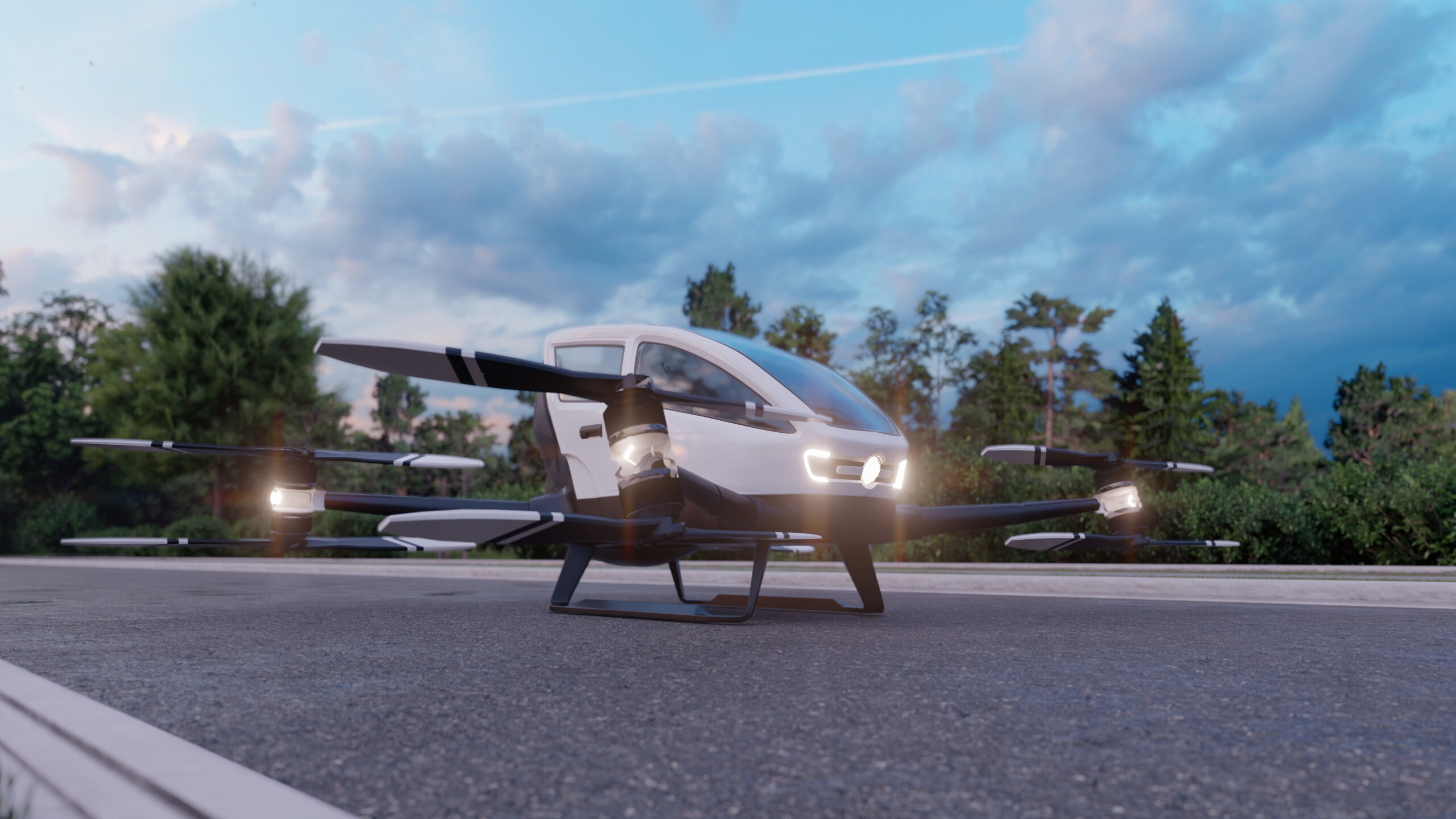 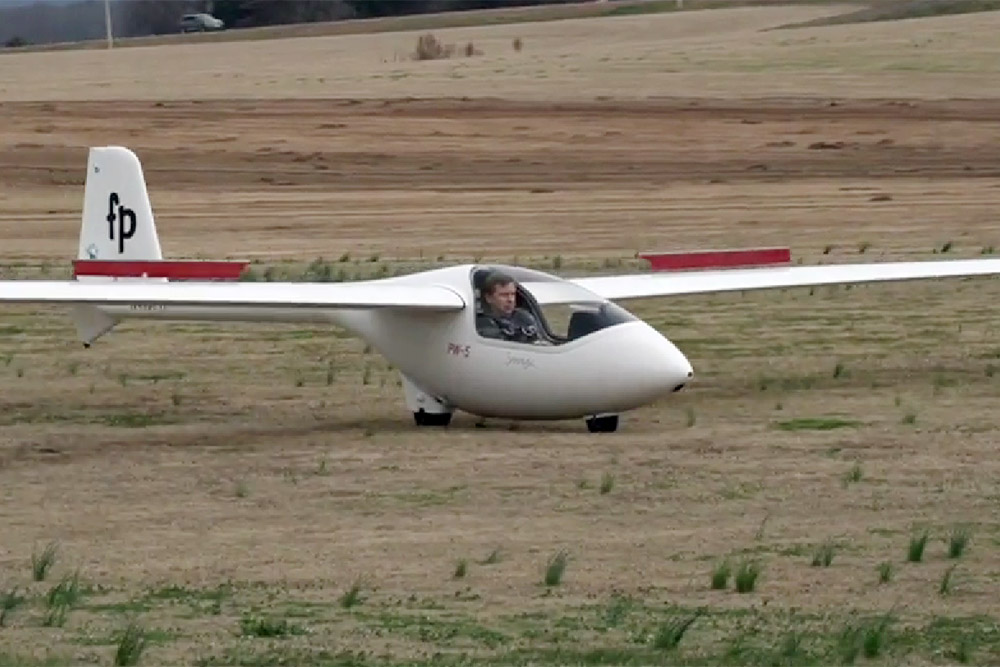 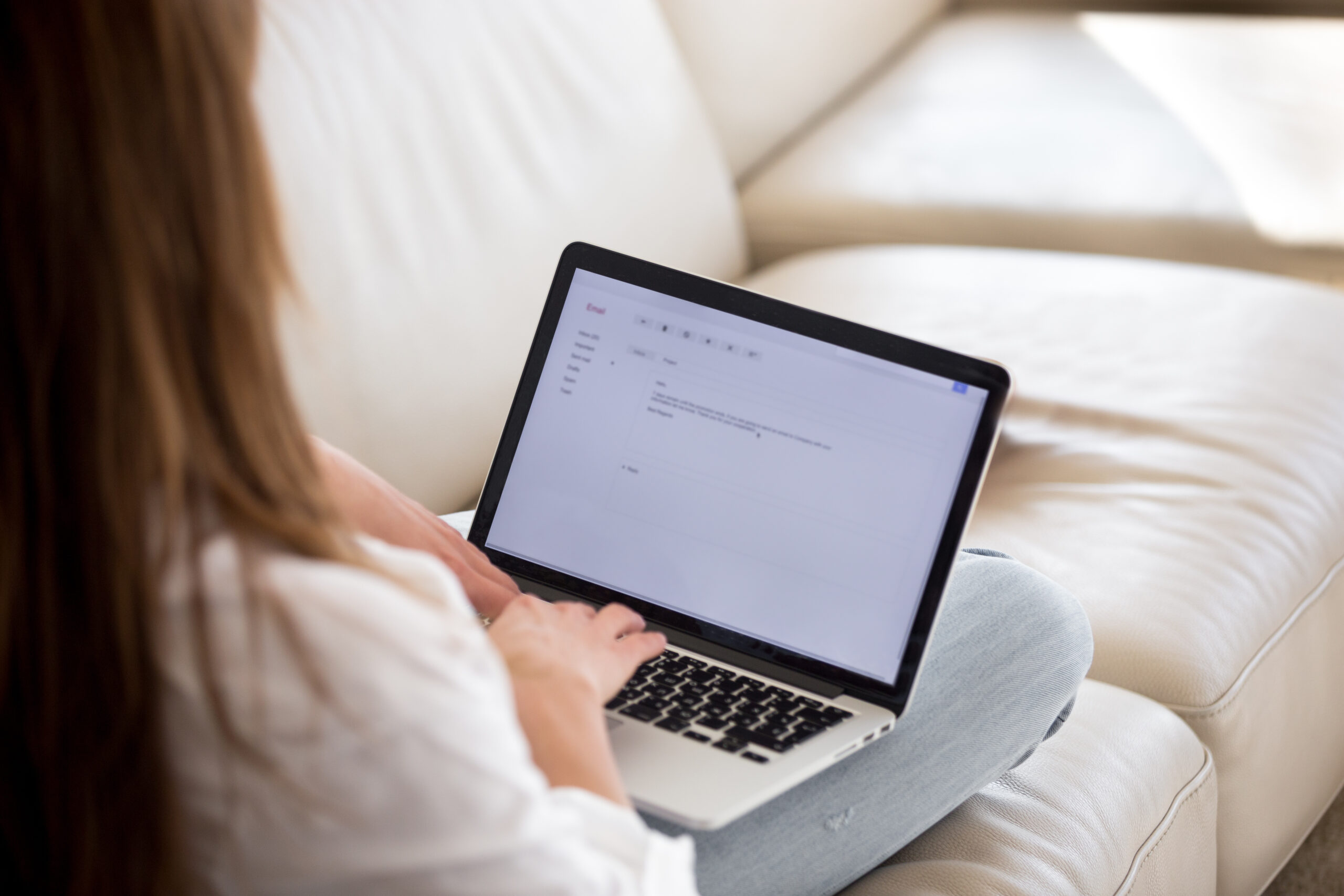 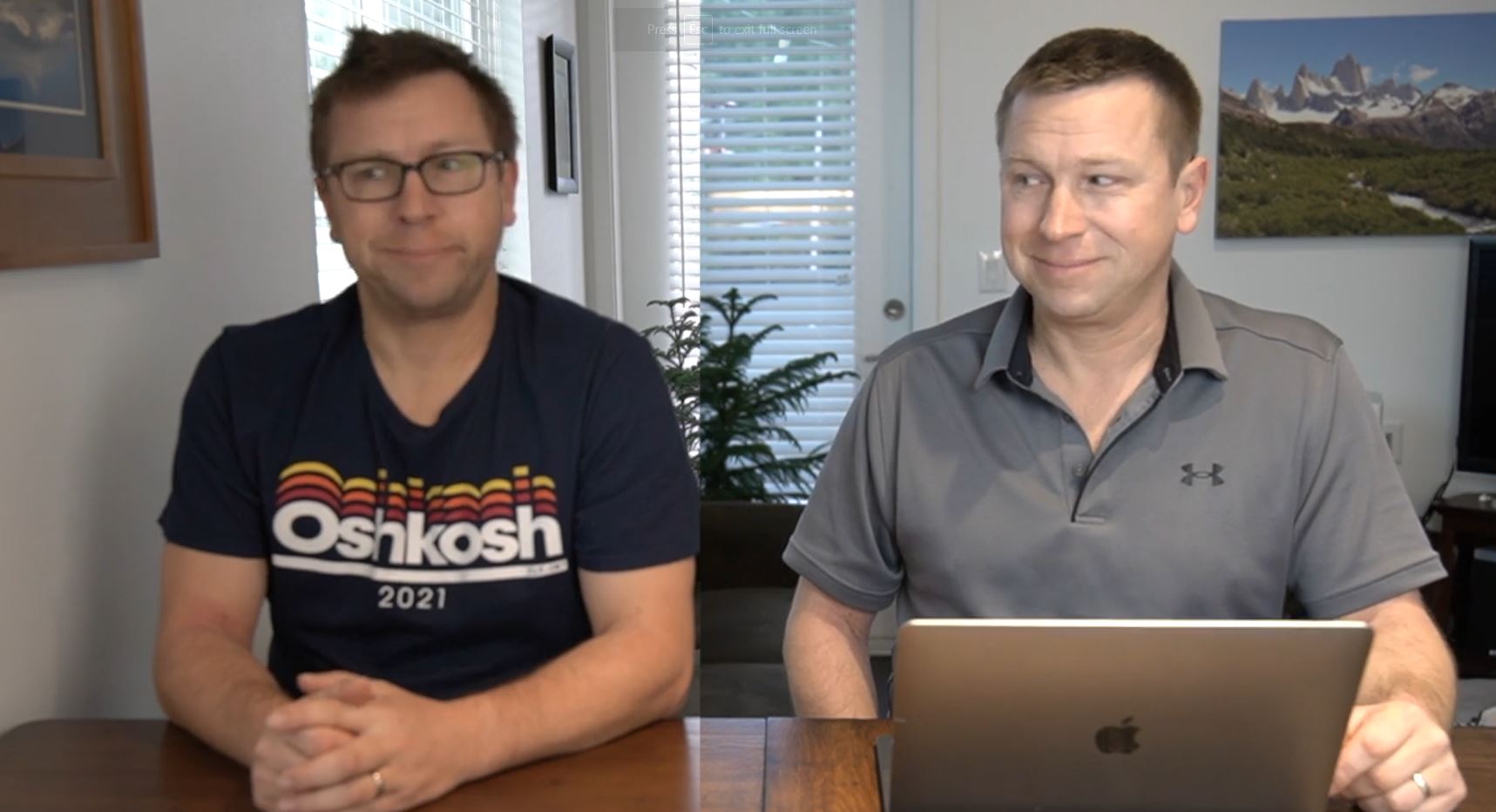