Back in college, I got into motorcycle riding. Starting out with a thoroughly shagged Honda CBR600, I became hooked, and I soon began to save my pennies for a brand-new machine. Before long, I found a Ducati Monster that was four years old but had never been taken out of its original shipping crate.

Anticipating the luscious, smooth torque and intoxicating sounds produced by that 900cc Italian twin, I took a couple of days off from work and dedicated them to riding. My enthusiasm was dampened, however, when I learned about the necessary break-in process for a new motorcycle engine. For the first 1,000 miles, I had to limit the engine to fairly low RPMs.

That first 1,000 miles was torture. Every time I accelerated, I’d have to ease up on the throttle just as the engine would begin to wake up. But I knew it was the right thing to do for the engine, and I carefully abided by the prescribed process.

Fast forward about 17 years, and I find myself in a similar situation with my airplane.

As I mentioned in previous articles, I had to do a top overhaul on my engine and in the process, I replaced all the cylinders. This occurred after only two short flights in the airplane, and thus, I was unable to complete my checkout. This left me in a pickle—I now had to somehow fly 10-plus hours at cruise power settings and had to avoid pattern work at all costs.

It was frustrating. I needed a significant amount of pattern work to perfect my takeoffs and landings…and landings are, after all, the most fun part of flying a taildragger. Once again, I had an amazing machine at my disposal, but engine break-in procedures left me unable to use it in the manner I wished.

Although I was properly rated and legally able to fly my airplane, my two lessons were woefully inadequate to get me fully trained and proficient in it, so I had to get creative. I began by calling my friend Jim, another 170 owner, to help me fly the 10 or so hours that are necessary to break in the new cylinders. He would fly the takeoffs and landings, and I’d steer us around while we watched the hours tick by.

Before long, we found ourselves flying along with nothing to do but put time on the engine. We spent the first few flights buzzing around the area. Jim provided a guided tour of all the airstrips—charted and uncharted—that dot the counties around us.

I knew he and our mutual friend Ross spend their days bopping around from one private strip to another, but I had no idea just how extensive their network had become. They had, over the years, befriended quite a few landowners and had secured permission to use all of these airstrips at their leisure.

This was my ultimate goal—to build the necessary skill and proficiency to be able to accompany them on their jaunts from airstrip to airstrip. It wouldn’t be easy. Most of the strips were comically short, and most had their own unique set of challenges in the form of obstacles and/or runway conditions. But I was looking forward to the learning process.

Jim and I continued to buzz around aimlessly for the next several flights whenever he had a bit of time to spare. As we tore around the countryside at high throttle settings, we began to become bored with the aimless flying, and he asked me whether there was any place in particular I’d like to go.

One destination did come to mind. I explained how I had once heard of some mysterious underground hangars at a private airport about 100 miles west of our location. I’d attempted to learn more about the place in the past, but all I’d been able to find was the grainy, dated aerial view from Google Maps and a rumor that it had once been part of a large clothing company.

We did the mental math and determined the trip would entail about an hour out and an hour back. It would be a perfect mission to satisfy our curiosity while burning off some of the necessary cylinder break-in hours. We double-checked our fuel situation, confirmed we had enough on board, and turned to a westerly heading.

About an hour later, we spotted the place perched on a hillside. With a 3,800-ft paved runway, it had the appearance of a public airport. But as we approached, we saw the word “PRIVATE” painted on both ends of the runway, removing what little doubt might have remained after seeing the palatial facilities next to it.

If ever there was a James Bond villain that hailed from Wisconsin, this is where they would be based. A nice paved taxiway led to two massive hangars that were built directly into the hillside, the larger of which looked to be suitable for a Falcon or a Gulfstream. The other appeared to be large enough for a Beech King Air or a Cessna Caravan.

The house adjacent to the hangars was similarly suited to Bond villains. A large, sprawling estate, it was supplemented with what appeared to be an office or administrative facilities as well as a structure with sweeping windows that might have contained a large pool or theater. It was obvious that at this residence, global domination could be carried out both efficiently and in luxury.

Being careful to maintain a safe, legal distance from the fascinating place, we circled it a few times. I grabbed my nice camera and snapped a few photos. Spotting what appeared to be a small observation tower overlooking the facilities, Jim and I contemplated how we might use the place in the event of a zombie apocalypse. Photos shot and plans in place, we headed back home.

With some modest missions like these, my otherwise boring break-in flights proved to be a lot more fun than I had anticipated. I was careful to avoid actively complaining about the inconvenience of having to fly break-in hours before resuming my checkout training, though. Such a problem is a great one to have, and were I to somehow encounter my past self that did not own an airplane, he would give me a thorough thrashing for whining about anything related to ownership.

In the following weeks, I’d meet new friends who, like Jim, would go out of their way to help fly off the remaining break-in hours. And equipped with the proper mindset, I’d go on to enjoy the process. The challenge was the same as the one I faced years ago as a motorcycle owner, but now a bit older and wiser, I ensured it would be a lot more fun.

Sometimes, Leaving More Things to Chance Can Be a Good Thing

Frustrated by a Seller’s Market? These Aircraft Might Be Your Solution

In the Search for Rare Parts, Networking and Planning Can Save You

Searching, Sleuthing, and Pizza Money End the Saga of 'The Colossal Mistake'

A Stunning Coincidence Leads to a Fix for the ‘Colossal Mistake’ 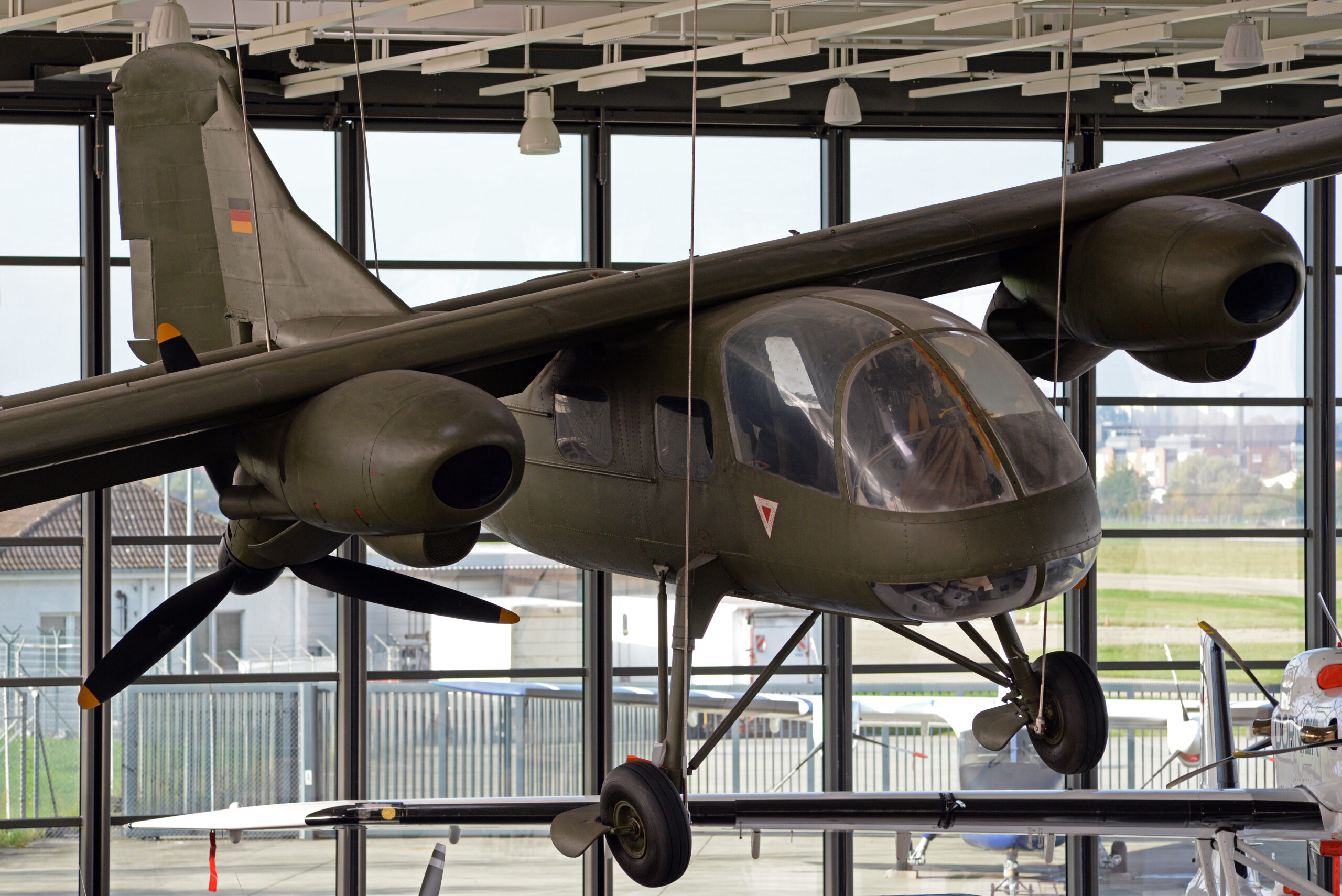 Sometimes, Leaving More Things to Chance Can Be a Good Thing 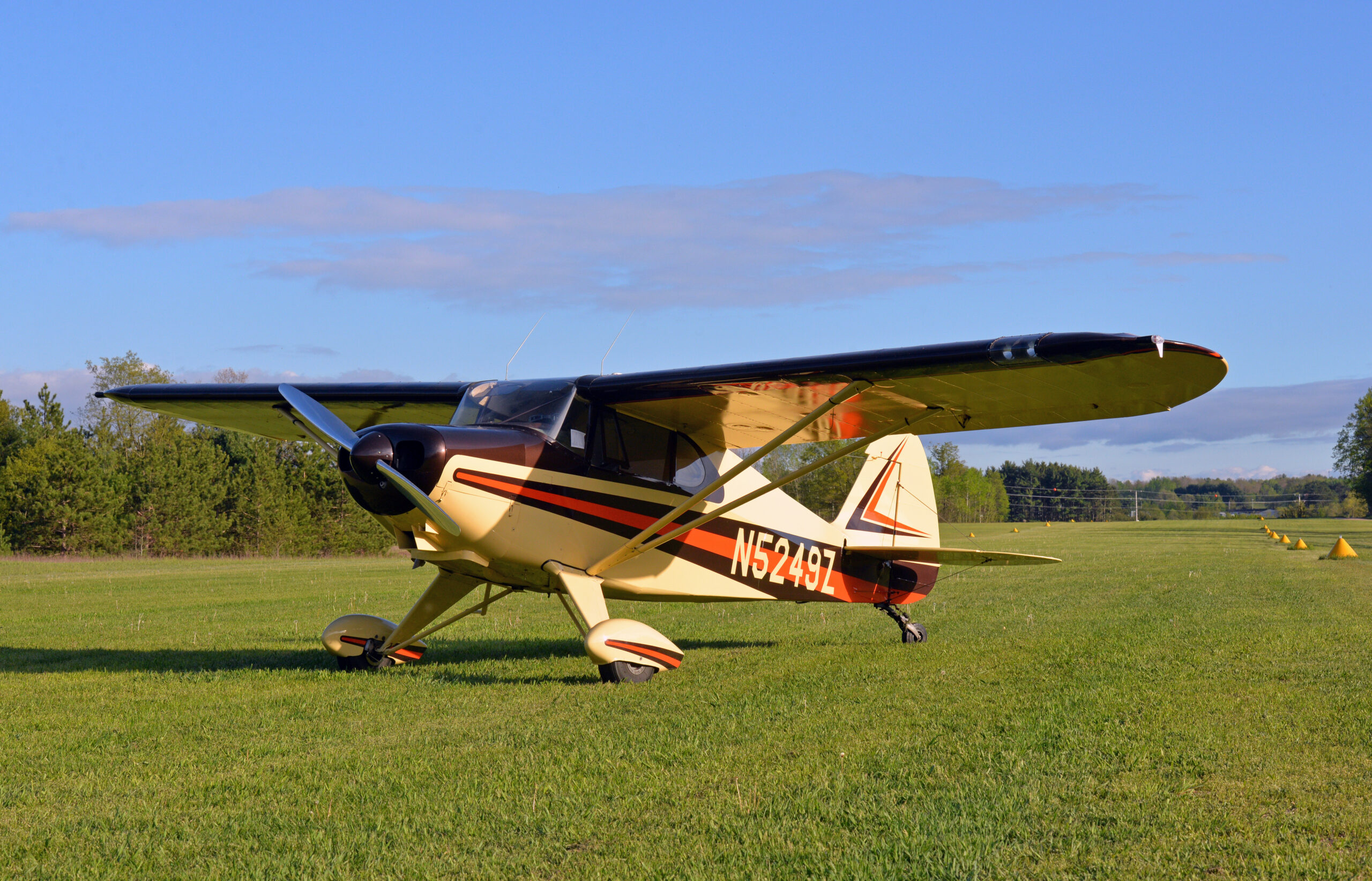 Frustrated by a Seller’s Market? These Aircraft Might Be Your Solution 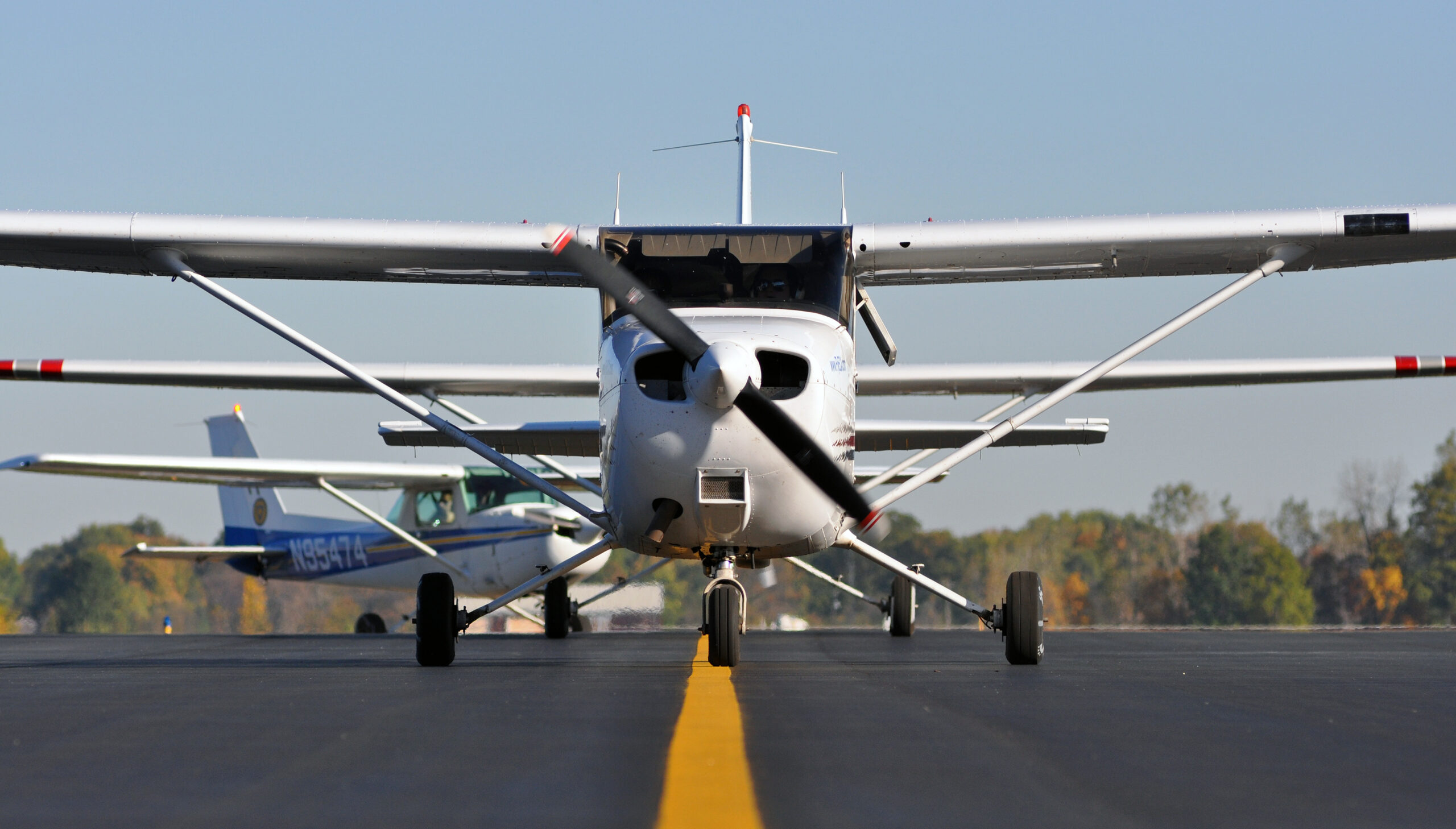 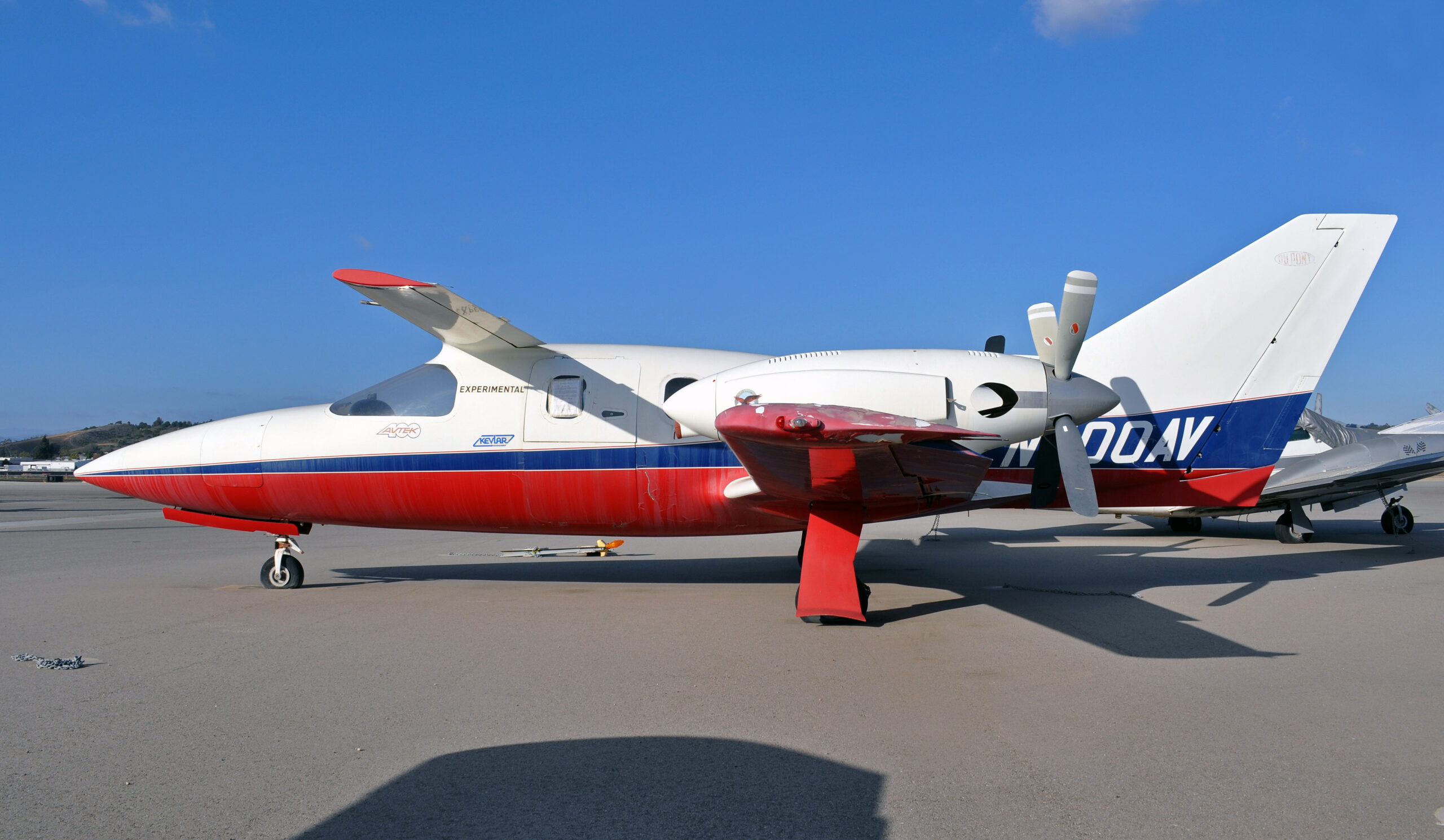