Along the ramp at the Moses Lake airport, more than a dozen journalists waited for the sun to rise around 6:50 a.m., and for the aircraft to take flight. The morning sky grew pink, with scattered clouds at about 4,000 feet agl, revealing a line of hangars and buildings that looked like a string of pearls along the runway. The morning air was crisp and cool, in the 50s Fahrenheit, with a very light breeze of about 2 knots.

The experimental aircraft’s first flight lasted about 9 minutes, 3 seconds. Powered by twin, rear-mounted magniX650 electric motors, Alice flew a test-flight pattern above the airport before touching down back at Moses Lake.

Eviation has garnered quite a bit of attention across the nascent electric aircraft industry, as the Israeli startup attempts to develop and bring to market a viable, fully electric airplane for regional cargo and passenger flights.

First unveiled at the 2019 Paris Air Show, Alice is designed to seat nine passengers and two pilots. Maximum cruise speed: 250 knots. Range: about 440 nm. It has a maximum takeoff weight (MTOW) of 16,500 pounds.

In the coming months, Alice’s crew is expected to analyze results from the first flight and move forward with a structured test campaign—exploring the airplane’s flight characteristics and comparing data with design expectations.

The first flight didn’t come without the usual rough patches associated with such a project—including multiple delays.

Eviation had been hoping to conduct Alice’s first flight late last year, but the company said the COVID-19 pandemic and bad weather pushed testing and preparations into 2022.

During a taxi test last January 28 at Arlington Municipal Airport (KAWO) north of Seattle, Alice experienced a runway excursion which sent it a few hundred feet off Runway 16. No damage or injuries were reported, but shovels and elbow grease were required to free the gear before AIice was towed back to its hangar.

In the spring, the bulk of the project was relocated to KMWH.

The airport, owned by the Port of Moses Lake, was an Air Force base during World War II. After the war, the airport became an aviation testing and training facility. It has been used extensively by the Air Force and The Boeing Company.  From the 1960s until 2009, Japan Airlines used the airport for heavy jet training for its crews. The airport also hosted the supersonic transport (SST) Concorde during the 1970s during its FAA certification testing. The airport has a 13,503-foot-long runway, and was an alternate landing site for the NASA space shuttles.

Alice’s first flight was also preceded by major leadership changes, including the departures of chairman Roei Ganzarski in January and Eviation co-founder Omer Bar-Yohay, who stepped down as the company’s CEO in February.

Bar-Yohay—who remains with the company as a board member—says the CEO change had been planned long in advance. Interim CEO Gregory Davis took the reins while the company searched for Bar-Yohay’s permanent replacement. Under Davis, Eviation began a parallel process of ground testing and safety board reviews surrounding the aircraft.

Inspired by the Lewis Carroll fantasy novel, the name Alice serves as a homage to Alice in Wonderland.  Back in 2016, when Eviation was new, Bar-Yohay was working while Jefferson Airplane’s song White Rabbit was playing in the background. He started calling the project Alice, and the name just stuck.

Bar-Yohay told FLYING last January that three additional Alice test articles were in the pipeline, which would allow Eviation to accelerate its flight test program. Bar-Yohay says he expects the airplane to earn FAA type certification in time to enter service in the 2025 timeframe.

The project has already attracted at least one potential operator. In 2019, regional carrier Cape Air—whose fleet includes 70 Cessna 402s, four Britten-Norman Islanders and 24 Tecnam P2012 Travellers—signed a provisional agreement to be the launch customer for Alice.

Interest has been rising in the mostly carbon-fiber, battery-powered, clean-sheet T-tail design since it was first spotted at KAWO late last year. Eviation intends to shake up the turboprop commuter airline market with an airplane that it says will fly cleaner and smoother than conventional turboprops, as well as be cheaper to operate.

Eviation intends to certify Alice under Part 23 for airworthiness.

“It’s the first Part 23 aircraft that’s all fly-by-wire,” Bar-Yohay says. “It was a very, very painful aspect of the development of this system. It makes the system much more complex and it takes a long time and a lot of money to do this right.”

In addition to its all-electric power plant, Alice has attracted plenty of attention from its looks alone. Some compare its sleek bullet shape to the Italian Piaggio P.180 Avanti.

Did Alice’s designers have the Avanti in mind? “I think we all did,” says Bar-Yohay. “I personally love the Piaggio Avanti.” Nonetheless, Eviation head of design Konstantin Ziman and his team were chiefly guided by a form-follows-function credo. “You have to put yourself in a position to leave enough space for the battery and from a center-of-gravity and load-alleviation perspective.”

Over the past seven years, Eviation considered several design options before it settled on this one. “We looked at canards. We looked at box tail designs,” Bar-Yohay says. “We looked at the wingtip propellers and we landed with something that is very avant-garde, while still being a plane.”

“We get a lot of the incremental benefits that we need, to be on the edge of aerodynamic efficiency, cooling design concepts, and honesty, just plain good engineering around the design.”

A ‘Tough Nut to Crack’

Alice uses “the same kind of 21700 [Li-ion] battery cells that you can find in a Tesla or in a lot of cars that are out there today,” says Bar-Yohay. “If you look at the spec sheets we get roughly 270 to 260 watt hours per kilogram at the cell level.”

The fractional weight of the battery system is roughly 50 percent of the MTOW of the aircraft. The battery is very big. In fact,  Bar-Yohay says the “battery itself functions as a structural part of the aircraft. Meaning the plane cannot fly without the battery there, from a load bearing perspective.”

Alice’s engineers discovered this was the only way to create a battery system that could deliver on the airplane’s mission, he says. “It’s been a tough nut to crack.”

Believers say Alice has the potential to become a vital part of a new zero-emissions travel ecosystem. Cracking the code of how to build a viable electric airliner could trigger a significant increase in regional air passenger routes. That, in turn, could dramatically change the current system which is influenced by hub airports.

Bar-Yohay says the lion’s share of air passengers are only interested in flying to destinations under 300 nm, but the current system forces them to fly hundreds of miles out of their way to transfer at a hub.

“Think about how ridiculous that is,” he says. “If we can compete on both the price per seat mile and we can win hands down on the environmental aspects and we don’t have to go so far—or so big—why would you fly anything else?”

“Long-term,” he says, “this will be everywhere.”

Electric commuter airplanes cannot succeed without new infrastructure. “It’s about where can we roll the ground infrastructure out fast enough,” says Bar-Yohay. Developing nationwide networks of battery-charging services, spare-parts providers, and mechanics who know how to repair and maintain electric airplanes is key. “So we need to roll this out in a measured way.”

Why has Eviation left Israel to set up house in the Pacific Northwest?

“Not for the weather,” he jokes. “I say this as an Israeli and it has taken some adjusting.” What attracted his company to the region around Arlington was its ecosystem and availability of talent—along with its location near “the backbone” of the aviation industry.

Privacy was also among the reasons he mentioned. “It was really important for us to find a runway that was available for us to use when we need to.” Arlington provides Eviation with a supportive community outside “the bubble of the big airports,” including Sea-Tac (KSEA), Boeing Field (KBFI), and Paine Field (KPAE). The ability to be just outside all of that activity and to operate in the “peace and quiet of Arlington has been very useful,” he said.

Now, following the move to Moses Lake and the first flight, new challenges lay ahead as Eviation enters the next phase of Alice’s development. While the test crew works to learn more about the airplane’s flight dynamics, company officials say the strategy will always be focused on safety first. 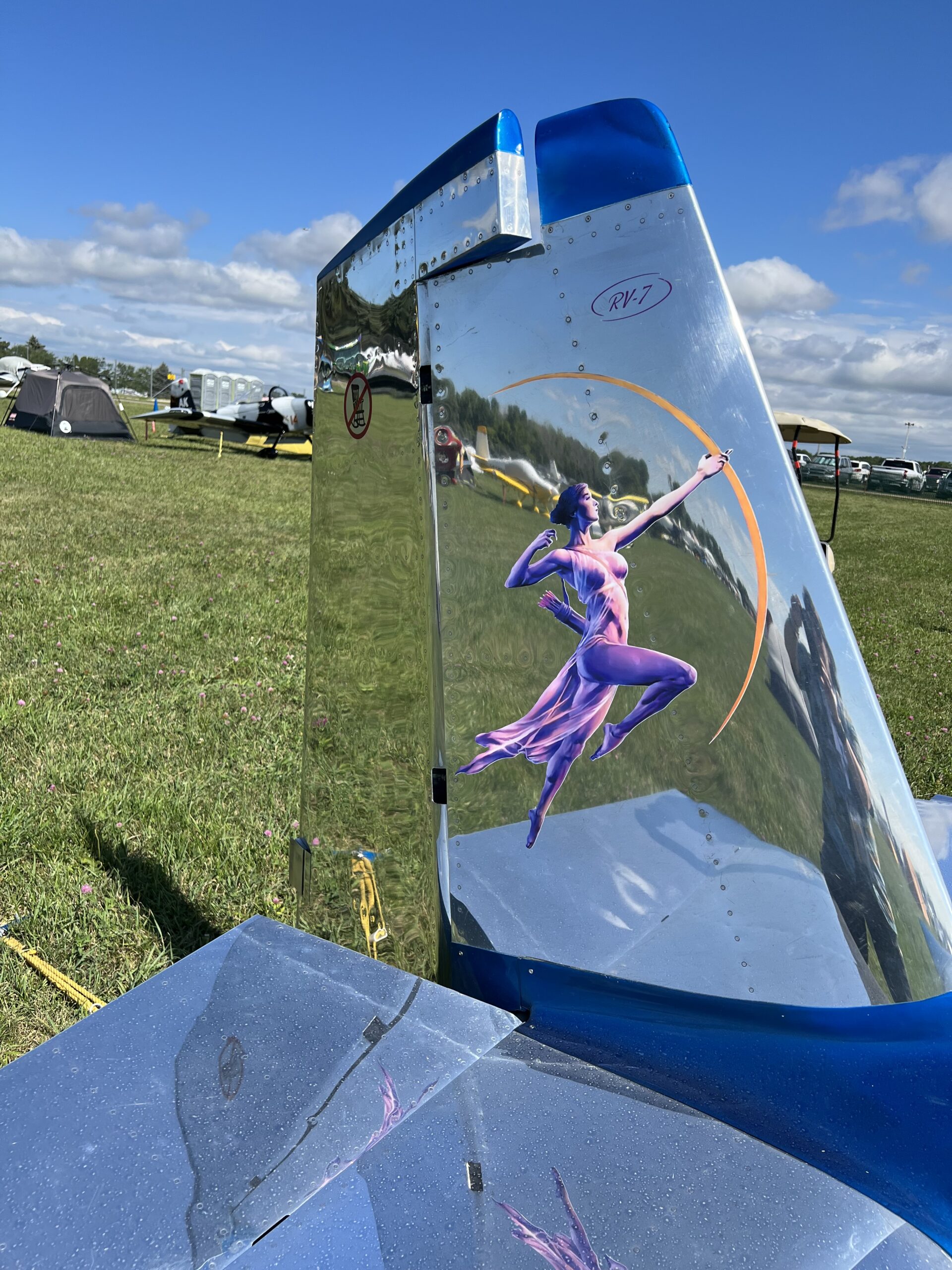 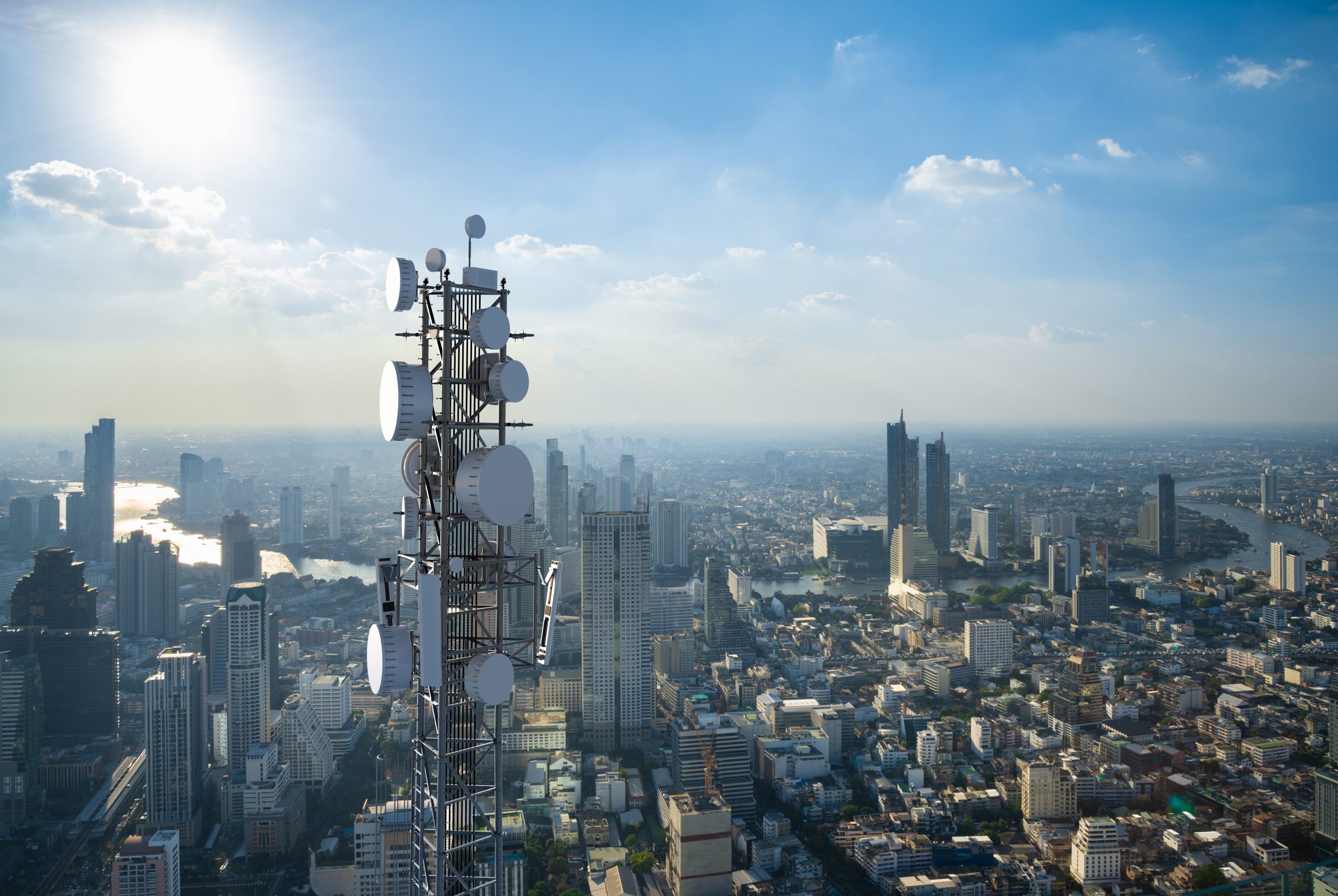