There are a lot of different ways to attend EAA AirVenture in Oshkosh, Wisconsin. From driving there in your car and staying in a hotel, to bumming a ride in someone else’s airplane and camping with them, to driving—and staying—in a luxurious travel trailer, each has its unique pros and cons. But the ultimate adventure is flying there and camping beneath your very own wing.

As a first-time owner, it’s the stuff of dreams. The feeling of successfully navigating the weather, the arrival procedures, the traffic, and the minutiae that accompanies it all is hugely satisfying. And looking back upon it all in the company of good friends from the comfort of your own campsite is priceless.

I’ve been attending AirVenture in Oshkosh, Wisconsin on and off for nearly 25 years—and in several different ways. Last year was the first time I’d attended as an airplane owner, and as a first-time owner who was a rusty pilot to boot, I learned several lessons along the way. With any luck, they’ll help prepare you for your own maiden voyage as a new owner.

1. Know the Notice (NOTAM) Inside and Out

This may be the single most common piece of advice to any pilot interested in flying themselves into AirVenture, and for good reason. The notice (formerly known as the NOTAM) contains information that’s absolutely critical to a safe arrival and departure. From transition points to frequencies to mandatory airspeeds and altitudes, it’s crucial to prepare ahead of time so you’re not simultaneously tasked with learning new procedures while also becoming familiar with a new airplane.

Cramming during your final stretch into Wisconsin doesn’t cut it. Spend some quiet, uninterrupted time carefully studying the procedures, printing window signs, loading waypoints, and taking notes. Watch the EAA’s five-part arrival and departure video series too, so your first time seeing the visual landmarks won’t occur while you’re attempting to spot and monitor all the traffic around you.

If you have X-Plane 11 or Microsoft Flight Simulator 2020, you can even take part in SimVenture, a virtual online simulation of the event. Held at specific times from July 14 through 17, participants are able to fly the actual arrival routes and procedures while seeing the other participants around them. ATC communications are issued in real time from actual air traffic controllers.

These things are beneficial to all pilots flying in, no matter how long they’ve owned their airplanes. But advance preparation is particularly important for new, first-time owners. When properly set up, your EFBs and devices will be loaded and positioned to your liking, and ideally, flying the published procedures will feel like second nature rather than another learning curve with which to contend.

When AirVenture rolled around last year, I knew it would be foolish to attempt to fly myself into the event. I had taken delivery of my airplane only days before, and while I was rated and current, I’d only flown the airplane once, during a test flight with a friend of the seller. I knew flying into AirVenture was challenging on its own, and I recognized the risks of doing so on my own, in an unfamiliar airplane.

Accordingly, I swallowed my pride and asked for help. Help came in the form of a friend of a friend, who himself owned a Cessna 170 not unlike my own. As he happened to work on the field at Oshkosh, he offered to simply fly his airplane to mine, park it in my hangar, and fly with me as PIC up to Oshkosh. After the event concluded, we reversed the procedure.

This way, I was able to experience the trips there and back with someone far more proficient than myself at the controls. I was also able to better familiarize myself with my airplane’s radios and GPS unit. And perhaps best of all, I was able to camp beneath my own wing.

Another way to ease the workload and reduce the task-saturation inherent in flying the relatively complex arrivals in a new airplane is to invite another pilot along to serve as a second set of eyes and ears. You could also invite a CFI along for the trip. Regardless of whether that pilot is more or less experienced than yourself, you’ll have someone to help look for traffic and listen for radio calls. They can also help with simple things like having information at the ready and perhaps running their own EFB in parallel with your own to help confirm you’re on the right track.

After you’ve safely arrived at AirVenture, tied your airplane down, and set up camp, you can take advantage of what might be the single most concentrated source of knowledge about your airplane anywhere on the planet. From type club gatherings to hands-on workshops to conversations with individual owners, you’ll have the opportunity to soak up knowledge and learn lessons most others have had to learn the hard way.

If you’ve had your eye on modifications and/or accessories for your particular type, simply stroll around the grounds. Before long, you’ll likely spot another example of your type that’s already been fitted with those goodies. A closer look can shed some light on how they’ve been installed, and a conversation with the owner could very well produce some insight you haven’t considered.

The exhibit hangars are another great place to learn about parts and modifications for your type. You can chat with the manufacturers themselves to learn which particular product might be best for you, and you can compare them with offerings from competing manufacturers who are likely also in attendance. In addition, many companies offer show-only specials that can save you money on items you’re planning to purchase anyway.

Finally, as you meet other owners of your type, be sure to invite them to stop by and visit your airplane. When they do, you’ll be provided with a free walkaround evaluation from an experienced eye. The veteran owner will point out potential items of concern on your airplane, they’ll recommend specific mods and maintenance items, and if you’re lucky, they’ll give you some names and contact info of others who can provide specialized assistance and advice.

There’s nothing quite like flying into AirVenture in your first airplane and camping beneath your own wing. WIth proper preparation, your first visit as an owner can be as safe and educational as it is memorable. 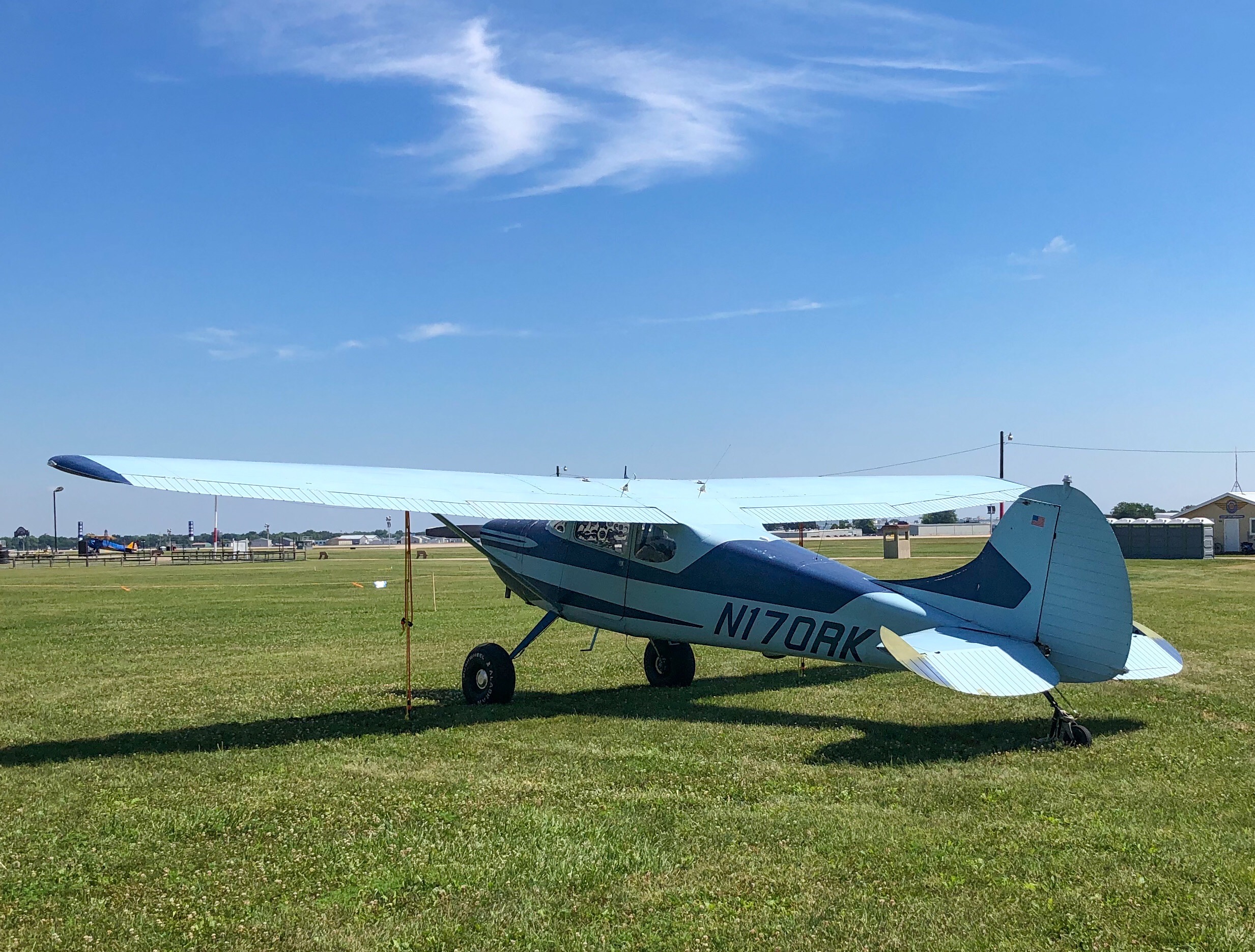 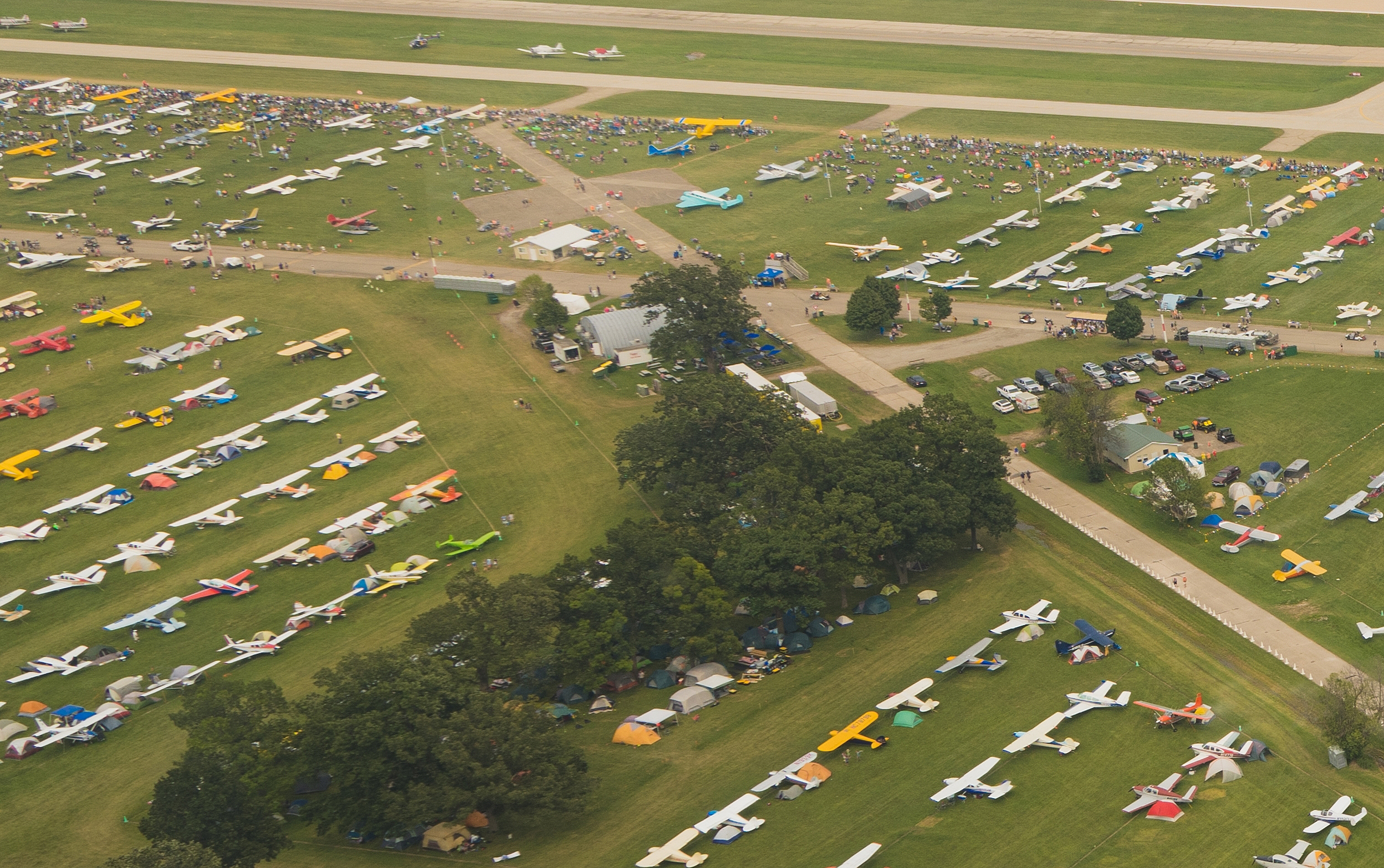