I have been studying general aviation accidents for almost 50 years and it is amazing that over all this period of time we have lost eight, plus or minus a few, IFR airplanes to thunderstorms each year. It’s amazing because when I started there was little or no radar information on thunderstorms available, where now our cup runneth over with radar and lightning information. In 2004 there were eight airplanes lost in storms. They were high-value singles, light twins and a turboprop twin. All likely had some manner of weather-avoidance gear.

Apparently we need to step back and examine how all the available information is used, both in planning, the strategy part, and in flying, the tactics part. Tom Benenson, who is handling strategy, remarked when I told him to don his combat boots before writing that maybe we should call it “Shock and Awe.” Maybe, because it is shocking that some pilots don’t recognize thunderstorms for the awesome things that they are. But we’ll stick with “Strategy and Tactics.”

As we were discussing this, some mention was made that it might be addressed from the perspective of the new pilot and the experienced pilot. In truth, there is not much difference because thunderstorms don’t discriminate. Scott Crossfield, with more experience than the rest of us could ever hope to have, lost a battle with a storm in north Georgia recently. And a perusal of the accidents shows a broad level of experience. Of the eight 2004 thunderstorm accidents reviewed, only three involved pilots with less than 1,000 hours. The high time pilot claimed 30,000 hours.

The simple fact is that once the airplane is in a thunderstorm, experience might not count for much. So, the trick is to stay out of the beasts. Does experience help here? Are there effective ways to do this? Read on.-RLC

Shock and Awe! Get caught in a thunderstorm and first comes the shock and then, if you’re lucky and get out of it unscathed, comes the awe. There’s no question that thunderstorms are the most frightening bogeymen lurking in the sky. With their booming bluster and spears of lightning, it’s no wonder that primitive man thought they were a sign that the gods were angry. Even today, pilots who stray into a storm’s murderous maw often call on their God for help.

In preparation for taking the private pilot knowledge exam we had to learn about thunderstorms. If we did our homework, we understood that all thunderstorms build around a cell with a distinct lifecycle that lasts about 30 minutes. During that 30-minute cycle, the storm goes through three phases. The first is the “towering cumulus stage,” during which a cumulus cloud begins to grow vertically up to a height of some 20,000 feet.

As the storm grows it enters the “mature stage.” A mature storm can reach heights of 40,000 to 60,000 feet and have both strong up- and downdrafts. This, the most dangerous stage of a thunderstorm, often produces large hail, damaging winds and flash floods.

When the downdraft cuts off the updraft, a storm enters its final phase, the “dissipating stage.” With its supply of moist, warm air cut off, the storm can’t sustain itself and weakens. The dissipating stage is often accompanied by light rain and weak winds flowing out from the storm.

Thunderstorms are a frequent occurrence, so chances are good that all of us who venture aloft are going to find ourselves sharing the sky with them at times. Meteorologists estimate that worldwide there are as many as 40,000 thunderstorms every day, some 14.6 million a year; in the United States alone there are something like 100,000 thunderstorms each year.

Since the prerequisites for the formation of thunderstorms are moisture, instability and a source of lifting, it shouldn’t come as a surprise that the highest frequency of thunderstorms in the states is in the Southeast and that Florida has the most with some 80 to more than 100 thunderstorm days a year.

The seriousness of thunderstorms to flying safety is underlined in a study of 2004 NTSB final accident reports, the most recent available. In that year nearly 12 percent of all fatal general aviation accidents related to bad weather involved thunderstorms. Most of the accidents involved pilots flying on IFR clearances, but two pilots flying VFR came to grief because of convective activity.

Intellectually, we understand thunderstorms are to be avoided. We’re taught to “see and avoid” to prevent midair collisions, but it’s also a useful mantra to avoid tangling with one of Mother Nature’s most violent manifestations. Risk assessment requires that if there are storms around-or forecasted-we have to be able to see them in order to avoid them. “Seeing” can mean looking out the windscreen or relying on lightning detection devices, on-board radar, or up- or down-linked weather. If we don’t have a way to see the storms, the prudent decision is to wait and fly another time.

Planning a strategy to deal with thunderstorms should begin well before the day you launch a flight. The Weather Channel, on television or on the internet (weather.com), is a great source for long-range planning. Watching a couple of days in advance of a trip can provide a pretty good idea of whether the weather’s going to be benign or demanding. Another source of information a couple of days out is the NOAA’s Storm Prediction Center at spc.noaa.gov. When you click on “conv outlooks” you’re presented with maps and text detailing the potential for thunderstorms during the next three days. The current day’s convective outlook is available for several different times, in both text and graphics.

Today most of us are using Direct User Access Terminal Systems (DUATS) or other online weather services to do preflight planning. When you enter your flight plan in DUATS or detail it to a Flight Service Specialist at 800/WX-BRIEF you have the option of three types of preflight briefings: the “outlook” (for flights more than six hours away), “standard” (for most flights) and “abbreviated” (to update specific weather items after you received a standard briefing).

Among other weather products you’ll get during a briefing are meteorological aerodrome reports (metars), terminal aerodrome forecasts (TAFs), area forecasts (FAs) and, perhaps the most important for scoping out where storms are expected, convective sigmets.

Metars, the hourly reports of conditions at airports, can give you an idea of what’s currently happening at airports along your route. If there are thunderstorms at an airport, a “special” observation is broadcast and the next metar will indicate the times the thunderstorm or storms began and when they ended. If there are separate storms, the beginning and ending times will be reported in a metar only if the intervening time exceeds 15 minutes. The storm will be described as “occurring at the station” when it’s within five statute miles, “in the vicinity of the station” when it’s between five and 10 statute miles from the observer and “distant from the station” when beyond 10 statute miles.

TAFs usually cover 24 hour periods. The main body of the TAF describes the weather that is expected to exist for at least half the time and have a greater than 50 percent chance of happening within five miles around the airport. The TAF forecasts significant weather including thunderstorms, wind shear, freezing precipitation, moderate or greater rain, accumulating snow, winds, and wind changes and gusts.

FAs provide an 18-hour synopsis (a 12-hour forecast plus a six-hour outlook) of expected weather conditions in each of six regions of contiguous states. The area forecast is a good source for en route weather and can help determine the conditions at airports that don’t provide terminal forecasts.

Another excellent source of weather information is the Aviation Digital Data Service (ADDS), a joint effort of NOAA Forecast Systems Laboratory, NCAR Research Applications Program (RAP), and the National Centers for Environmental Prediction (NCEP) and the Aviation Weather Center (AWC). Available at adds.aviationweather.noaa.gov, ADDS combines information from National Weather Service (NWS) aviation observations and forecasts, and makes them available on the internet along with a number of visualization tools to help us use the information for flight planning.

Just as we use the engine run-up before takeoff as a final check that the airplane and its engine appear ready for flight, at many FBOs we also have a final opportunity to check the weather. Today, FBOs typically have computer terminals for “computerized weather and flight planning” that provide online access to the free DUATS providers or other online subscription weather providers, like Trade-A-Plane with its weatherTAP.com. In addition to online services, several companies, including WSI with its PilotBrief and DTN/Meteorlogix’s MxVision Aviation Sentry, offer FBOs weather products downlinked from satellite. The weather products available for our final preflight check are virtually everything we’ve used in our preflight planning, including Nexrad displays, satellite images, other maps with winds aloft, outlines of sigmets and airmets and active TFRs. With the last minute check, when we go out to the airplane we should have a very good idea of whether the weather is good to go.

Today, with all the information available for pilots before they take off and once they’re airborne, you have to wonder why so many pilots end up tangling with storms. It would seem there’s something wrong with the strategy we’re using to avoid encounters.

One thing that may contribute to the number of “inadvertent” confrontations is the result of hearing from “experienced” hangar-flying pilots about their successful encounters with thunderstorms and their suggestions of what we should do if we get entangled in a thunderstorm. The advice is important and potentially lifesaving, but unfortunately only reinforces the idea that competent pilots can successfully navigate through a thunderstorm and live to brag about it. Don’t be lulled by accounts of successful thunderstorm encounters. Storms come in a wide variety of strengths and a pilot who has once escaped weather’s wrath may have only nudged the edge of a monster or battered their way through a less than typical thunder boomer.

A recent accident serves as an unfortunate object lesson that even skilled pilots can lose in a mano-a-mano confrontation with thunderstorms. Scott Crossfield, one of the most experienced test pilots, was killed recently when he encountered a thunderstorm in his Cessna 210. According to initial reports, he was at 11,000 feet when he requested and was granted a deviation to the south due to weather. Just a minute later, radar contact was lost with the airplane at 5,500 feet. Recorded radar data indicated that the accident airplane entered a Level 6 thunderstorm prior to the loss of radar contact. The wreckage pattern indicated that the airplane came apart in the air.

No question, thunderstorms are shocking and awe inspiring. But they can also be extremely dangerous. The best way to deal with a thunderstorm is to treat it like a very angry junkyard dog, snarling and growling. But with thunderstorms, their bite is worse than their bark. Just stay far enough away and they won’t be able to maul you. 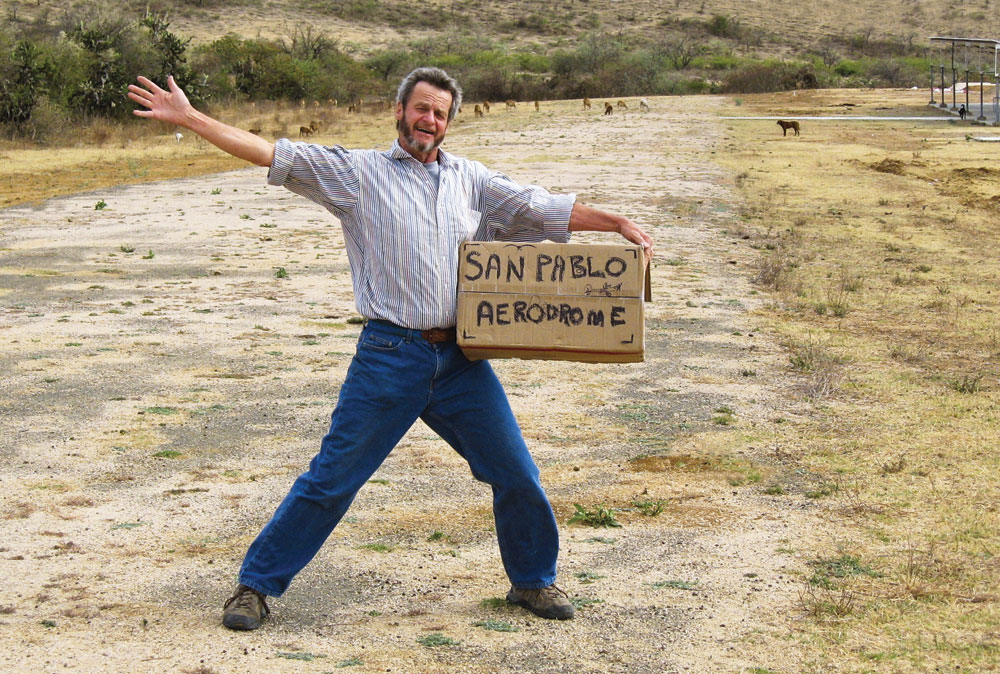 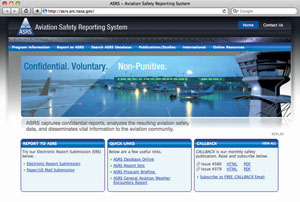