Home / Guides / How Many Wheels Do Airplanes Have?

Airplane wheels, better known as landing gear, endure the roughest treatment of any aircraft’s equipment. They not only support the full weight of the airplane’s payload, but airplane tires withstand takeoff speeds and must be equipped to handle sudden spin-ups when contacting the runway upon touchdown, and aggressive stops at high velocities.

Extreme heat and stress are all part of an airplane tire’s lifespan, and each aircraft must have the right number of wheels to support its operations. So how many wheels do airplanes have, and how do manufacturers determine the amount needed? This article will answer these questions and more, giving you a fully comprehensive understanding of the wheels and other components that make up the landing gear.

How Is the Number of Wheels Determined?

The size and makeup of landing gear on an aircraft is determined by the airplane’s maximum gross weight. Airplane tires need to sustain the airplane’s weight while the aircraft is stationary and distribute its weight evenly when the wheels touch down on the runway surface during a landing. The runway will be damaged if it’s forced to handle a concentrated amount of weight at high speed–another reason why runways are designed to handle certain loads.

Do Any Airplanes Have 4 Wheels?

Most commercial, transport-category airplanes have two wheels within the nose gear assembly, and each main gear assembly may carry two (or more) wheels as well. That is a total of six airplane wheels, which is a rough average.

A single landing gear unit can have multiple wheels but counts as one assembly. Therefore, it’s possible to have four assemblies, but they do not necessarily have four individual airplane tires.

For light aircraft, one wheel comprises the nose gear, and there’s also one wheel within each main landing gear assembly.

How Many Wheels Does a Boeing 747 Have?

There are a total of eighteen airplane wheels on a Boeing 747. There are four main landing gear assemblies—two on each side of the jet and each containing four wheels—with two aircraft tires in the single nose-gear assembly.

What Are Airplane Wheels Made of?

Airplane wheels are composed of conductive rubber to absorb any electricity generated by the friction between the tire and the runway. Flexibility is an important element of the tire’s makeup, and Kevlar, a strong, lightweight, heat-resistant, pliable plastic, is often used for transport category airplane wheels.

The tires are generally made up of three rubber layers, each laid in a different direction to strengthen the airplane tires and increase their traction. They also have a layer of special aluminum steel reinforcements to keep the airplane tires from losing tread or coming apart during a landing.

Constructed into the grooves of the airplane tires are conducting strips that dissipate built-up electric charges. This is to avoid any sparks that would result from the friction and potentially ignite the airplane’s fuel supply.

These tires are often filled with non-flammable nitrogen gas to eliminate corrosion of the metal parts within the transport category airplane’s structure. Nitrogen gas also does not oxidize and destroy the rubber comprising the airplane wheels.

Can an Airplane Land with a Flat Tire?

Flat airplane tires are rare occurrences but can happen if a wheel is under or overinflated. Because most transport category airplanes have more than one tire as part of the landing gear, it is possible to land the plane safely with a flat.

Another reason airplane tires are not likely to blow out during a landing is the amount of air pressure pumped into them. They are six times more inflated than a car tire. This pressurized air keeps them strong, and the airplane wheels don’t suffer immense amounts of damage, although they take a beating regularly.

Why Are Plane Wheels so Small?

Compared to the size of the fuselage, airplane wheels are relatively small in size. However, smaller airplane tires still support the aircraft during landing effectively by distributing the weight evenly amongst them. Larger airplane tires would also weigh more, causing the airplane to use more fuel, and therefore costing the operator (such as a flight department or airline) more money. Engineers make it their mission to make the tires as small as possible while retaining an adequate degree of safety.

Types of Airplanes and the Number of Wheels They Have

Now that we know why tires are so important to the aircraft structure and what makes them so strong, let’s look at a few different types of airplanes and the number of wheels needed to operate them safely.

Airbus is the world’s largest aeronautics and space company and for the moment leads the industry in commercial airliner orders. They have been designing commercial, defense, space, and surveillance aircraft for fifty years, along with helicopters. Airbus’s large commercial airplanes transport people worldwide; therefore, safe airplane tires are a necessity.

The Boeing Company is the biggest airline OEM in the United States. They manufacture airplanes that support U.S. air carriers and conduct business in more than 150 countries. They deliver hundreds of airplanes each year to their customers.

A wide range of airplanes serve general and business aviation for private or corporate flights, as well as transporting freight and passengers. The maintenance of these airplanes usually falls under the pilot’s responsibility, and if that’s you, make sure your airplane tires are ready to carry you to your destination safely. Here are a few popular models, along with their tire count.

Airplane Wheels Are the Unsung Heroes

Airplane tires can withstand huge amounts of pressure and come in contact with the runway 500 times before they need to be re-treaded. The technology that goes into constructing airplane wheels is designed to keep passengers and cargo safe as they travel through the skies.

Don’t miss any new developments in the world of aeronautics and become a part of our growing community by subscribing now to FLYING. This aviation magazine brings you consistent, high-quality content and provides resources to help you become a better pilot.

How To Get a Commercial Pilot Certificate 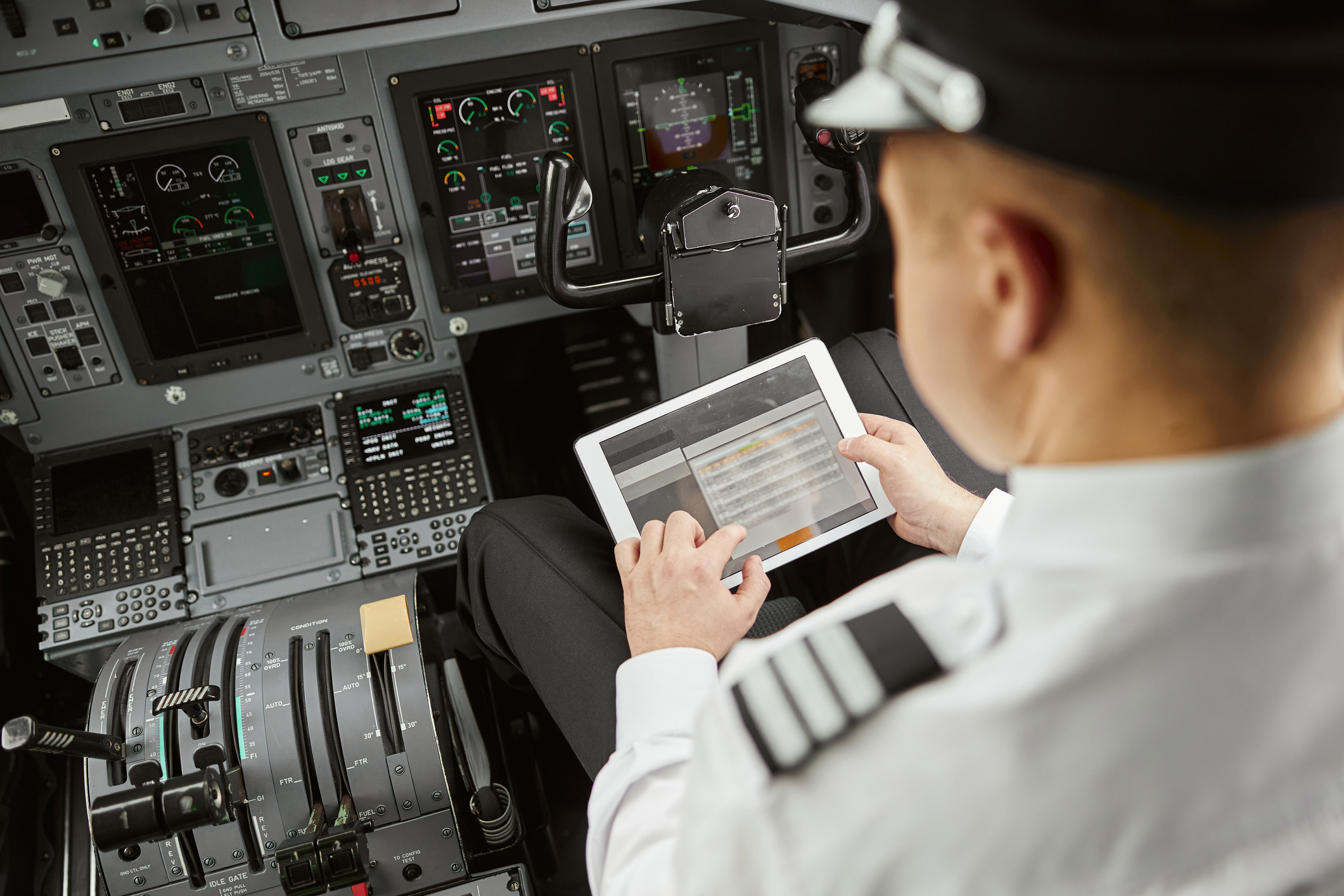 How To Become a Flight Attendant 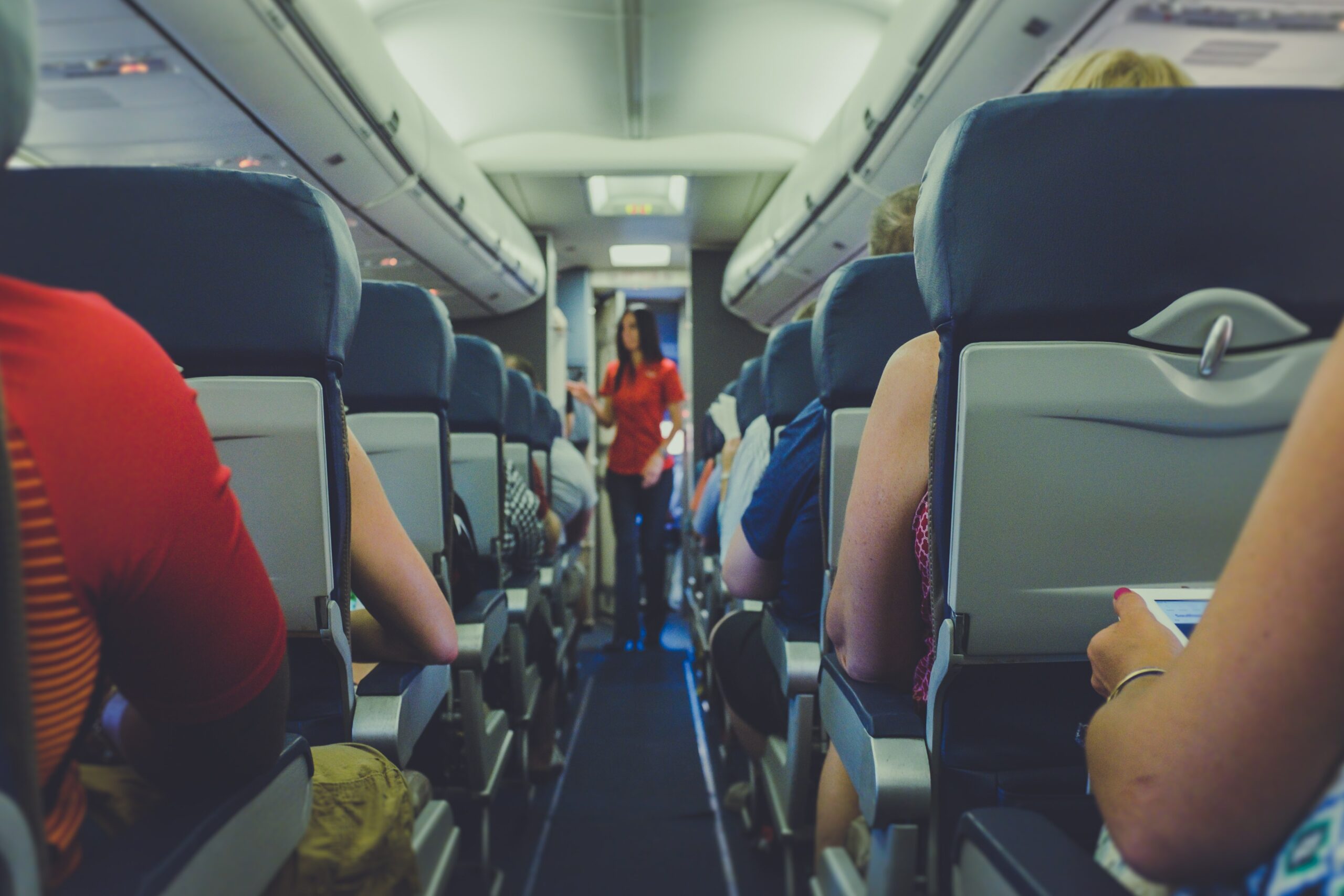 How Much Is an Aircraft Mechanic Salary? Duties, Skills, Job Outlook 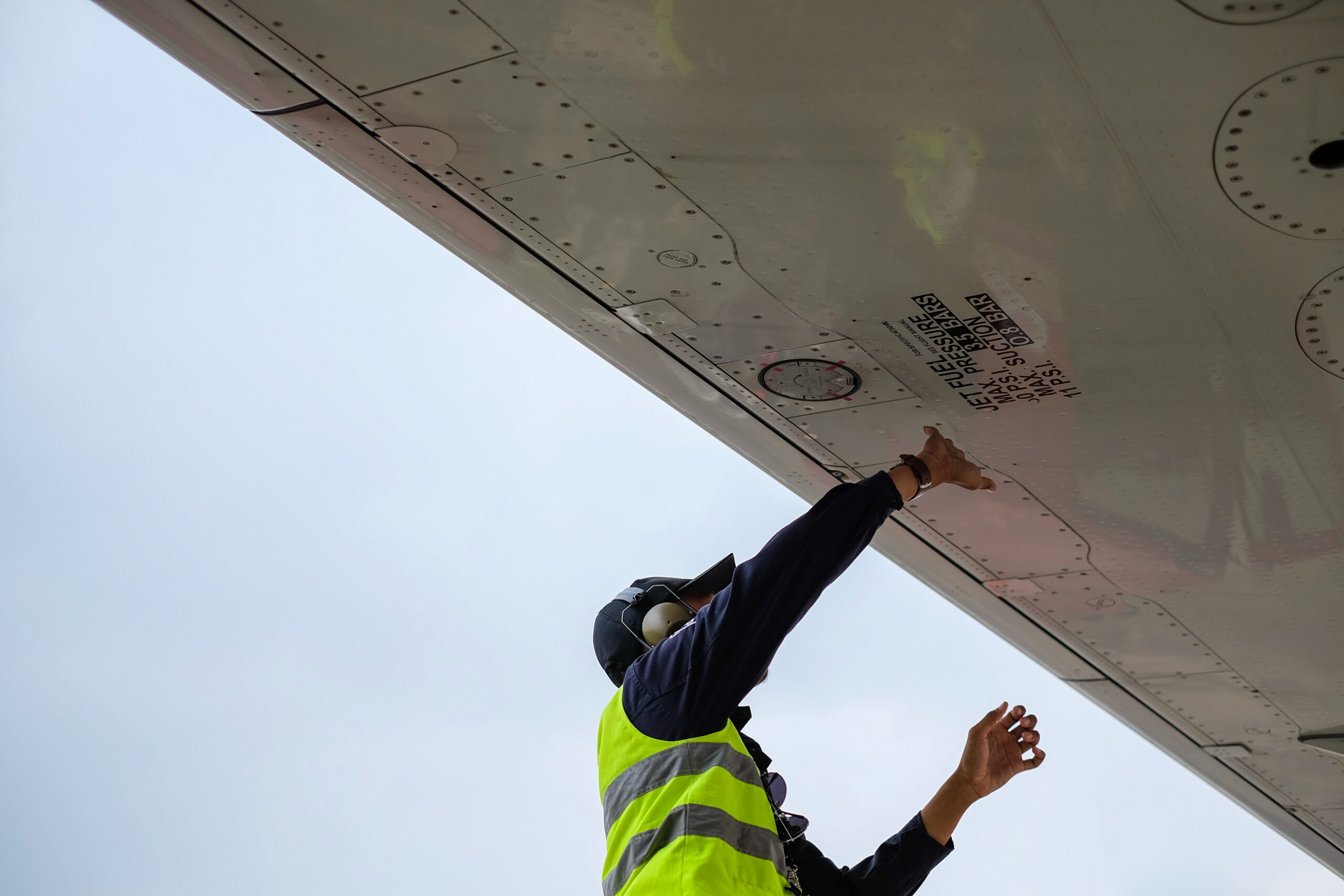 What Is FBO in Aviation? 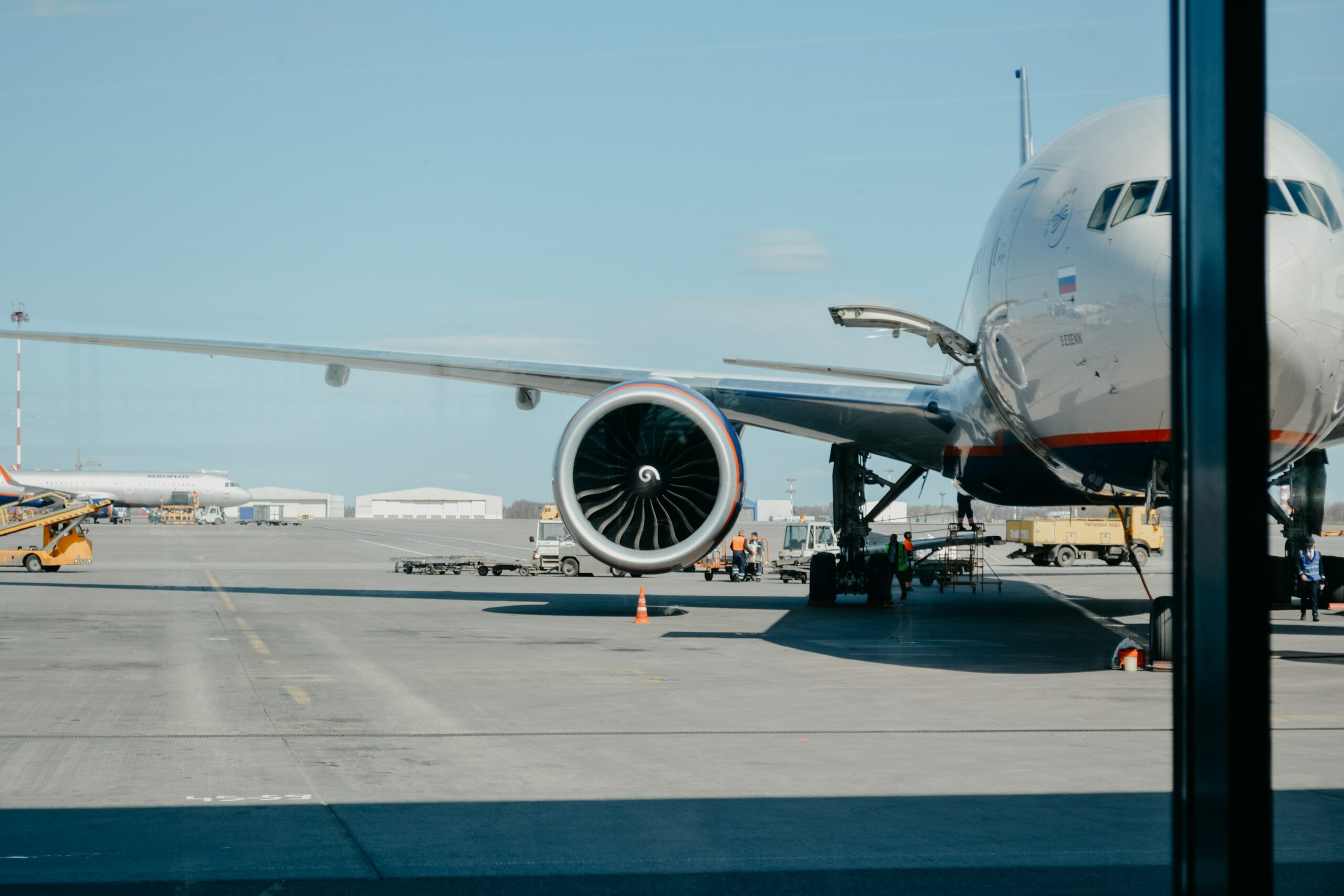