Global commercial and business aviation will feel the effects stemming from Russia’s invasion of Ukraine in the form of widespread economic instability, uncertain demand for air travel, airspace restrictions, and other issues. But the results could vary significantly among regions, carriers, and manufacturers.

While the potential fallout largely has yet to develop, the conflict has begun to cause problems for air transport. Russia issued a NOTAM (notice to air missions) banning civil aircraft from flight routes bordering northeastern Ukraine. That covers a corridor of territory where Russian forces have gathered over the past weeks. The NOTAM remains in effect until May 18.

At the same time, Ukraine closed its airspace for passenger flights, according to a notice Thursday. Civilian air traffic tracking sites now show airlines bypassing the conflict areas by a wide margin.

Airlines began canceling and diverting flights that were headed to Ukraine as early as February 14. Reuters reported that some of the largest travel insurance providers, such as Lloyd’s Market Association in the U.K., advised its clients to avoid the high-conflict area.

In response to the move by insurers and lessors, the Ukrainian government has launched a $592 million fund to guarantee the continuation of flights through its airspace. Prime Minister Denys Shmygal said the government allocated the funds “to ensure flight safety in Ukraine for insurance and leasing companies,” adding that, “This decision [would] stabilize the market of passenger air transportation and guarantee the return to Ukraine of citizens abroad.”

With Russia’s invasion, civil airspace over the entire country of Ukraine has been closed, with air traffic services suspended. Flight tracking website FlightRadar24 tweeted, “Per NOTAM, flights by civil aircraft are now restricted inside Ukraine.”

⚠️ Per NOTAM, flights by civil aircraft are now restricted inside Ukraine. pic.twitter.com/vJf6MCWXks

Moldova, southwest of Ukraine, also closed its airspace, while Belarus to the north limited civilian flights over part of its territory. On its website, Ukraine State Air Traffic Services Enterprise said the country’s airspace was closed to civilian flights from 7:45 p.m. ET on Wednesday. ADS-B data from FlightRadar24 now show airlines avoiding Ukraine and eastern Russia and as far north as Belarus. For context, this no-fly region would encompass an area the size of Texas, Louisiana, and Oklahoma combined.

Late Thursday, the FAA announced that U.S. airlines and pilots are banned from flying in areas of Eastern Europe.

“The FAA issued Notices to Air Missions (NOTAMs) expanding the area in Eastern Europe and Russia where U.S. airlines and U.S. pilots cannot operate,” the FAA said in a statement. “The expanded NOTAMs now cover the entire country of Ukraine, the entire country of Belarus, and a western portion of Russia.”

Airlines will now incur extra fuel, maintenance, and logistics costs while also trying to recover from the effects of the pandemic. ICF International Inc. predicts that detours around Ukraine will cost an additional $1.5 million per week for airlines.

For Ukraine, the loss in overflight fee income will be devastating. Each year, the country takes in as much as $200 million as foreign airlines cross its borders, according to one estimate by the Washington Post after a Malaysian Air flight was shot down over Ukraine in 2014.

The U.S. Global Jets exchange-traded fund (NYSEARCA: JETS), which combines companies in the air travel industry, was at a two-month low, down 6 percent pre-open.

European carriers closer to the conflict are facing more market volatility. British Airways (OTCMKTS: ICAGY) was down as much as 7 percent, while one low-cost carrier, Wizz Air (OTCMKTS: WZZAF), which operates in eastern Europe and 110 routes at six Ukrainian airports( including 50 from Kyiv and 32 from Lviv), saw its share price drop as much as 17 percent.

Beyond share prices, the other trouble for airlines will be the surging oil prices. Oil rose above $105 a barrel for the first time since 2014. The U.S. benchmark West Texas Intermediate also climbed above $100. The increases could lead not only to rising fuel costs but other supply chain constraints around rubber products for airlines and non-commercial aviation.

The conflict could also hurt business aviation operations, particularly those based in Europe, according to a report from WingX, an aviation data and analysis company.

“For European business jet operators, Russia and Ukraine connections comprise almost 10 percent of all flights, with Central and Eastern Europe, and heavy jets in general, having a much larger exposure,” the report said, adding there could be “severe economic consequences which will threaten flight demand as the year unfolds.”

In the weeks leading to the invasion, though, demand for business aviation grew in most of its main markets in North America, Europe, and elsewhere, when compared with last year and with the pre-pandemic period of 2019.

Many of the effects of the invasion could take weeks, months, or longer to become evident because they depend on Russia’s possible next steps and the response of the U.S. and other countries that are likely to intensify economic sanctions.

In its weekly report, WingX stated: “The fallout from the Ukraine crisis is indeterminate at this point but is bound to cause significant short-term turbulence in international relations, trade and financial markets, although the more specific impact for business aviation will likely come through targeted sanctions imposed by the West.”

As Demand and Prices for Jet-A Rise, Is Supply Dwindling? 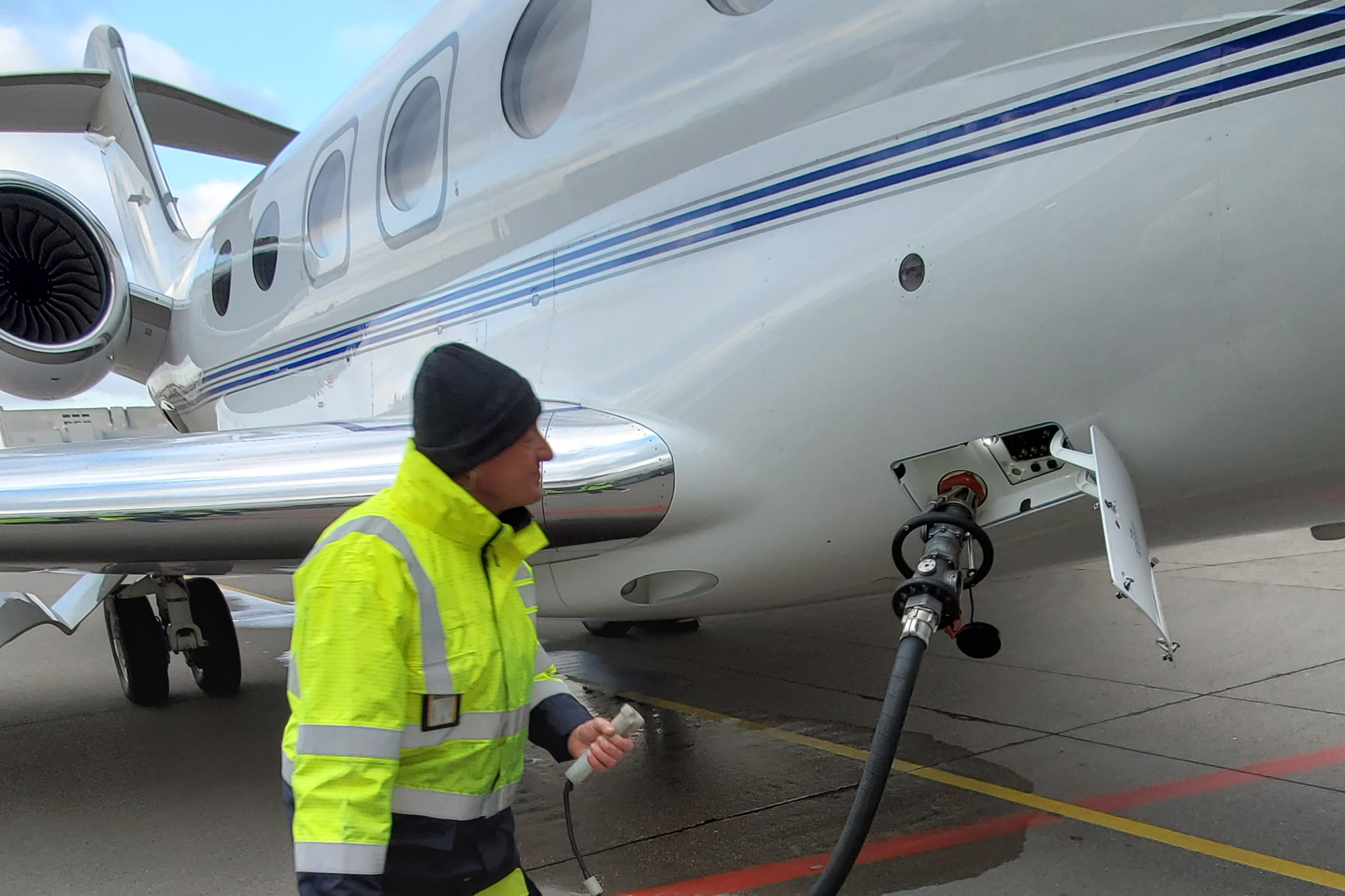