“If we are looking for this type of accommodation, then others must be as well,” said Megan Stewart when recounting the inspiration for Hangar Stays, LLC, a short-term hangar and destination accommodation provider at Aransas County Airport (KRKP) in Rockport, Texas.

Stewart and her husband Cody have operated the business for the last six months. So far, they’ve hosted dozens of airplanes and their owners in their community on Texas’ Gulf Coast.

This offering is a succession to a several-year journey that began after Cody received his private pilot certificate and the family moved to the Rockport area from San Antonio.

Coming back and contributing to the community where the couple met and first resided together was not a hopeful reality. In fact, the two were in a good position to better the town of almost 9,000 only a year after Hurricane Harvey devastated the Texas Gulf region in the summer of 2017.

“Rockport is a heavy tourist community with condos, beaches, et cetera, and was hit pretty hard. So, we wanted to come back and help to build back up the economy here.”

Moving 150 miles south, they initially hoped to bring their Piper Cherokee 140 with them. Quoting the airport manager’s reply when Cody asked whether there was available hangar space, he said, “Get on the list; there are roughly 60 to 70 people waiting for hangars in front of you.”

“There were about nine hangars destroyed during the hurricane,” Cody added, “so space was hard to come by.” Shortly after learning of this problem of supply and demand, Cody thought of the opportunity to solve it. His proposed solution also would provide a new resource for the local aviation community.

After pitching the option, he was granted the opportunity to use shared hangar space where ultimately ACTS Aviation, a Part 61 flight school, got its start. Since the business’ first days of sharing this hangar, until now, it has grown in both scope and size. ACTS currently has four aircraft, several instructors, a growing portfolio of real property investments, and minted a baker’s dozen of new pilots in 2021.

Much of this growth can be attributed to Cody and Megan’s sense for business, as well as their experience with real estate investing and development. The latter has enabled them to capitalize upon opportunities at the airport and positively contribute to aviators in their area and beyond.

In 2020, the couple purchased a 4,800-square-foot box hangar at the northern end of the field. At first, the purpose of the hangar was to house the flight school’s aircraft. It had served in that capacity until recently, when the airport gained a new T-hangar with 12 rentable spaces built by ACTS Aviation.

With the flight school’s airplanes moved out of the box hangar and into the T-hangar, the question was what purpose should the freshly vacated space serve? A standing personal wish of the couple inspired the answer.

The Stewarts have real estate interests in Colorado. Rather than drive, they’ll typically fly themselves to the nearest airport. Megan said that while flying saves a considerable amount of time over driving, it still leaves something to be desired—that is, a convenient place to stay.

“Every time that we go on a trip with our two elementary-age kids, we wonder if there is anything like the box hangar [of ours in Rockport]. A place where you can keep your aircraft and also stay at. Hotels at airports are often booked and as a family it would be more convenient to stay somewhere with more space.”

Thinking about it some more, the couple arrived at the following conclusion. “If we are looking for this, then others must be as well.” With this thought in mind, they set out to make convenient, on-airport accommodations a reality at Aransas County.

So, they began transitioning the box hangar with existing furnished space toward becoming a short-term rental. Guest quarters sit at the rear of the hangar.

“The space has a large bedroom with a king-sized bed and an office,” Megan said. “The bathroom is spacious with a walk-in shower, and the kitchen is outfitted with everything you need. The living space has a comfortable couch and a queen-size Murphy bed for any additional guests.”

The following is also included:

With the beds made, towels hung, and dishes put away, the Stewarts were ready for the soft opening of this “Hangar Stays” space. The first visit affirmed their desire to offer this hospitality option at Aransas County.

Word began traveling around about the hangar. The couple says that even with limited marketing efforts on their side so far, just about every weekend has been booked—and many weekdays, too.

The success of the concept includes a market that excludes the general public. Owing to local airport and general safety guidelines, only certificated pilots (and their guests) with a registered tail number can book a reservation. Additionally, there is an amount of liability paperwork to be completed prior to stay that pertains to the patrons and their aircraft. Even with the requirements that take a bit of time to complete, the convenience of the fly-in accommodations has been unmatched for visiting pilots.

On the flying side, Cody noted, “The hangar, with a 59-foot door opening, can comfortably fit one to three general aviation aircraft. Or one large aircraft, depending on the make and model. The largest aircraft that has fit so far is a King Air 200 with winglets. The most airplanes [at the same time within the hangar have been] three Piper low wings.”

Cody said the response has been positive.

“Hearing from the corporate pilots that have stayed here thus far, they love it,” he said. “But their only wish was that there was another bedroom so that they don’t have to fight over which one gets the Murphy bed in the living room.”

The Stewarts took this well-understood feedback and incorporated it. Rather than building out another bedroom next to the existing one, they instead opted to acquire another box hangar at the airport. Planning to close on the property in February, it has the desired second bedroom, but with the added benefit of a “slightly larger hangar.”

Having received enthusiastic and thankful reviews, the Stewarts think there is a lot of runway for this type of service. Whether it is adding the personal touches that inspire guests to return or having the ability to host pilots who may not visit Rockport otherwise, the couple’s experience thus far has been positive.

And they hope for competition.

“Our hope is that more of them open up, so that we have more places to go to as a family,” Megan said. 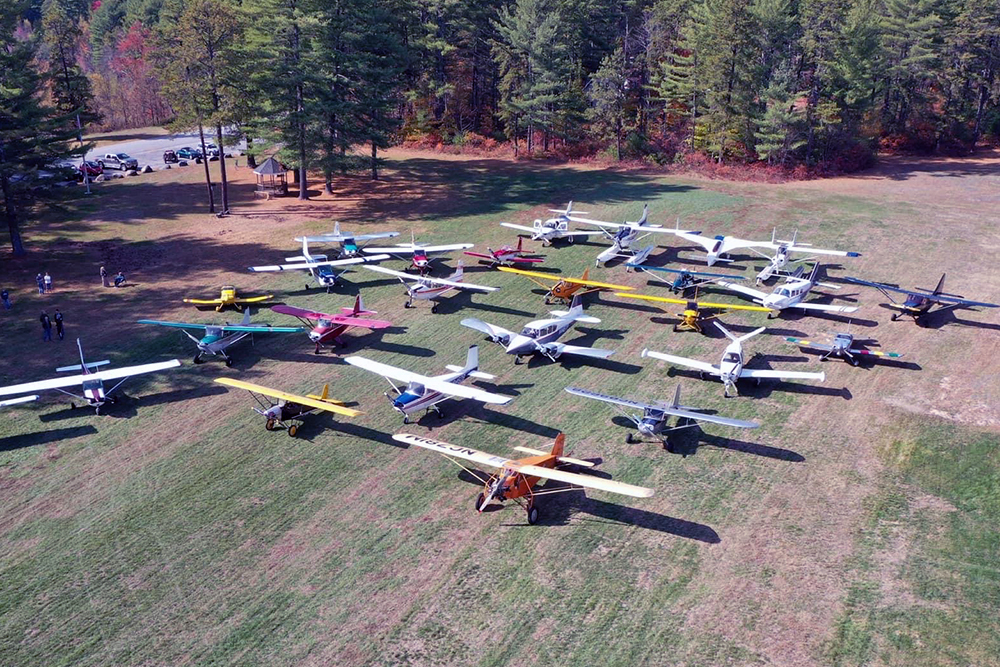 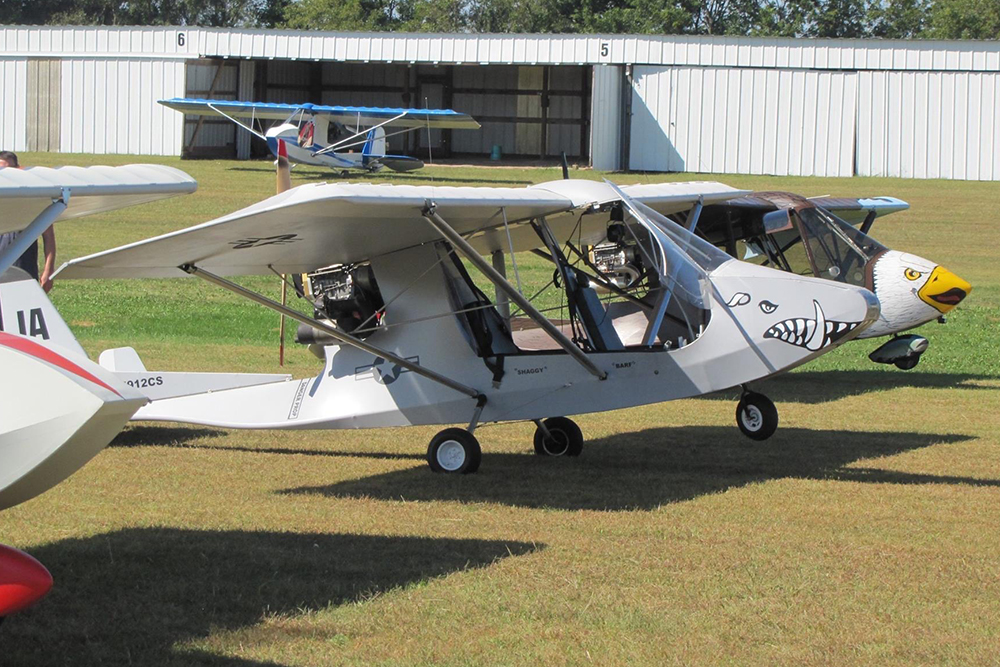 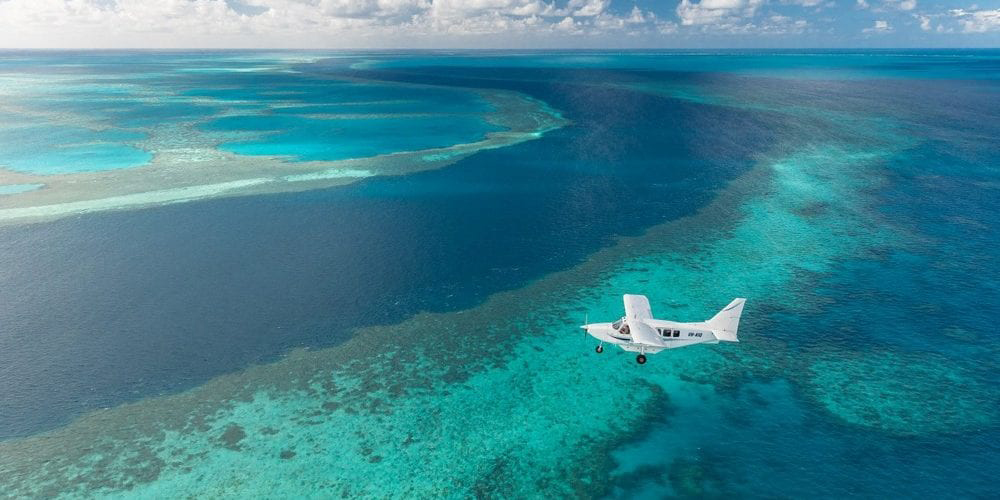 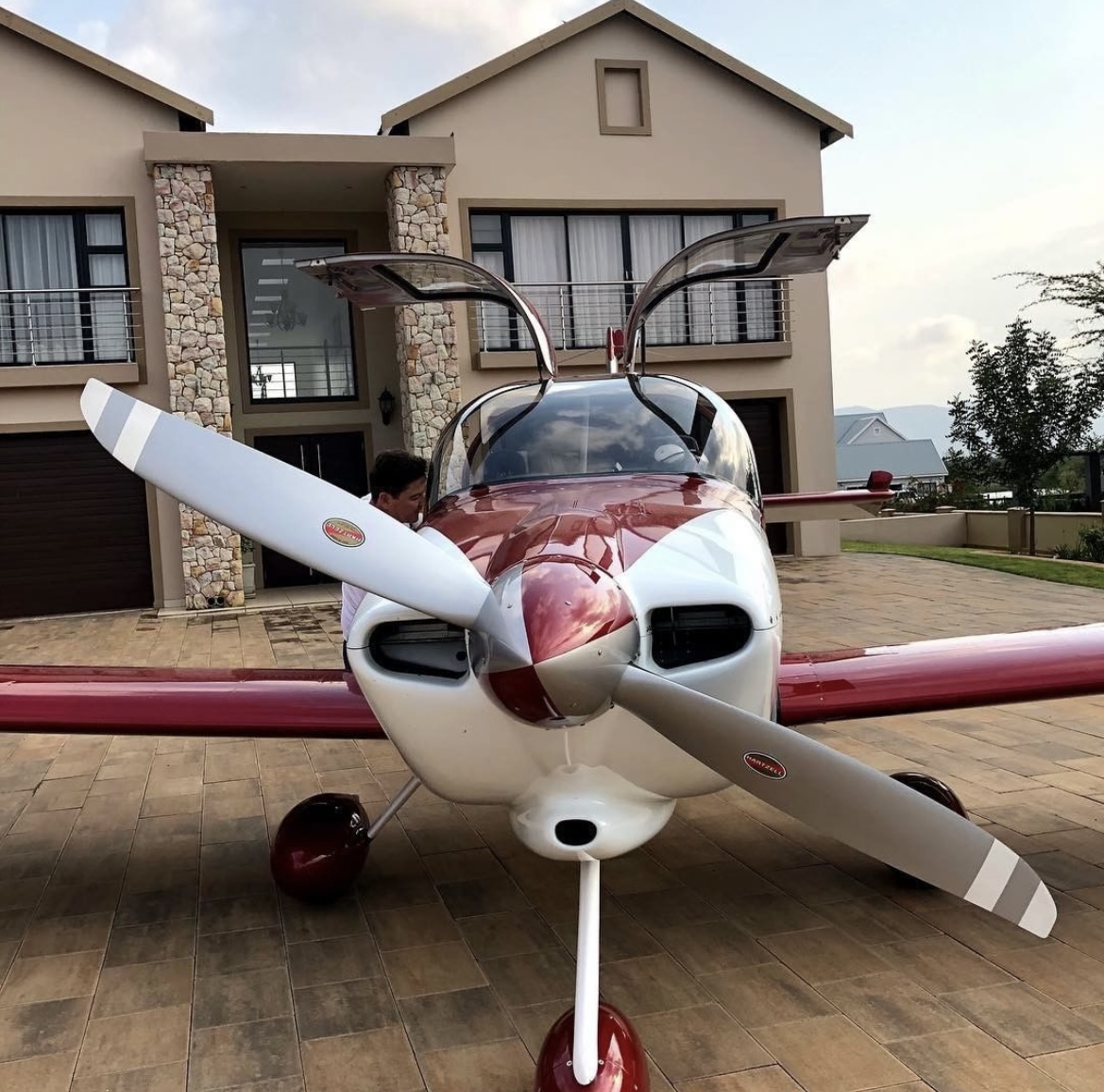