The storm that swept through the grounds of the Sun ‘n Fun Fly-In earlier today might or might not have been a tornado, but the damage was widespread and severe.

A number of people on the ground were injured when a tent reportedly collapsed, temporarily trapping many inside. Earlier reports of a hangar collapse were unfounded.

At this point it’s not clear how many airplanes have been damaged or destroyed, but the number is likely to be in the dozens with the damage almost certainly in the tens of millions of dollars. Tents were blown down, water damage was widespread, displays and merchandise were destroyed and debris scattered throughout the show grounds.

Law enforcement authorities in conjunction with Sun ‘n Fun shut down the show and evacuated the grounds early in the afternoon.

Organizers said clean-up crews will work through the night to allow the show to open on time on Friday. 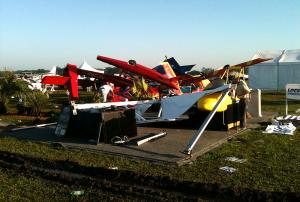 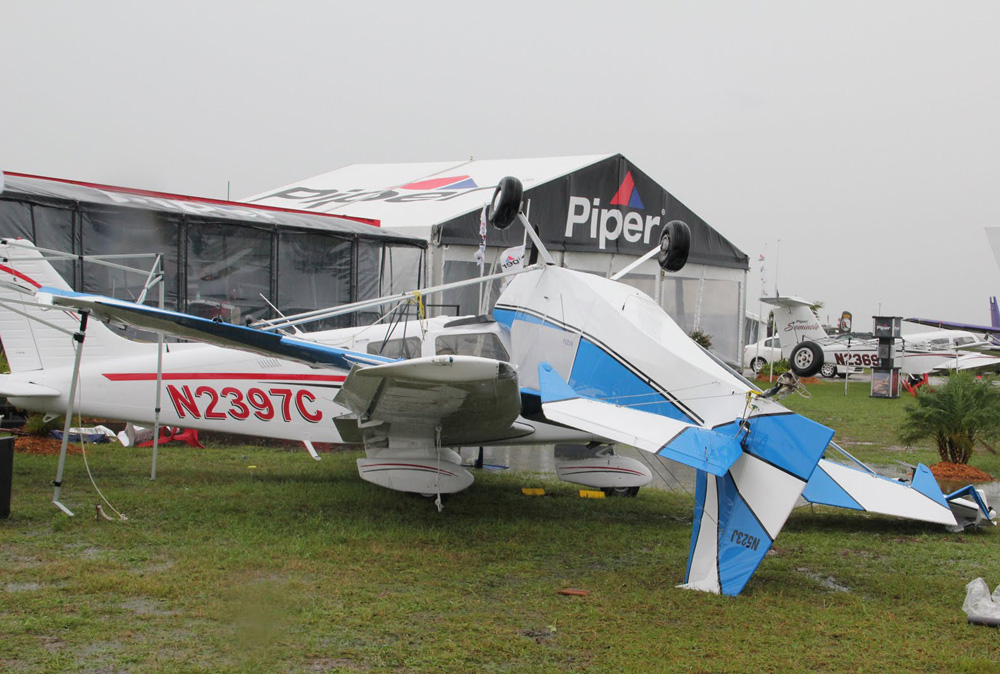