Cessna has launched its latest Citation, the XLS, an update of the company’s popular Excel. The XLS features the same fuselage as the Excel and its straight wing for excellent short-field performance, but it adds the new Pratt & Whitney PW545B engines, which provide 3,991 pounds of thrust apiece, an increase of 4.9 percent over the Excel. At maximum takeoff weight, the XLS can climb directly to 45,000 feet in 25 minutes and cruise at 428 knots.

Also new with the XLS is the Honeywell Primus Epic 1000 Control Display System (CDS), which features a trio of eight-by-ten LCDs. The menus of the displays are controlled through a cursor-control device through drop down menus.

The nine-place interior of the jet is configured in a six-seat center club arrangement, with a belted couch and additional aft seat. All seats are wider and Goodrich Aerospace crew seats are standard, as is LED lighting and veneer cabinetry. Cessna says that the standard configuration of the jet includes more than $600,000 worth of what were options on the Excel.

Cessna anticipates FAA certification for the XLS soon, with first customer deliveries expected by around the middle of the year. 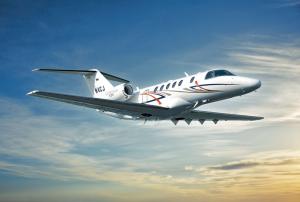 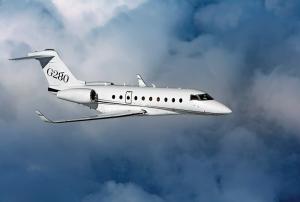