On March 8, 2020, I stepped out of G-SWAY and onto the soggy British mud at Damyn’s Hall Aerodrome an hour east of London. G-SWAY is a Super Cub that belongs to one of Britain’s most famous and historic flying clubs—the Tiger Club. I was the newest member of the Tiger Club, having completed my checkout with an instructor and then soloing an EU-registered airplane for the first time since completing my EASA pilot license in Iceland. At the time, I was flying to London every few weeks with my job as a Boeing 757/767 pilot for a US airline. The future was bright and the skies were clear; but a rumbling was developing throughout the world of a new virus that would threaten our very existence.

A mere 3 days later, the first of many restrictions upon travel was announced. Initially, this excluded the UK. However, only days after the first European travel restrictions, the ban spread to the UK and Ireland. I was still flying back and forth as a pilot for the airline, and I immediately noticed the effects. Our flights going to Europe started to become empty, and citizens overseas were rushing to return home. The first time I came back to the US as a crewmember on the 767, it was like a scene out of a post-apocalyptic movie with full-gear representatives from the Centers for Disease Control and Prevention and customs screening passengers for any sign of the virus. The world was starting to change before my eyes.

My last flight on the 757 was to Las Vegas, Nevada, a town near and dear to my heart. At the time, the Las Vegas tower had closed down because several controllers became ill. The captain that I was flying with hadn’t been to a non-towered airport in a while, so it was a good learning experience for him. The casinos on the strip were closed and the strip itself was abandoned, making for an eerie sight on our drive to Henderson where there was an open hotel. We had barely 10 paying passengers on the flight. We had gone from full flights to 10-percent occupancy in a few days.

With the drawdown of international flying, I soon found myself with more time off than I wanted, so I returned to ferry flying. While most overseas business had shut down as countries closed their borders, I still found myself ferrying within North America. Canada had become nearly militant with their restrictions, often claiming that general aviation flights and ferry flights were not essential until fully explained to customs officers. Uber drivers had become scarce and the few that continued driving created plastic barriers in their cars to separate passengers. Hotels had put up plexiglass barriers like bank tellers, and there were no longer courtesy shuttles. People would jump back if you accidentally got too close, as if a ghost had crept up on them unexpectedly. The fear spread like wildfire, and not even the experts had devised a strategy to put it out.

Between March 7 and April 1, I flew almost every day as a ferry pilot or as a commercial airline pilot. Some states would make passengers fill out quarantine forms if you arrived from certain other states. I landed in El Paso, Texas, to find the National Guard waiting and asking for paperwork stating where I would be self-quarantining. I found that many FBOs were closed or had different procedures in place in order to follow CDC guidelines. After landing in Texarkana, Arkansas, in a Cirrus, I was told that I had to fill out a form to tell them how much fuel to add, and then had to give my credit card number verbally from across the room since they would not touch credit cards. Some cities, like El Paso, mandated that everyone would wear a mask in a public building. I started to keep one in my pocket for local restrictions. Some notams would show closures, but often you would either hear it on the AWOS (such as at Midland Airpark) or see a sign posted on the door that an FBO was closed, making logistics challenging. At one point, I was told I could not use the bathroom in the FBO because of local restrictions while the employees sat inside, which made for an awkward scene!

I did find that the experience differed dramatically between states and even US customs stations. Some states are starting to open, and after a recent delivery I had an excellent steak dinner with my student in Omaha, Nebraska. It was my first time eating at a restaurant in 2 months, and one of the most exciting moments of my recent adventures.

Meanwhile, the flight school that I’ve been occasionally instructing at is also starting to open but taking precautions for student training. I’ve started to find that fear is moving more toward reason and mitigation of risk, and human resilience has become the motivation for our decisions. While for now the future seems uncertain for pilots and the aviation industry, the unwavering commitment to recovery and strength that I’ve witnessed shows that together we will overcome the obstacles presented by this calamity. This is only a temporary setback. The industry will continue to rebound and I have no doubt that we will see the same or even greater prosperity in time as we relentlessly pursue our passion for aviation. 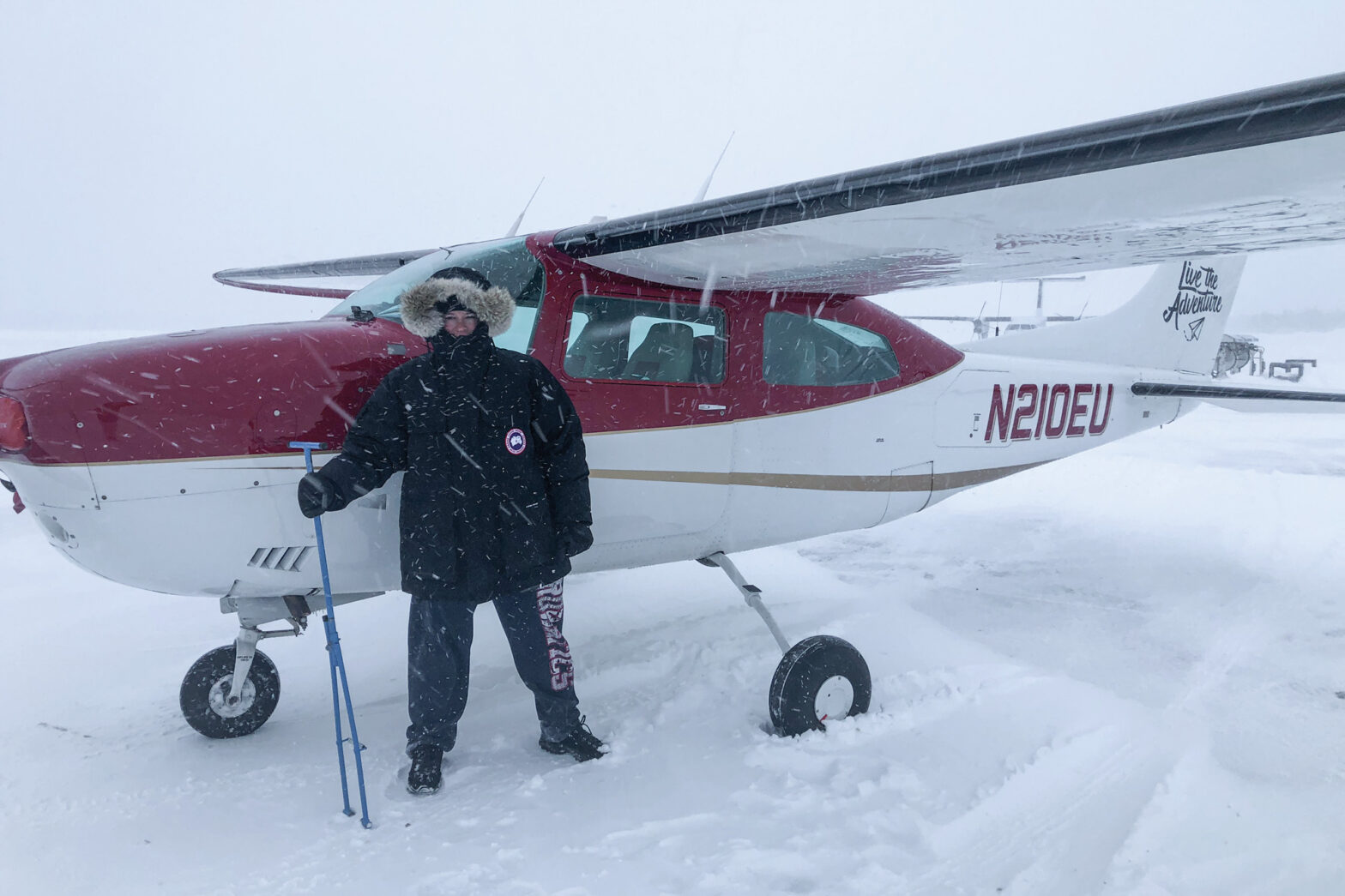