Home / Voices Of Flying / Flying Over Adversity / A Thrilling Landing, Followed by a Shocking Twist

Earlier this spring, we set out to take the Ercoupe cross-country to inspire kids with disabilities for the third year in a row. This year, I would be in New York to speak at an annual convention for SITA Aero. SITA provides software and IT systems for airports and aircraft globally. When they heard about our work at Rightfooted Foundation, my nonprofit that aims to inspire children through aviation, they wanted to sponsor a Limb Different Airport Day. I would fly into KJFK in the Ercoupe to visit with a group of children and people with disabilities.

First, I did not have permission to fly into a Class Bravo primary airport as a sport pilot. Plus, the Ercoupe’s home base is Tucson, where I live, so it would be at least a five-day journey to KJFK.

Then, there was figuring out the logistics. On top of KJFK being a major U.S. hub, it sits under some of the busiest airspace in the country. I knew there would be an overwhelming number of radio calls in such an active sector.

The Ercoupe lands at about 60 mph, while the jets at the airport land at much more than twice that speed. That made me remember my flight training and the lessons I learned about wake turbulence, and the terrifying possibilities of not waiting long enough to take off or land behind a jet.

My first flight instructor, Glen Davis, is based in New Jersey and a CFII, and he reassured me by offering to fly with me. This was an ambitious thing to ask him, but how many pilots get an excuse to fly into KJFK? With the encouragement from Glen and SITA Aero, we began the process of making it happen.

We did a month and a half of phone calls and emails coordinating with the KJFK FBO, the tower, the Port Authority, and TRACON. They all agreed on how important it is to plant seeds in the next generation of pilots and gave us their full support. They decided to reroute the jets on a different runway so we would be allowed to land at that slow speed.

That, for me, was unbelievable.

We also knew we needed someone local to organize the group on the ground. After posting to the 99s, emphasizing that March (the month we were arriving) is Women’s History Month, the governor of the local 99s chapter, Suzanne, volunteered to help and even got other volunteer 99s to help out on the day itself.

My fellow Ercoupe pilot, Syd Cohen, volunteered to get the Ercoupe to Morristown Airport in New Jersey (KMMU) for us. After a month of preparation, we approached the big day.

We knew this would be an unforgettable flight, so we rigged up three cameras in the cockpit and two audio recording devices, one for each pilot. All was set, and at about 1 p.m., we took off.

It was a short flight, but I took a moment to soak it in despite the overwhelming radio chatter. I will forever remember seeing the Manhattan skyline off in the distance and then glancing over at my instructor. Glen had this excited face and clapped his hands as we were getting ready to land.

We landed beautifully on 22R and began the longest taxi of my life. The only FBO, Modern Aviation, was ready to receive us. Glen helped turn the three cameras off as we climbed out, but we forgot to stop the audio recording. This turned out to be a blessing because that is the only reason you can hear anything soundwise on the security footage that captured what happened next.

To our surprise, there were no tiedowns at the FBO. While waiting for my husband Patrick to catch up to us in the rental car, I stepped into the restroom. After coming out, there was a scene at the Ercoupe. Jet blast had hit my tiny airplane. A business jet did a normal 180-degree turn to leave the ramp. The resulting jet blast hit the Ercoupe enough to lift one wing, causing the other wing to slam into the ground. It almost flipped over.

The Ercoupe still looked intact. So, the FBO brought out snowplows and tied the Ercoupe down on both sides. We filed a police report and started the report with the FAA. A mechanic came out and thoroughly inspected the wings and spars. He determined the Ercoupe was (mostly) undamaged.

With a little bit of speed tape on the wing, we could ferry it out of KJFK and back to Tucson. My insurance approved the flight and the $9,000 estimate to repair the sheet metal on the wings.

As much as I regret what happened to the “Jessi-cab,” I still feel fortunate. We pulled off a fantastic flight and hosted an unforgettable airport day for the young people who came out to be inspired by aviation. I am sure the children didn’t even notice the road rash on the wing of the Ercoupe. Instead, they will remember that if I can fly an airplane with my feet, they can do anything!

I am so glad that our Rightfooted Foundation could spark confidence in those kids. I couldn’t have done it without the help of everyone who made the day possible. Thank you!

More From Flying Over Adversity

Being an Armless Pilot Opened an Amazing Door

A Lifetime of Convincing Culminates in Historic Check Ride 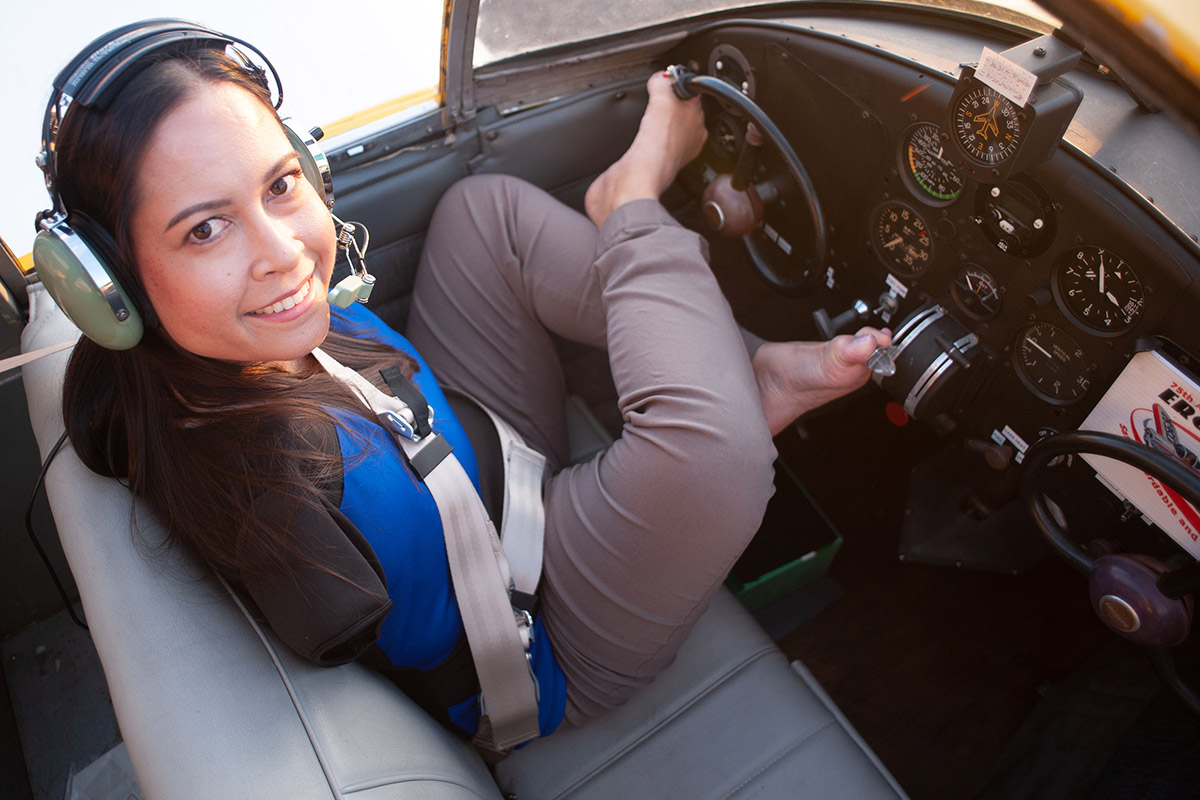 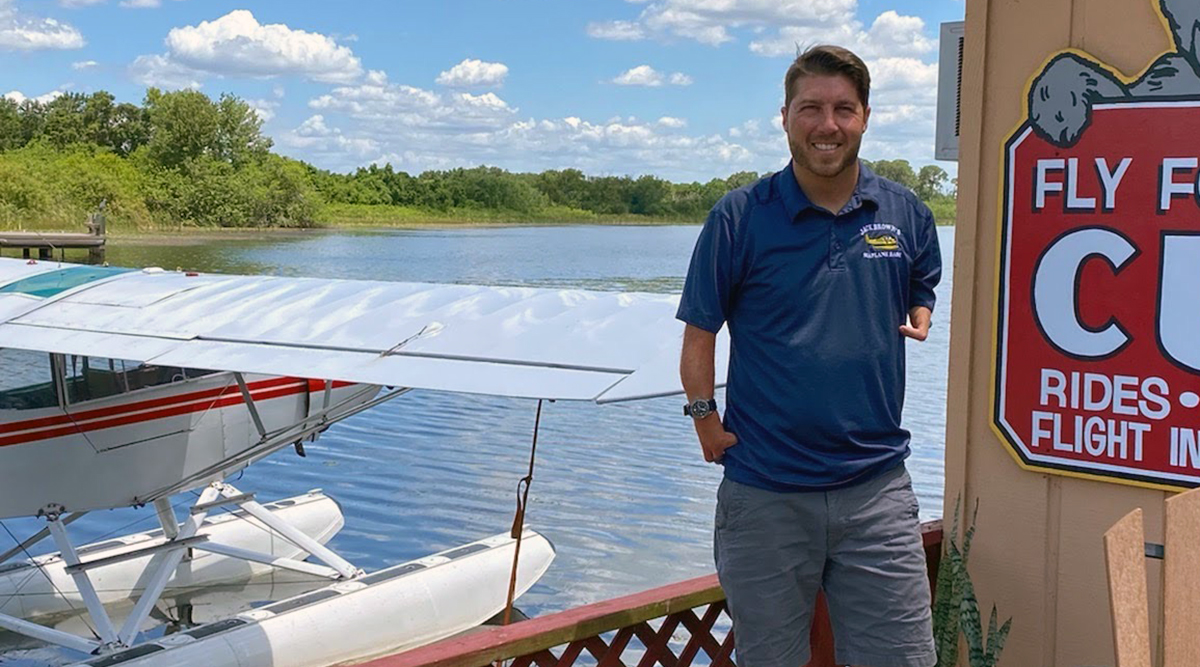 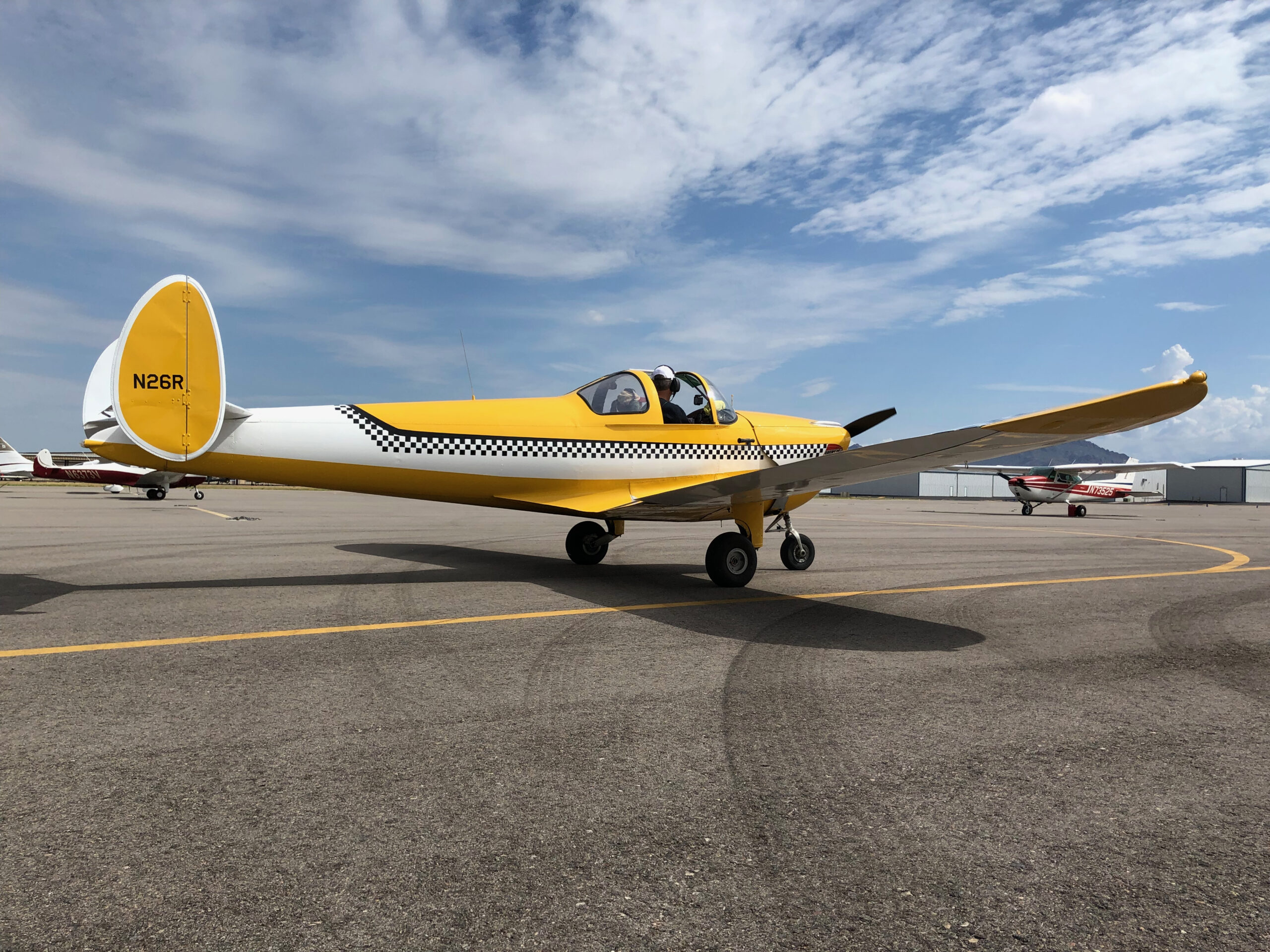 Being an Armless Pilot Opened an Amazing Door 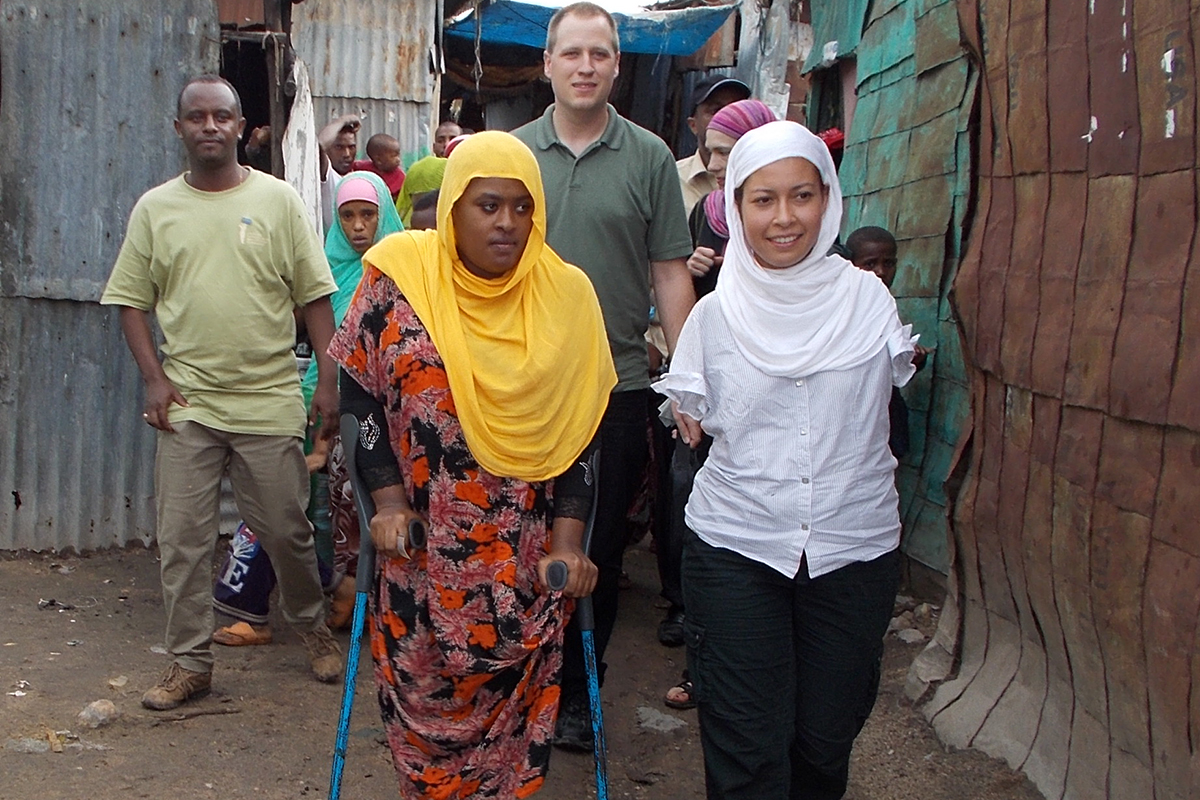