The FAA has studied the roles of close to 500 general aviation airports that previously had not been placed in one of the four categories of the agency’s ASSET study. Completed in 2012, the study placed nearly 3,000 GA airports into one of four categories: national, regional, local; or basic. But 497 airports originally reviewed by the FAA did not fit one of the categories, so a new study began in January 2013.

The FAA consulted “airport sponsors, state aviation offices and industry stakeholders” to ferret out more information on these airport. As a result of that research, 212 airports found a home within the established categories and 281 remained unclassified (four airports were found to be either closed to public use or no longer active). The unclassified airports will remain a part of the National Plan of Integrated Airport Systems, and the FAA will monitor their activity levels. “Airports should notify the FAA or their respective state aviation office should a change in activity level or role occur that may support a change to their airport category,” according to an FAA statement.

You can view the list of 497 airports and their disposition here, and read the entire ASSET 2 study here.

Aircraft Descent Planning Includes Slowing Down for a Bumpy Ride 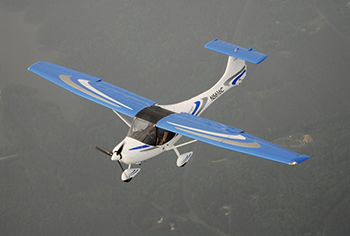