Commonly referred to as a UAV or “Unmanned Aerial Vehicle,” the big-picture answer to the question “What is a drone?” is any powered aerial vehicle that does not carry a human operator on board. This, of course, means a lot of different flying objects qualify as drones.

Drones can fly autonomously or be remotely controlled, some are built to only ever fly once (long-range mapping or military operations, for instance), some are built for teenagers to play with, and some drones are used for very serious things, like carrying nuclear weapons.

Easily become a commercial drone pilot online! Courses designed by industry experts can help you pass FAA tests and get into the sky!

All of these, and many more, fit the bill of powered, unmanned flying machines and are thus considered drones. With “drone” being such a broad term, they are often classified by their size to make them a bit more categorized.

How Do Drones Work?

No matter the size, all non-autonomous drones have a computer system or remote control that a ground-based pilot ground is controlling.

As they vary greatly in size and power capabilities, flight initiation changes from drone to drone, and some are so small that they need to be thrown into the air to start flight. Once airborne, however, most utilize similar methods of maintaining flight.

Most of the drones used in the commercial world are powered by lithium-polymer batteries and utilize a quadcopter mechanism (4 horizontal propellers) to stay in flight. Many drones possess an array of sensors to relay information to the person controlling the drone, including collision sensors to keep them from crashing.

Some extremely small drones, often used for surveillance, utilize ornithopters, which are flapping-wing mechanisms making the drones appear to be insects to anyone not looking closely!

A cut-and-dry drone definition is any powered aircraft with no humans onboard. There are many subcategories, and they range from insect-size to passenger jet-size, but as long as an aircraft is powered and unmanned, it’s a drone by definition.

What Is Considered a Drone?

Any aircraft that has a propulsion system (e.g., battery, fuel… just no gliders) and does not carry humans is considered a drone, though the FAA often uses the terminology “UAS” which means an unmanned aerial system, and refers to the flying object, the pilot on the ground, and the means of communication between the two.

As the definition of a drone is quite broad, it’s probably no surprise to hear that drones come in many different shapes and sizes.

The typical drone that your cousin might have, or one that recorded the really cool aerial video footage from your favorite TV show probably looks a little bit like an extra-large insect with four horizontal propellers.

However, some surveillance drones are smaller than insects, and some of the larger ones could fit as many people as a small passenger jet, but that would disqualify them from being labeled a drone.

How Much Does a Drone Cost?

Lower-end, personal drones for entertainment can be purchased for less than $30, and even professional-level videography drones are becoming much more accessible and can be bought for hundreds of dollars opposed to thousands as they were just a handful of years ago.

On the (clears throat) higher end of the scale, the U.S. military is planning to initiate flights of a drone called the RQ-4 Global Hawk this year, and each one comes with a price tag of $131 million, and Nothrop-Grumman has a drone model called the X-47B that is priced at just under half a billion.

The simple answer is “yes,” but just as driving a car is legal, there are still many stipulations and laws revolving around personal drone usage, such as flying close to an airport. Hobbyist drone pilots are still supposed to take a free course offered by the FAA and register their drones (also free) at the FAA’s drone website.

Also in line with motor vehicle operation regulations (and personal aircraft, for that matter), further licensure is required if you plan on making money off of your drone, and as such, commercial drone flight can be deemed “illegal.”

Many other stipulations exist, and they tend to get stiffer the larger the drone is.

Do Drones Show Up on Radar?

The highest quality radar systems in the United States certainly aim to detect any and all drones, but some of the drones created for the military attempt to be constructed to evade radar. With that, “yes” is also the simple answer to this question, but there are a lot of factors involved. Very small drones, called nano-drones, can fit in the palm of your hand, so these would generally not show up on even the most advanced radar systems.

Medium drones, which are most likely what you have seen if you’ve seen a drone cruising around your neighborhood, do appear on some radars, but are also legally required to operate only in Class G airspace, meaning they shouldn’t be causing any sort of potential obstruction for any aircraft who might see one on their radar.

With a wide array of styles, sizes, and capabilities also comes a wide array of applications of drones. Here is a look at some things drones are used for beyond recreation.

Drones are used to serve several different surveillance needs, from military to personal. Perimeters can be safely monitored with drones, and even some international borders are patrolled primarily by drones.

While the vast majority of drones are devoid of any physical attachments to the ground below, there are some surveillance models that are tethered to a power source, allowing them to provide a watchful eye for 24 hours.

Surveying is another field that which drone usage has saved countless hours. With drones, pictures can be taken from thousands of miles away and surveyors can analyze plots of land without being anywhere near it.

The drone market for photography and videography is very popular, and any and all professional content creation teams use drone technology to create high-quality aerial videos that used to cost thousands of dollars to create (with an aircraft and photographer).

Many consumer drones are built with video in mind too, as the social media age continues to be dominated by video content.

When damage occurs to land or structures that are difficult to access, drones can be deployed to document the damage, ultimately making the process safer, easier, and less expensive.

“Eyes in the sky” have long been a key part of search and rescue operations, but similarly to aerial photography, even more, can be done when a pilot isn’t required for a search and rescue operation. Because drones are unmanned, they can be deployed to areas of (otherwise) high risk to search for survivors and are even sent to places knowing they won’t return (though their data will).

Large structures can be inspected in fractions of the time with drone technology. Some drones are also built to withstand extreme temperatures or other factors, making them able to conduct inspections in areas where humans would not be able to operate without shutting off parts of essential systems.

Amazon et. al. are flirting with drones as direct delivery vehicles for small packages, with hopes of utilizing the technology for much more in the near future.

Drone Vs. UAS Vs. UAV

Most publications use “drone” as the easily recognizable term for an unmanned aircraft, but UAV is becoming more popular, and is pretty much synonymous with drone as it stands for “unmanned aerial vehicle.”

The FAA uses UAS often, and an “unmanned aerial system” refers to all parts of the drone operation, including the pilot, remote control, and data link between the latter and the aircraft.

Now That You’re a Drone Expert…

Whether for play or commercial use, drones are expected to continue to rise rapidly in popularity. The military continues to lead the way in cutting-edge drone technology, but even $100 models you can buy online are pretty exceptional machines.

For more on drones, and everything else that flies, consider subscribing to the FLYING Magazine! 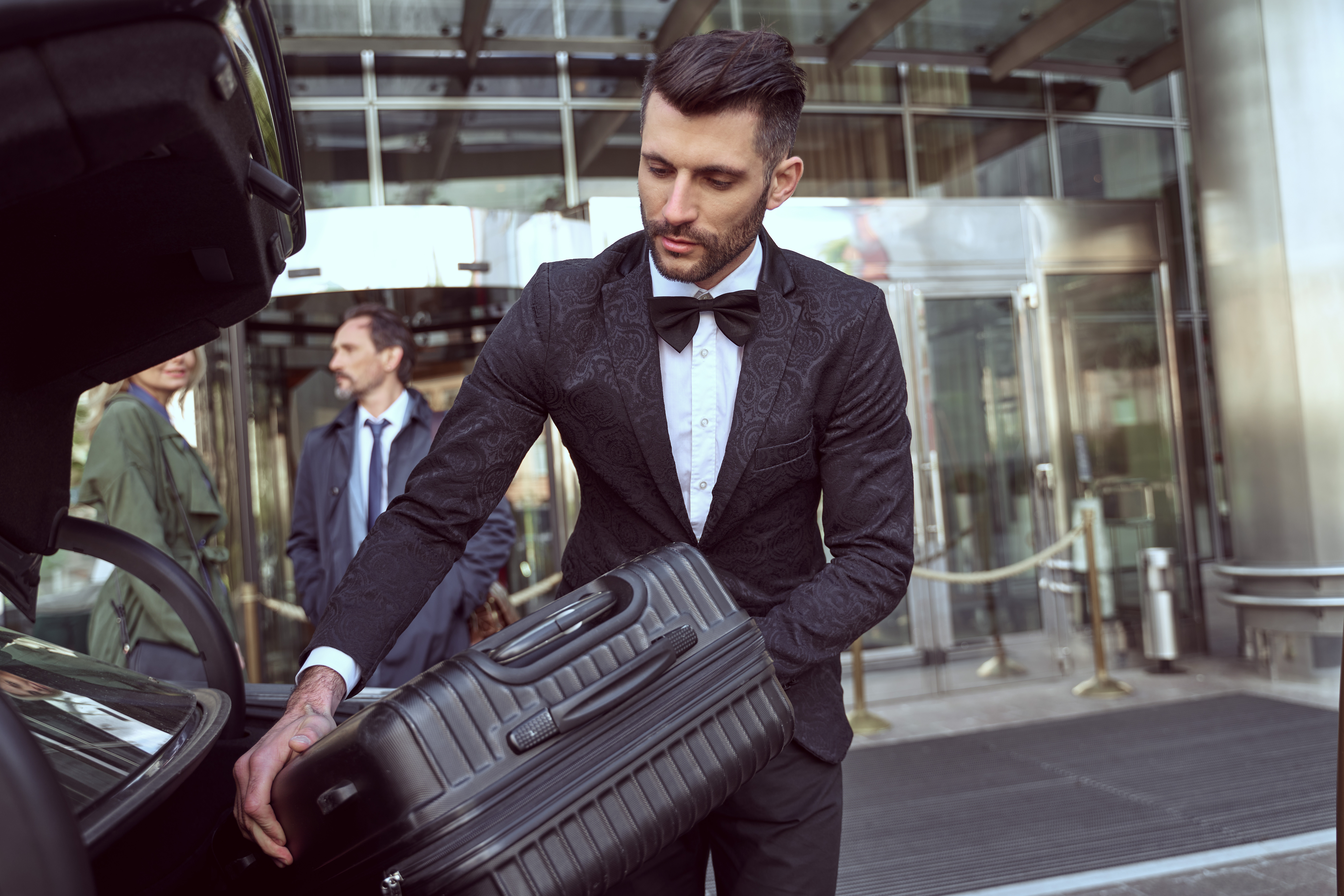 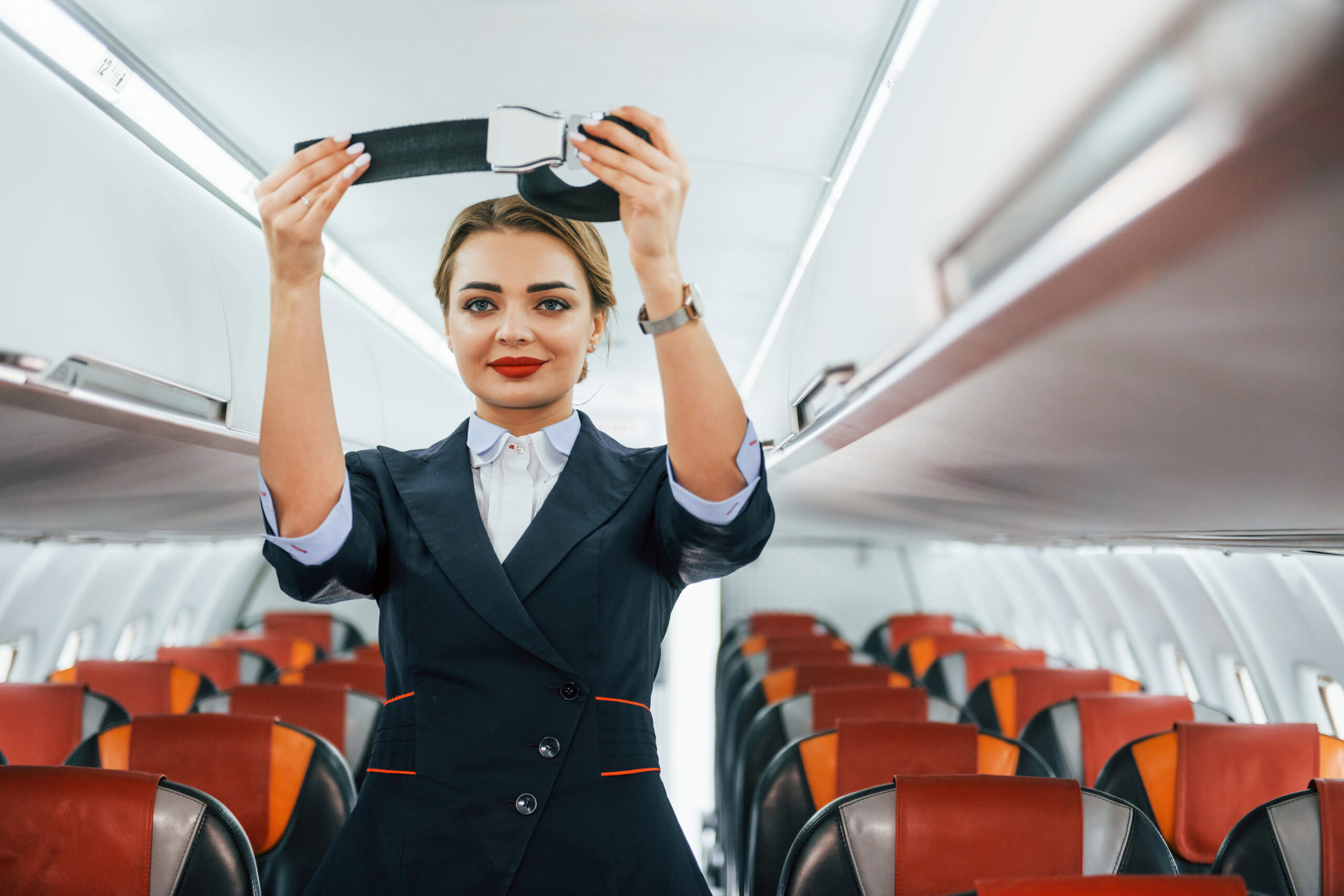 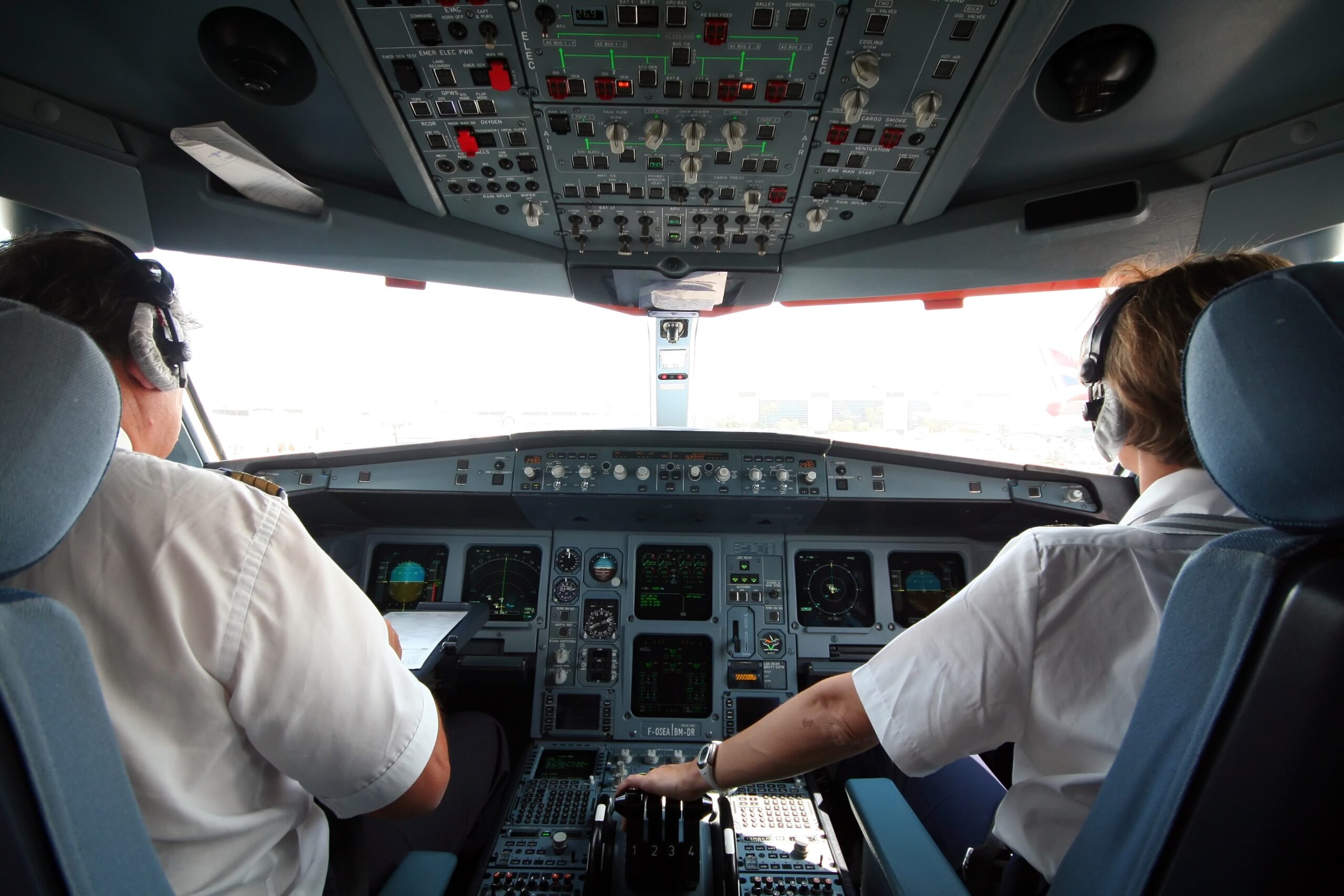 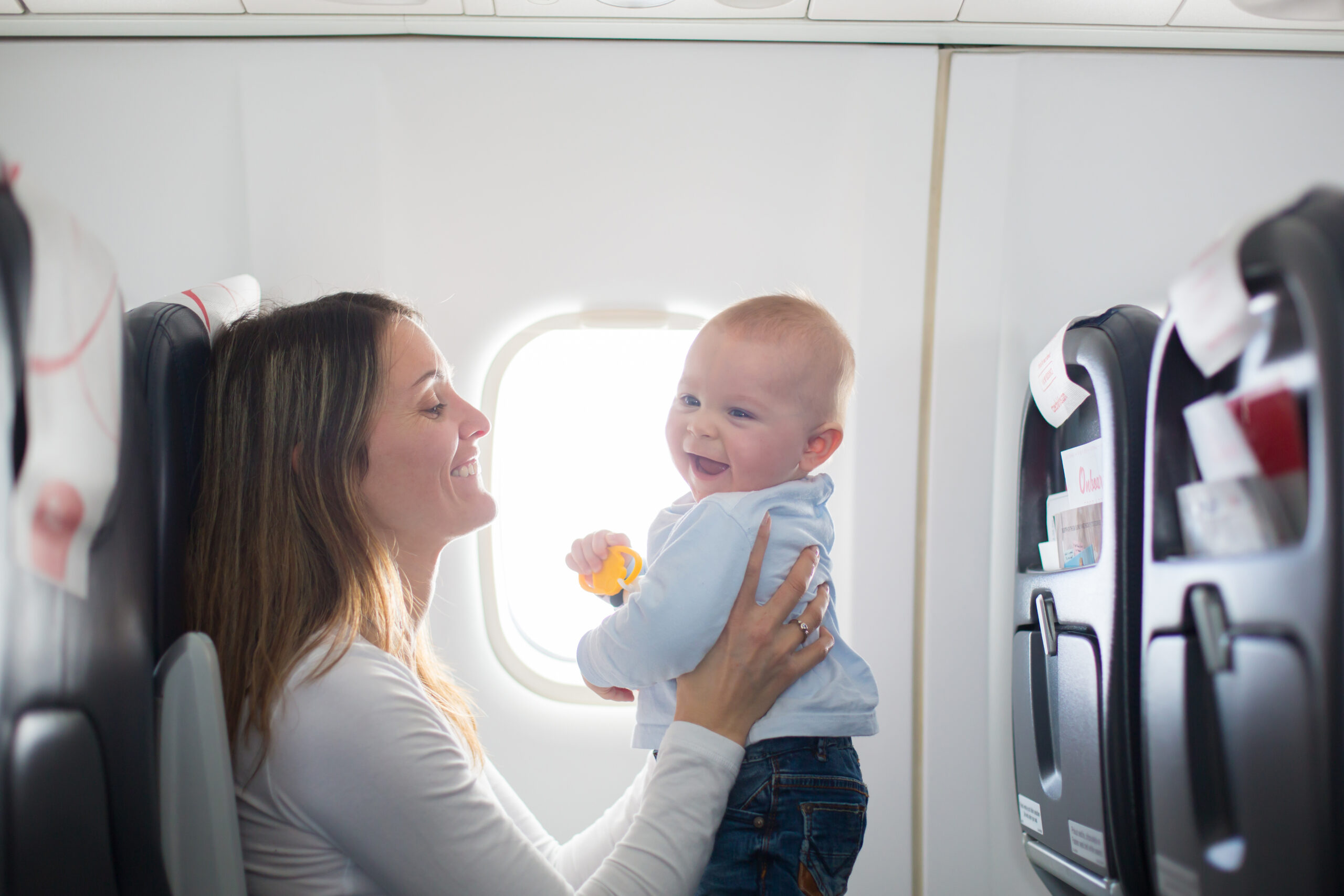